Insisting that the phone call with the 'Black Skinhead' rapper was 'edited and manipulated in order to frame me,' the 'ME! ' hitmaker urges her fans to focus on 'what really matters.'

AceShowbiz - Taylor Swift has broken her silence after her infamous phone call with Kanye West leaked in full. The 25-minute video of the call appears to back up the country-turned-pop superstar's story and now she has insisted that she has been honest all this time.

The 30-year-old singer took to Instagram Stories on Monday, March 23 to address the leaked phone call, saying that it only proves "that I was telling the truth the whole time about *that call*." She stressed that the call "was illegally recorded," "edited and manipulated in order to frame me and put me, my family, and fans through hell for 4 years."

But rather than continuing the discuss over the leaked call, Taylor asked her fans to focus on "what really matters," which is helping each other through the coronavirus crisis. In her next post, she urged people to donate to organizations in need during this time. 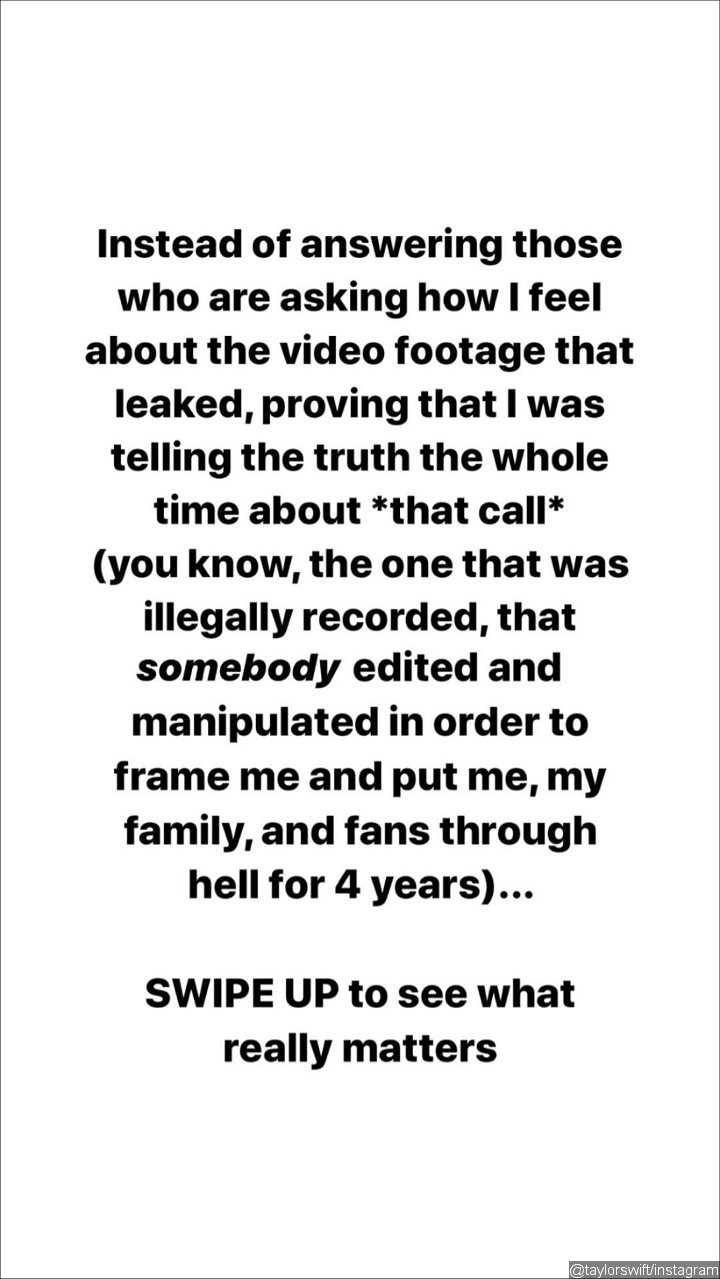 "The World Health Organization and Feeding American are some of the organizations I've been donating to. If you have the ability to, please join me in donating during this crisis," so she wrote. 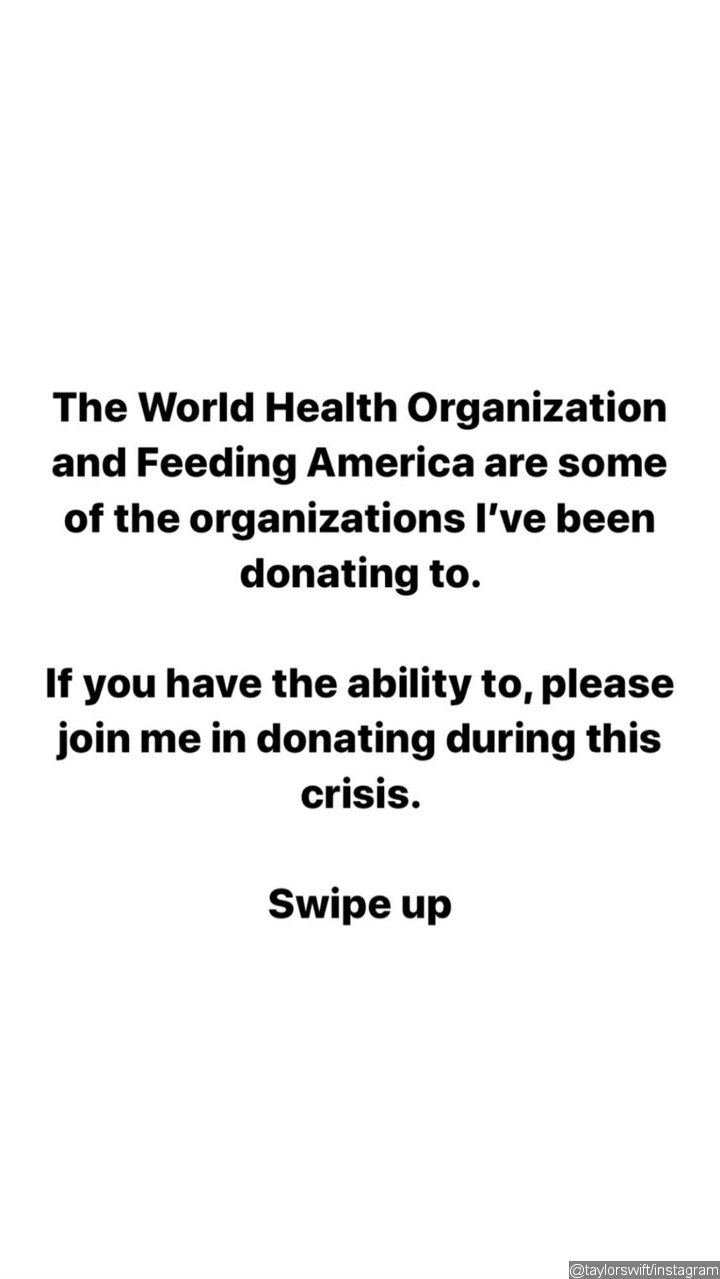 The singer urges her fans to donate in this time of crisis.

Taylor and Kanye's feud reignited in 2016 after the "Black Skinhead" spitter included the lyrics, "I made that b***h famous," on his song "Famous". Taylor felt disrespected and called him out over that, but both Kanye and his wife Kim Kardashian insisted that the pop superstar had given him her permission. Kim even posted a video of their phone call and dubbed Taylor a "snake."

However, the full version of the phone call revealed that Kanye never told Taylor about the infamous line, though he did tell he was going to include the line, "I feel like me and Taylor might still have sex," and Taylor approved of that.

Prior to addressing the leaked phone call on Instagram Stories, Taylor reacted to the matter by liking Tumblr posts that sided with her. One Tumblr post that she liked read, "Taylor told the truth mood board." She also approved another post that stated, "How I sleep at night knowing we were right all this time and now we have the receipts to prove it."

Meanwhile, Kanye's wife Kim seemingly addressed the leaked call as she liked a tweet which read, "The video showed nothing new. We all knew that. I'm so confused right now."

Thandie Newton: My Sexual Abuse Confession Robbed Me of Relationship With My Parents

Sen. Marsha Blackburn Rehashing Old Beef With Taylor Swift: She Will Be Cut Off in Marxist Society