The 22-year-old cosmetics mogul shows to her Instagram followers a large collection of her most extravagant bags by sharing a peak at her closet that contains plenty of Chanel and Louis Vuitton items among others.

AceShowbiz - Kylie Jenner is the envy of designer handbag collectors. Having been known for her large collection of extravagant bags that was estimated worth $1 million, the 22-year-old cosmetic mogul made use of social media to treat her followers to a tour of her luxury color-coordinated closet.

On Sunday, February 16, the "Keeping Up with the Kardashians" star uploaded several photos of the inside of her handbag closet on her Instagram Story handle. The snaps uncovered that her collection included multiple $390,000 crocodile Birkins and $1,320 Saint Laurent and Fendi pieces. Many of them was a limited-edition product. 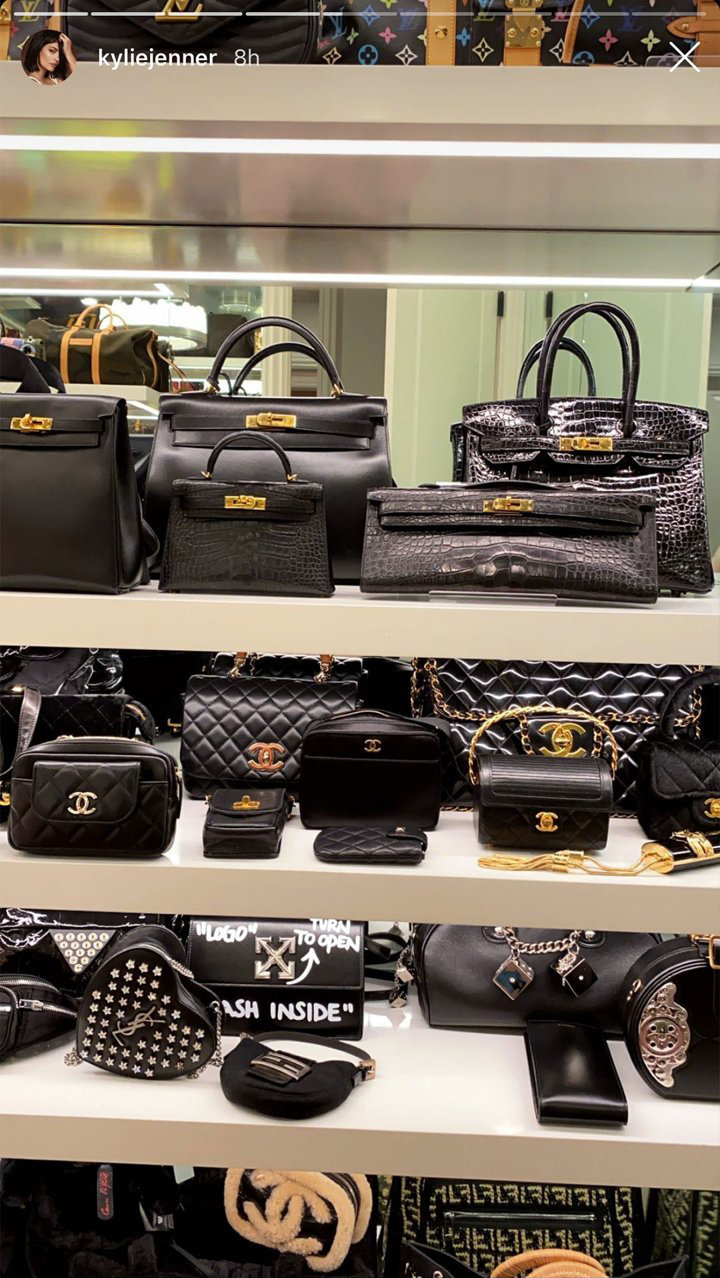 Kylie Jenner took fans on tour to her handbag closet. 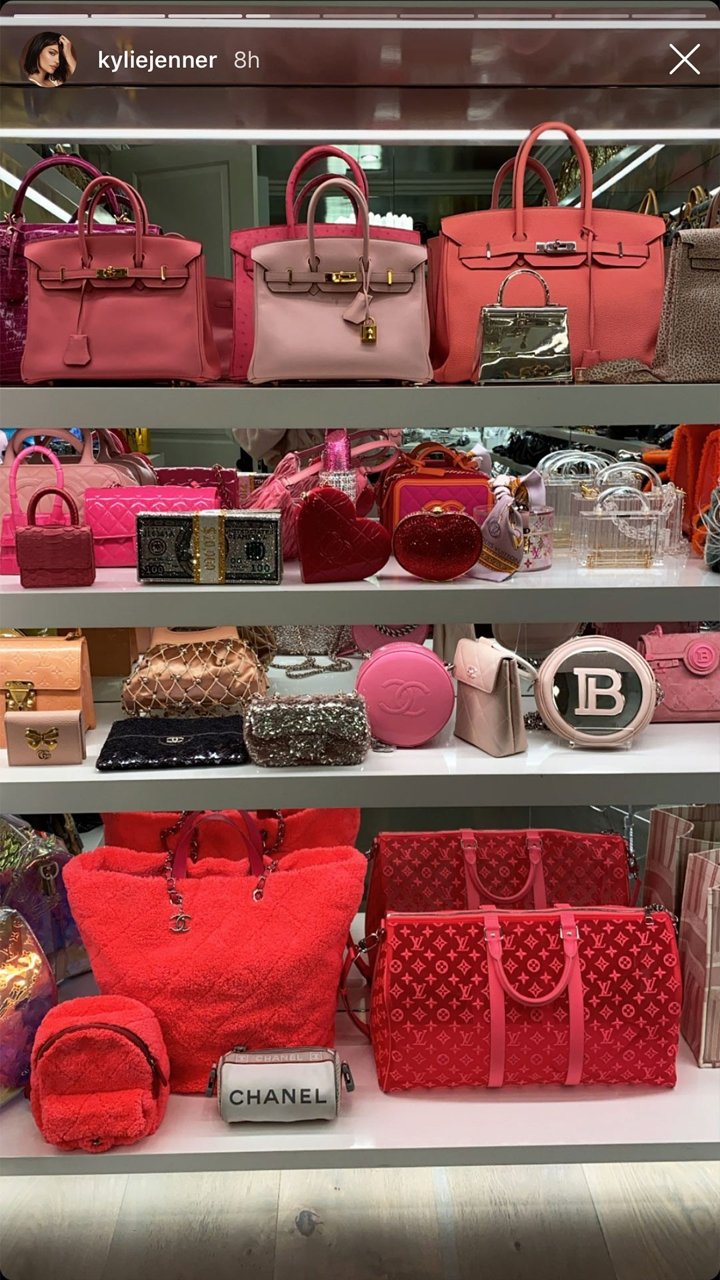 The TV personality showed off her luxurious items. 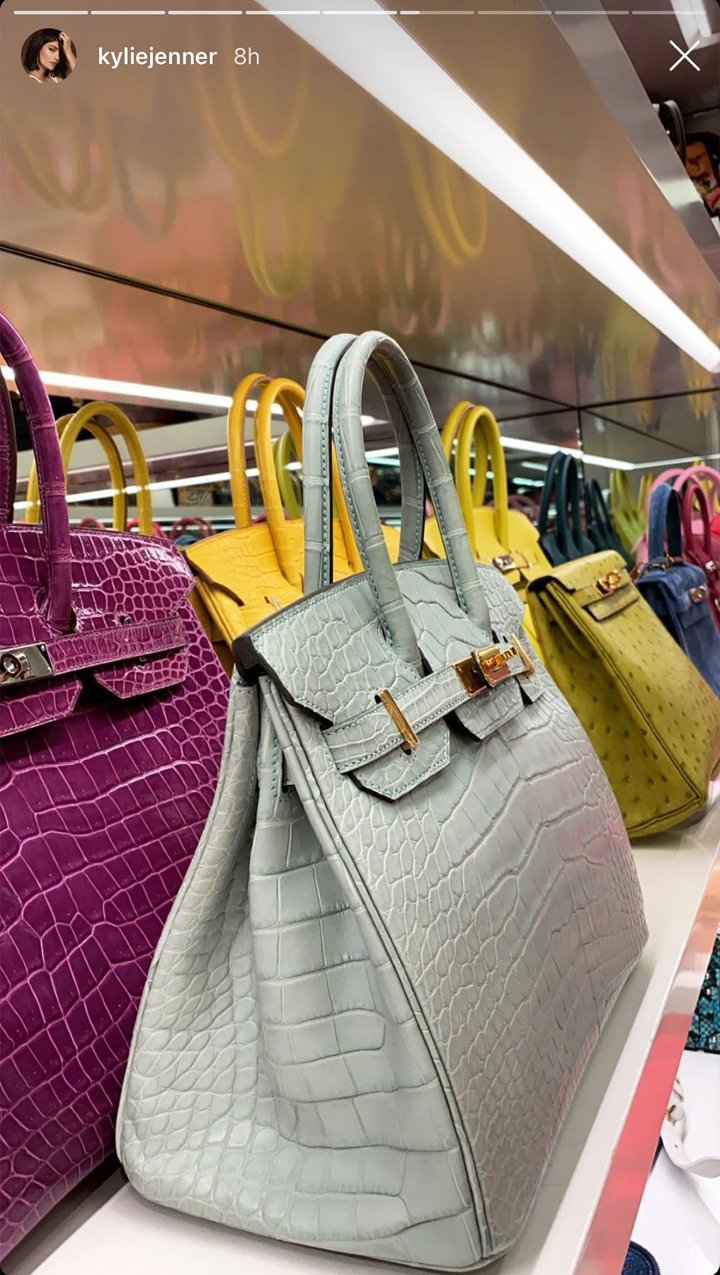 She flaunted her crocodile Birkins.

In addition to Louis Vuitton, Kelly Hermes and Balmain, the younger sister of Kendall Jenner showed off her collection of Judith Leiber clutches which include a stack of cash-shaped one and a pink lipstick-shaped one. Among her massive collection, she labeled one red Chanel heart-shaped bag "the cutest." 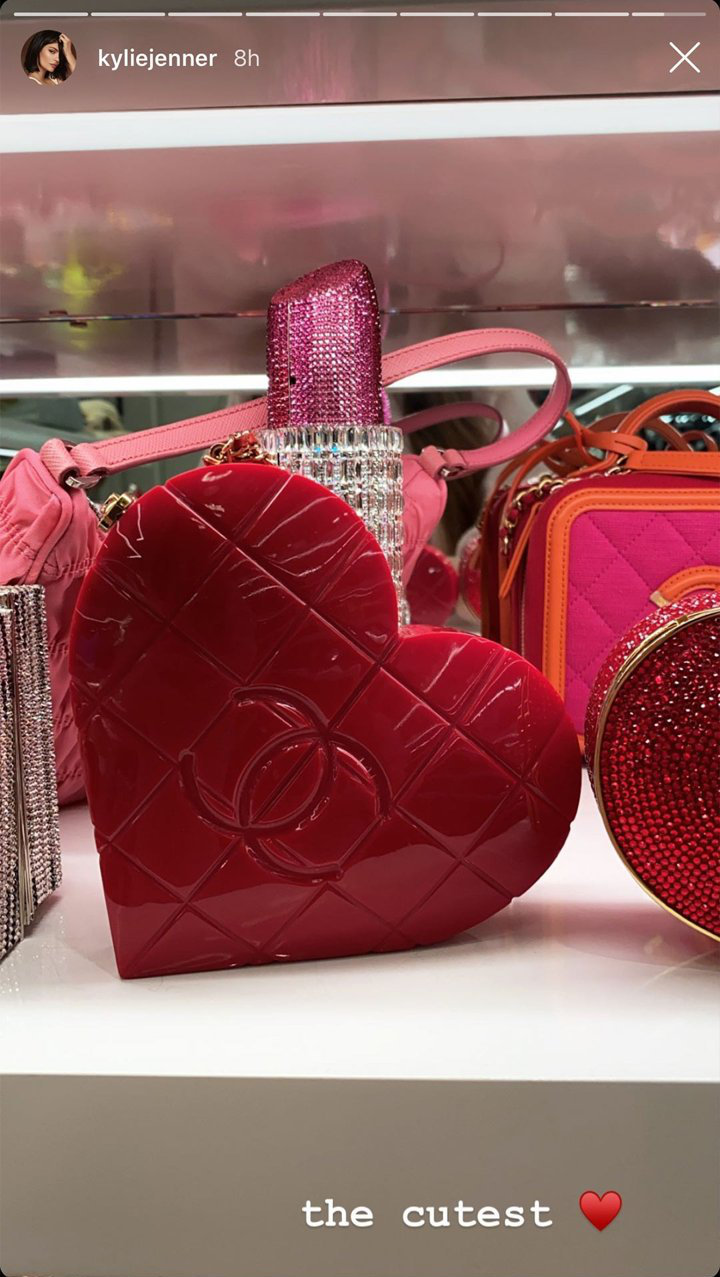 The 22-year-old labeled one of her bags 'the cutest.'

The ex-girlfriend of Travis Scott (II) did not only share a look at her own collection, but also brag about a customized Louis Vuitton bag her half-sister Khloe Kardashian gave to her 2-year-old daughter Stormi. "Look at what Khloe got Stormi for her birthday," she said in a video that saw the item displaying Stormi's name and troll design. "I honestly cannot wait for our next vacation. And Cooper is on here!" 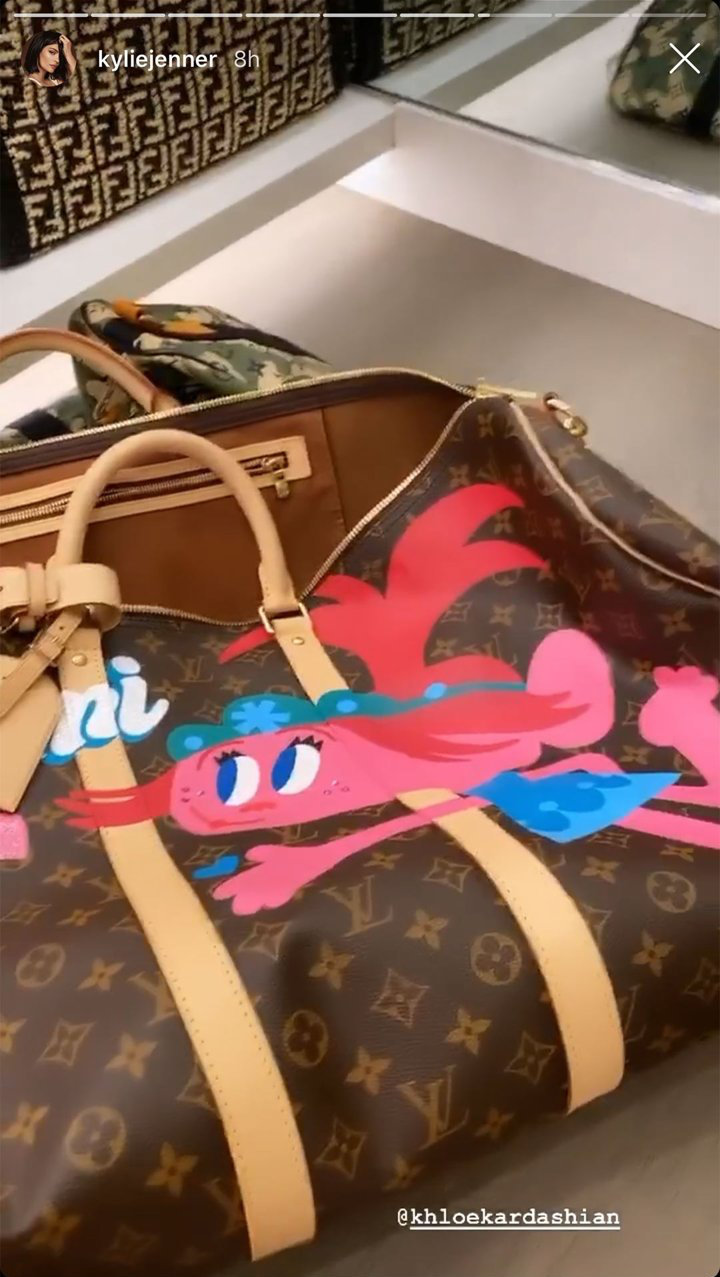 She also bragged about Khloe Kardashian's gift for Stormi.

This was not the first time Kylie showed off her handbag closet. In August 2018, she uploaded a video to her YouTube channel to give fans a tour of her bags collection. Titled "My Purse Closet Tour", she flaunted a mini pink Hermes Birkin which was a gift from Kourtney Kardashian that she planned to give Stormi one day.

"Kourtney gave me this, which I think is super cute," she said of the item. "I was really surprised because I feel like Kourtney never really cares about Christmas gifts, so when she gave me this last year it was really special. This one I'm definitely going to let Stormi wear probably when she says, 'Mommy I want to carry a purse.' "

Kylie Jenner Slams Coronavirus Rumors: I Had Horrible Infection in the Throat

Kylie Jenner Is Not Getting Back Together With Travis Scott, According to Mason Disick