The Boston Celtics player shows his appreciation by liking the sexy picture that features the 'Good Girl Gone Bad' singer showing off her curves in a skimpy underwear.

AceShowbiz - Jaylen Brown liked what he saw in Rihanna's sexy picture. The 23-year-old Boston Celtics player was caught low-key lusting over her latest lingerie pic on Instagram as he pressed the "love" button to show his appreciation.

It was a photo of RiRi wearing a matching bra and panty set from her own underwear line. "Be mine, bih," she wrote a cheeky caption. Models Stella Maxwell & Adriana Lima,former Fifth Harmony singer Normani, and reality TV star Tiffany Pollard were among those liking the post.

Jaylen Brown was rumored to date Instagram model Jacqueline Hawileh after he was spotted with her last year. It's unclear whether or not they're still together. 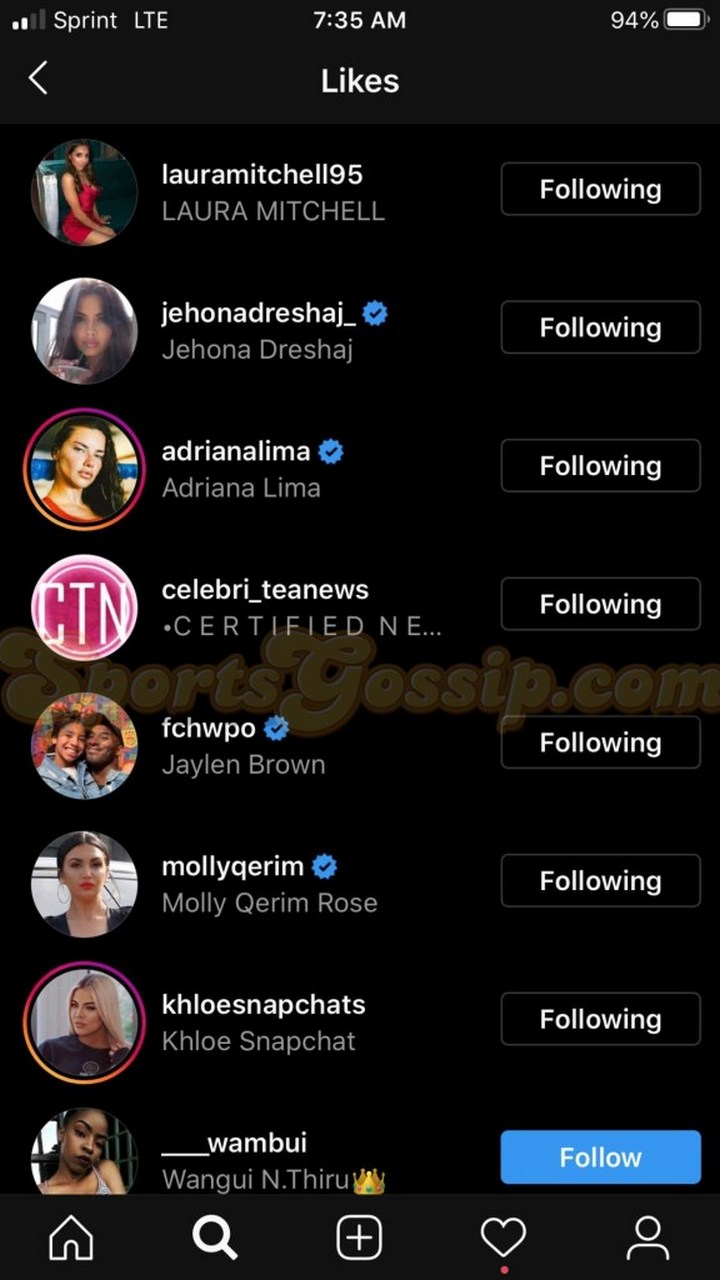 Jaylen Brown likes what he sees on Rihanna's Instagram

It's not the first time Rihanna and A$AP Rocky sparked romance rumors. Back in 2013, they were rumored to hook up after kissing on the set of their music video "Fashion Killa". He was seen groping her butt back then.

Big Sean Shows Big Bulge While Working Out in Sweatpants