Latoia Danet takes to Instagram Stories to reveal that she is the 'Suge' rapper's other baby mama along with a picture of her debuting her baby bump in a car.

AceShowbiz - New details about DaBaby's alleged affair have made its way out online. This time, a woman named Latoia Danet claimed on Instagram Stories on Tuesday, February 11 that she is the rapper's other baby mama and debuted her baby bump online.

In the post on the photo-sharing site, Latoia appeared to be in the car and bared her growing baby bump, putting her hand around it. She wrote alongside the photo, "Guess the cat's out the bag," tagging The Shade Room and DaBaby's Instagram accounts. 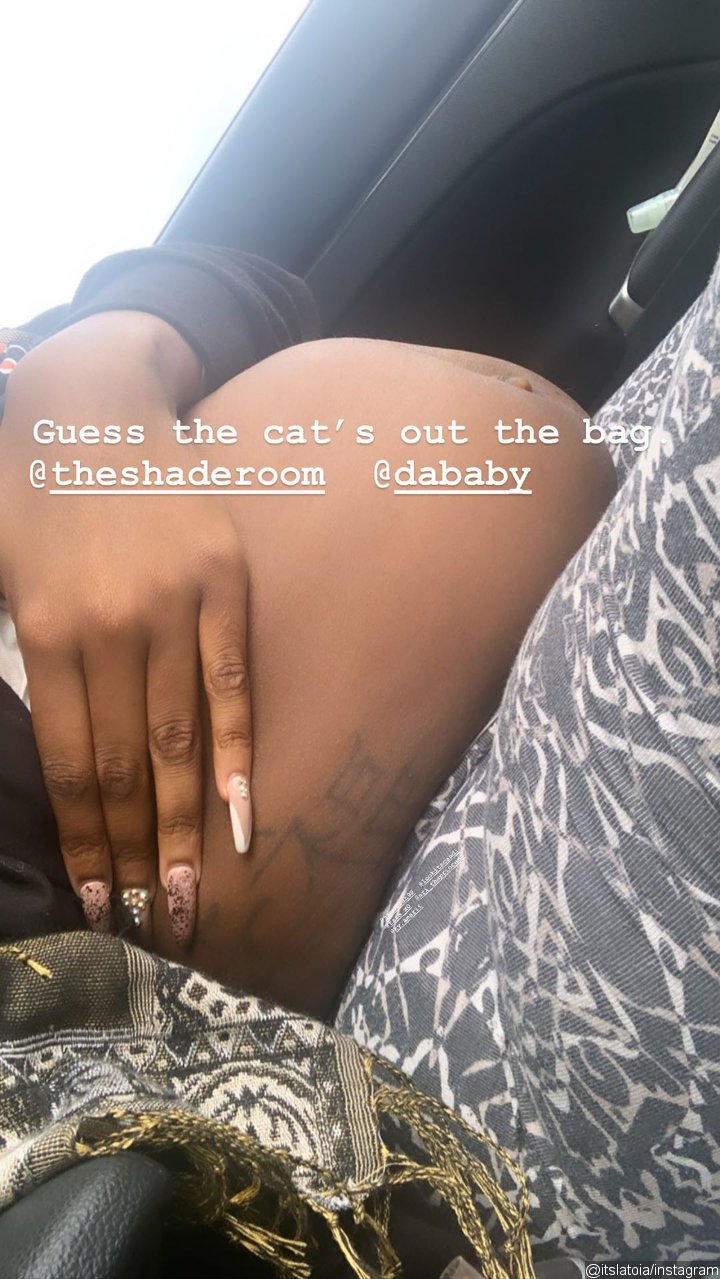 DaBaby's affair allegation emerged earlier on Tuesday when his other baby mama who goes by the name MeMe accused him of cheating on her and impregnating his side chick. "This was your favorite rapper hiding," she posted a screenshot of his DMs. "Don't fall for the cap, another child is on the way and it ain't me." Labeling the "Suge" rapper "the number 1 capper," she added, "Money is POWER. Know it, understand it, I've been asking God to show me the people who aren't for me and he did just that."

The pair then went on to go back and forth on social media, and most recently, DaBaby admitted that he does have a new baby on the way. However, he insisted that he never cheated on MeMe. "I would never speak that on personal, I would never allow internet to look down on a person who births [my child]," he said in an Instagram video.

He later made it clear that "when my new-coming blessing was conceived, me and shawty was not together, shawty was not with me, living with me, was not f***ing with me in any way, shape or form. We wasn't together at the time so don't be fooled. The information that y'all was given today was information that has been out there. It was just kept off the internet as it should have been."

Besides DaBaby, These Rappers Get Involved In Physical Altercation With Fans

DaBaby Claims Alleged Victim Was Not the One He Slapped