The 'Heart Attack' singer has been tapped to host 'Pillow Talk' for a 10-episode series where she will interview celebrities and experts on issues ranging from body positivity to sex.

AceShowbiz - Demi Lovato has landed a new role as a talk show host.

The singer and actress will interview guests for "Pillow Talk with Demi Lovato", a show set for Jeffrey Katzenberg's new streaming site Quibi.

The 10-episode series will feature Demi chatting to celebrities and experts on issues ranging from body positivity to sex. 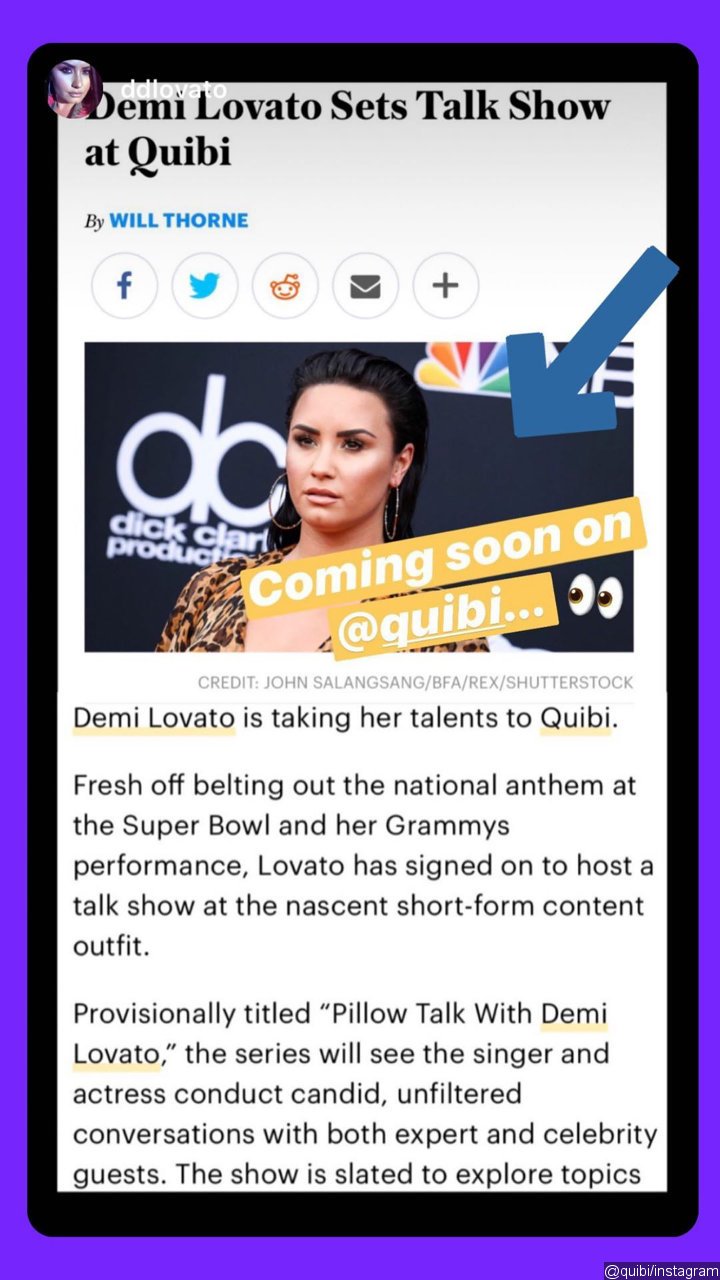 Lovato, who will also executive produce the project, says, "I've always considered myself someone that speaks honestly about issues that face my generation. We're excited to bring those frank conversations to a public forum, where people can have the opportunity to relate to the topics and guests, while finding room for laughter and learning."

Quibi is scheduled to launch in April, with over 50 scripted and unscripted series, news, sports and lifestyle programmes booked. Each show will last 10 minutes or less.

Artist of the Week: Demi Lovato