The 'On the Floor' hitmaker sports a custom Versace coat featuring 40,000 red, blue and white feathers when she takes the stage for her Halftime Show performance with Shakira.

J.Lo stunned with a performance for the ages, alongside Shakira, but not everyone is celebrating her set, with PETA bosses upset with her Puerto Rican flag coat, made up of feathers.

"This flag could have flown without killing birds," a tweet from PETA reads. "Dozens of birds were KILLED for this #SuperBowl #PepsiHalfTime performance."

The tweet also included side-by-side images of Lopez wearing the coat and dead, plucked birds hanging on hooks in a processing plant. 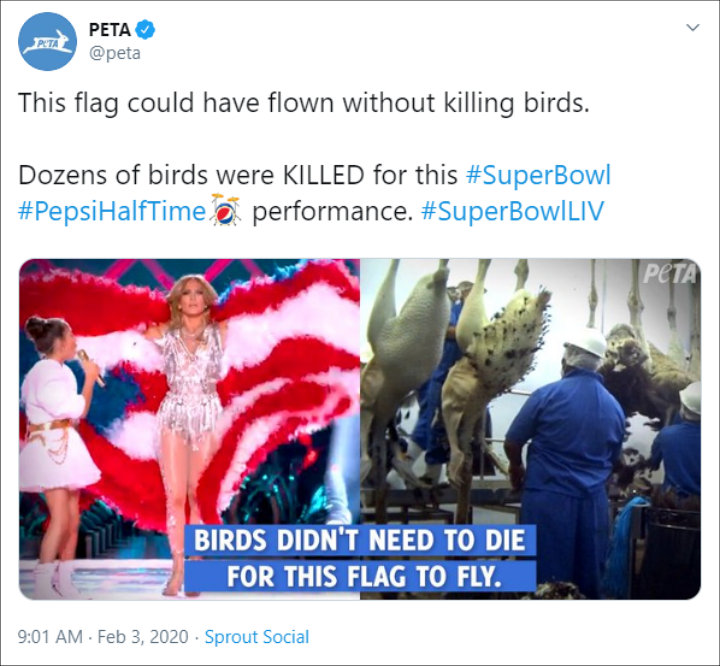 "The monumental banner depicts the United States of America's stars and stripes on one side, and Puerto Rico's flag on the other," a spokesman for Versace explains. "All feathers used for the flag were sourced ethically."

Lopez has yet to personally respond to PETA's tweet.

Jennifer Lopez's Planned U.K. Tour Thrown Up in the Air Due to Coronavirus Crisis