Tracey Goulding posts 'a genuine apology' in one tweet and then blames her critics in another before her Twitter disappears and her Instagram is set to private.

AceShowbiz - Ellie Goulding made headlines because of her mother Tracey who came under fire after taking a jab at Myles Stephenson. She tweeted in a post that has since been deleted, "Didnt notice it so much on jungle but what's with #myles #gmb trying to sound like a black dude ??"

The British rapper fired back, "Please tell me what a 'black dude' sounds like Trace? I'll be sure to tell my 'black' side of my family that I sound like them! They'll be happy! 2020 and racism already starting." 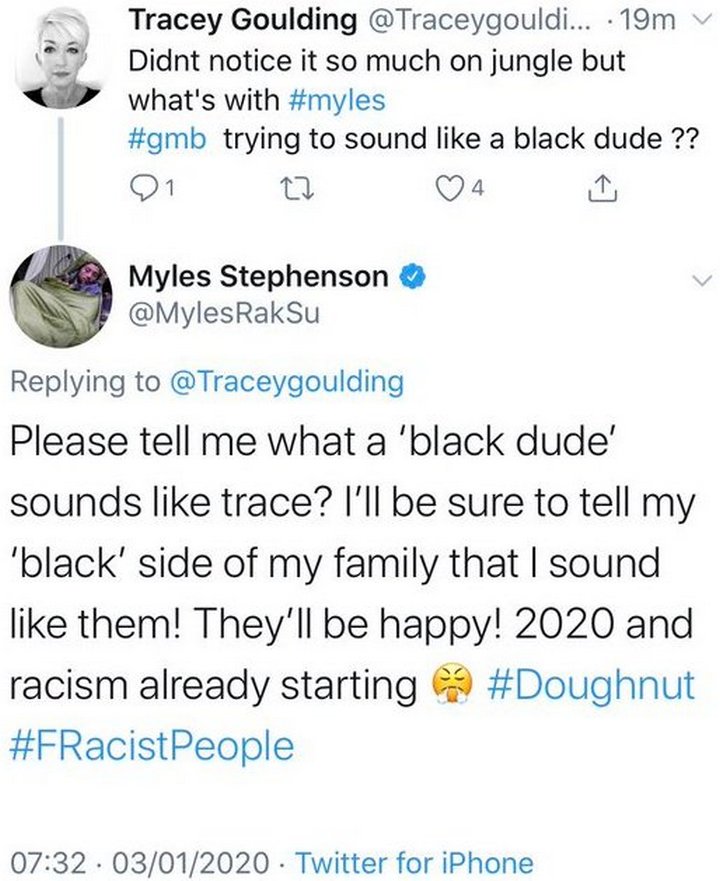 He continued, "Say anything you want about my presenting ability but I will not tolerate racism one bit! Especially when I'm just trying to brighten peoples day & ESPECIALLY when your saying that me & my ethnic background sound a certain way! @Traceygoulding you should be ashamed!"

Myles Stephenson, whose father is Jamaican, gained fame after winning "The X Factor" in 2017 with his hip-hop group Rak-Su. He recently took part in survival show "I'm a Celebrity...Get Me Out of Here!" with Caitlyn Jenner. Following his elimination, he appeared on "Good Morning Britain".

Following the backlash, Tracey Goulding quickly apologized, "I'd like to apologise so much to you Myles and any upset it may have caused, I wrote something very childish I'm SO not racist, it was a flippant remark. I feel so totally ashamed about doing, it was taken out of context please forgive x."

"I have sent you a genuine apology," she said in her next tweet. "I am not racist at all, it was taken out of context." She was seemingly annoyed as she blamed her critics, "If you want to use it and folk want to use it, by all means carry on. I have not racially abused anyone it's a shame you think so." 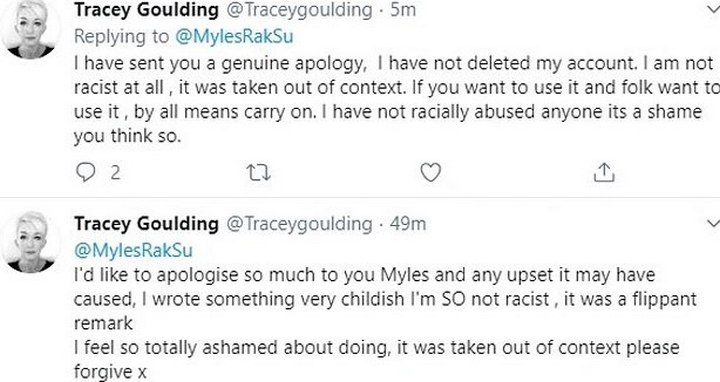