The former 'Glee' star says in a TV interview that she would love to join the cast ensemble of the upcoming movie adaptation of the Broadway classic 'Wicked'.

AceShowbiz - Lea Michele is patiently "waiting" for casting directors to call her for the opportunity to star in the long-gestating movie adaptation of hit Broadway musical "Wicked".

The former "Glee" actress/singer would love to portray Elphaba - the role made famous by Idina Menzel in the original New York stage production back in 2003 - but Michele has yet to hear anything about auditions.

She shared her interest in the part during an appearance on "Watch What Happens Live" on Thursday, December 19, when a fan called into the U.S. talk show and insisted she would be perfect as the Wicked Witch of the West, who famously sports green body paint.

"That would be incredible," Michele gushed when the caller suggested she tackle the iconic role.

Addressing the status of the planned movie musical, she continued, "I don't think that they've gotten to the point of talking to people about it yet. If they have, they haven't called me!"

"But I would (definitely be interested), yes. I'm like, backstage, painting myself green, just waiting for someone to call!"

Kristin Chenoweth previously starred opposite Menzel in the Broadway show as Glinda the Good Witch, and she recently insisted "Wicked" superfan Ariana Grande should be cast as Elphaba, with "Descendants" actress Dove Cameron as Glinda.

"It has to be!" Chenoweth told Vulture. "I'm not a casting director, but I am a wise woman."

The "Wicked" movie, based on Gregory Maguire's 1995 book "Wicked: The Life and Times of the Wicked Witch of the West", is expected to be directed by Stephen Daldry, and is currently scheduled to open in theatres in December, 2021, after studio officials at Universal delayed plans for a 2019 release. 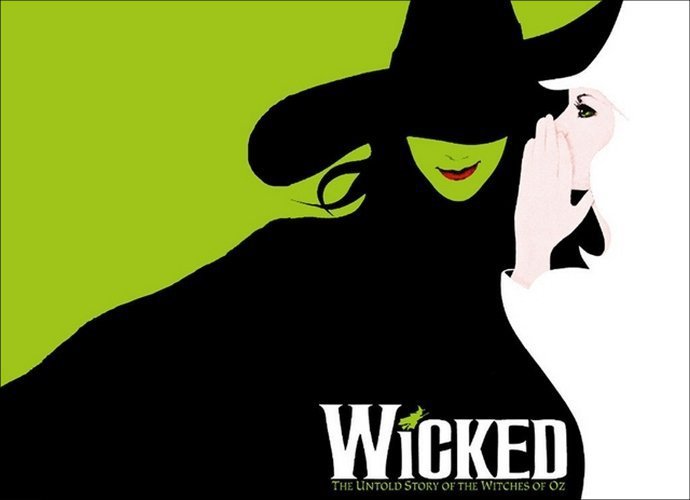