During a Twitter Q'n'A with fans, the 'Bring the Funny' judge also reveals why she doesn't worry about 'bickering' with her singer husband in front of fans or staff at home.

AceShowbiz - Chrissy Teigen has opened up about the one thing she "can't stand" about her husband John Legend during a Twitter Q&A with fans.

The "Bring the Funny" star was chatting to followers when one asked about her musician husband's bad habits - and Chrissy didn't hold back.

Asked what's the "one thing she can't stand" about her man, the model responded: "Scheduling."

"He will tell me something he knows I didn't hear and get mad when I am confused later," she wrote, sharing the example: "'Hey, I'll take Luna to school today and also I'm going to Washington D.C. next week'." 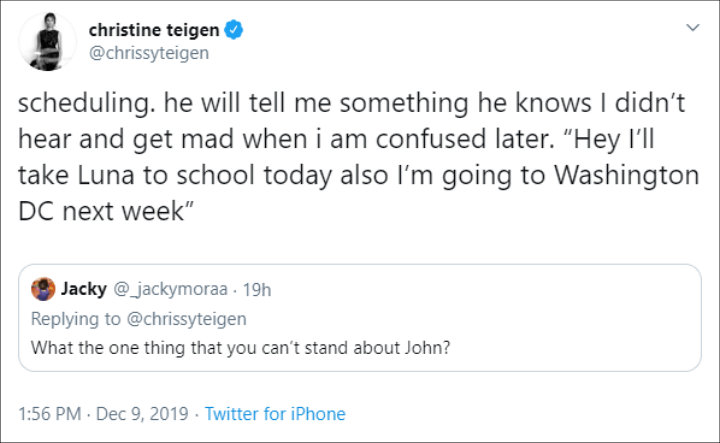 The star also revealed she doesn't have to worry about "bickering" with her husband in front of fans or staff at home - because he has learned not to answer back.

"I don't hide anything. I fight in cars, I fight at home, I fight at the airport. I don't care. John just won't fight back," Chrissy confessed. 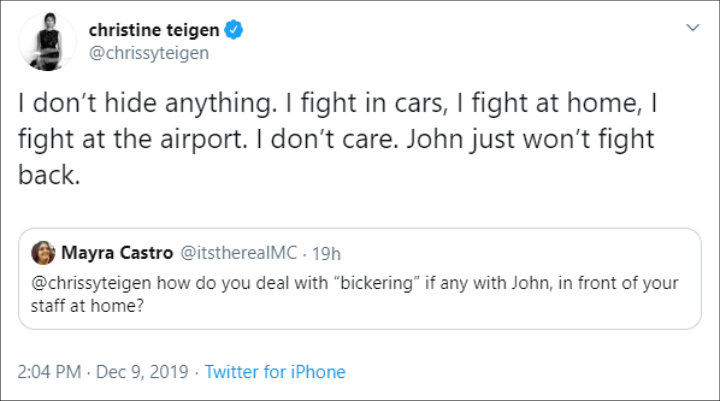 Once she'd finished taking shots at her husband, the "Lip Sync Battle" host also opened up about one famous face who "rubbed me in an extremely wrong way" when they appeared on the show. However, she refused to name names. 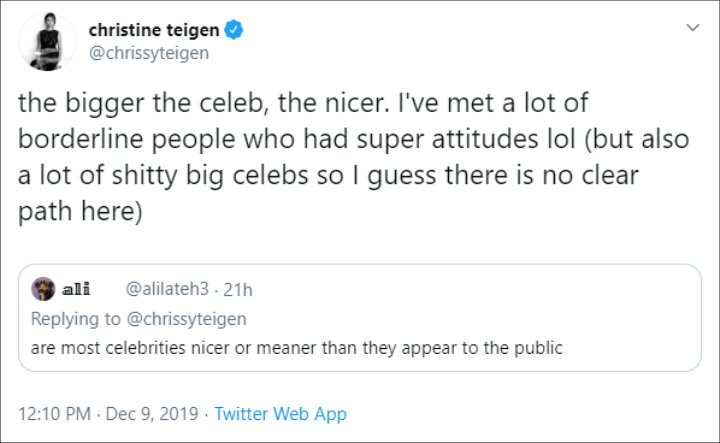 Instead, she hinted: "The bigger the celeb, the nicer. I've met a lot of borderline people who had super attitudes lol."