The 'Love and Hip Hop: Hollywood' member has a feud with a female social media personality, accusing the woman of seducing her fiance Devon Waller and warning her to back off.

AceShowbiz - Just days after announcing her pregnancy, Hazel E is facing the possibility that her baby daddy Devon Waller cheated on her. The drama is revealed after she called out Celina Powell, a social media personality known as Black Widow, on Instagram Stories.

Hazel showed screenshots of her telling Celina to back off, "B***h get out my husbands DM." The Black Widow who was once linked to Aaron Carter replied, "He wrote me dum dum." She later told Hazel, "First of all b***h ya husband been thirsty on my s**t & don't worry I have his number dumb a**." 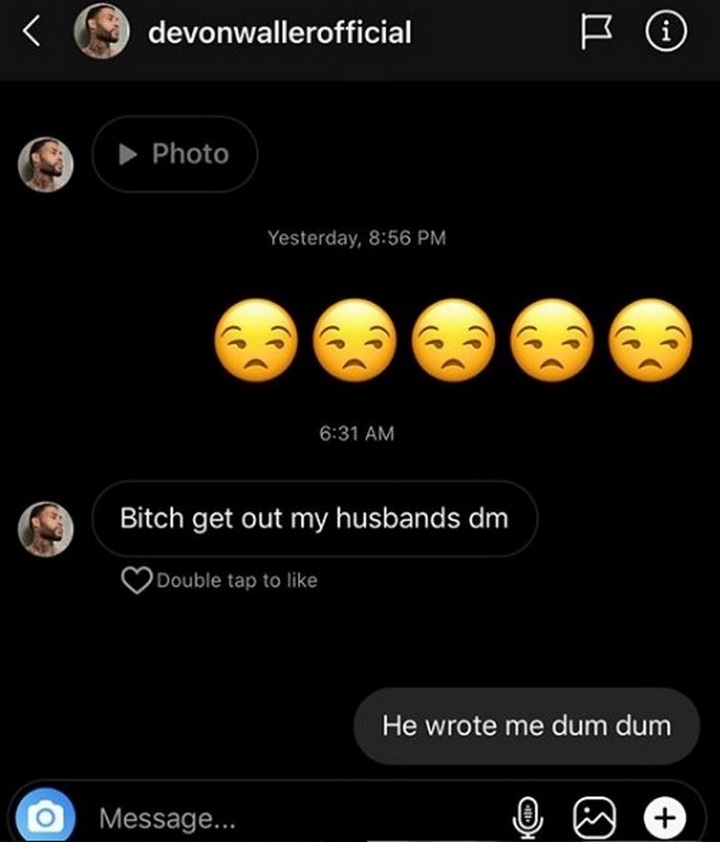 Hazel E and Celina Powell get into catfight

The pregnant VH1 reality TV star was skeptical of Celina's story so she told her to call Devon and see if it works. "Phone still ain't ring. Now she will make fake DMs," the "Love & Hip Hop: Hollywood" member claimed.

Celina did post a series of pictures showing Devon allegedly texting her. "You're the girl from last night, right," he asked her in one of the screengrabs. In another, he told her, "My wife has access to my account. So idk how I can talk to you." 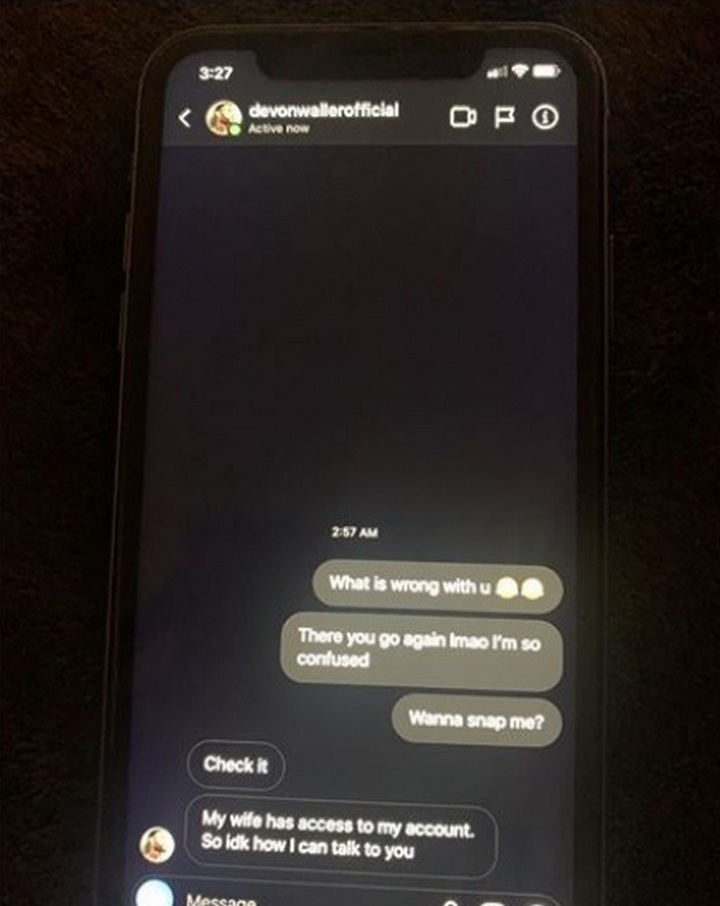 Celina also shared an image showing Devon liked a couple of her Instagram pictures. "@hazelebaby he likes ALLLLL MY STUFF," she taunted the TV personality.

Hazel E and Devon Waller got engaged in October. They sparked pregnancy rumors following the Thanksgiving holiday before she finally confirmed it with a doctor visit. It will be the couple's first child together.

She was previously in a relationship with rapper/stand-up comedian Katt Williams. They broke up after she had miscarriage which she revealed in a 2016 interview. "It was actually very hard because we had to separate. He handled it a little bit different than I did and he was a little bit more disappointed and I kinda needed a friend," she said.