Assuring fans that she and her daughter are safe at home, the former adult film star shares videos of helicopters surveying the area where a shooter opened fire at the naval base.

AceShowbiz - Former adult film star Jenna Jameson has reassured fans she is safe after a shooter opened fire near her home in Pearl Harbor, Hawaii on Wednesday, December 04.

The 45-year-old and her two-year-old daughter, Batel, were at home when a U.S. sailor opened fire at the naval base, and following the frightening incident, she took to Instagram Stories to recount her experience with her followers.

"A mass shooting just happened next door to us at Pearl Harbor," she shared. "Me and Batelli are safe. Prayers for the victims." 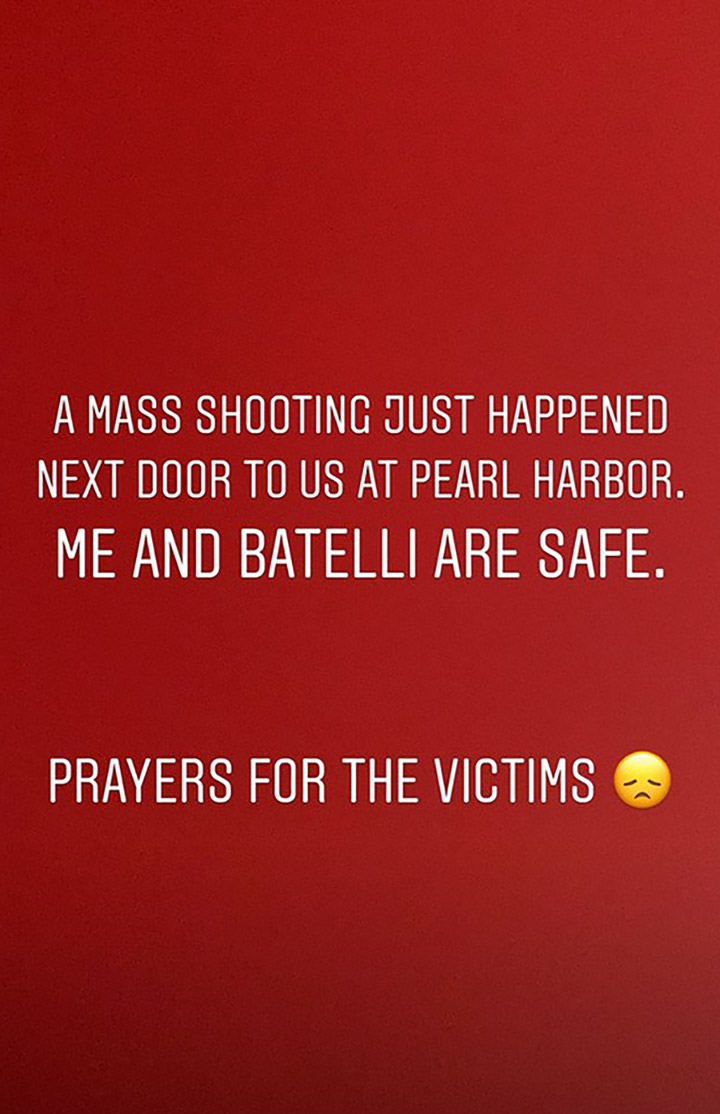 She later shared videos she took of helicopters surveying the area shortly after the latest shooting drama.

"So, lots of military around where we are," she said in the footage. "As you know, we live right next door to Pearl Harbor that just had the mass shooting (sic). As you can see, we have lots of military happening. So Pearl Harbor is right there, and I guess it's surrounded by SWAT. I guess three people have died, four people were shot? Super sad that it's so close to home."

It is unclear if her fiance, Lior Bitton, was at home at the time.

Two Department of Defence civilian workers were killed and a third was injured before the gunman turned the gun on himself.

The tragic event occurred three days before the 78th anniversary of the Japanese bombing of Pearl Harbor during World War Two.