The girl group led by judge Nicole Scherzinger takes on 'The X Factor: Celebrity' stage to perform a medley of their hit songs as well as a new tune 'React' in revealing latex costumes.

Officials at British TV regulator Ofcom confirmed to WENN that they received 419 complaints about their appearance on the show, with officials confirming that the bulk of complaints were about their sexually suggestive performance.

The band, led by "X Factor" judge Nicole Scherzinger, performed a medley of their hits, including "Don't Cha" and "Buttons", as well as new track "React", in revealing latex costumes - infuriating some viewers who feared kids would be watching before the 9pm watershed allowing adult content.

Confirming Ofcom chiefs are mulling an investigation, a spokesperson for the organisation said: "We are assessing the complaints against our broadcasting rules, but are yet to decide whether or not to investigate."

On Twitter, viewers expressed their displeasure in strong terms - with some comparing the gig to soft pornography.

One angry fan wrote: "That was an absolutely disgraceful spectacle of the pussycat dolls and before the watershed, with kids watching! Their excessively revealing and totally inappropriate 'outfits' and S&M style dance moves wouldn't have been out of place on an adult channel!" 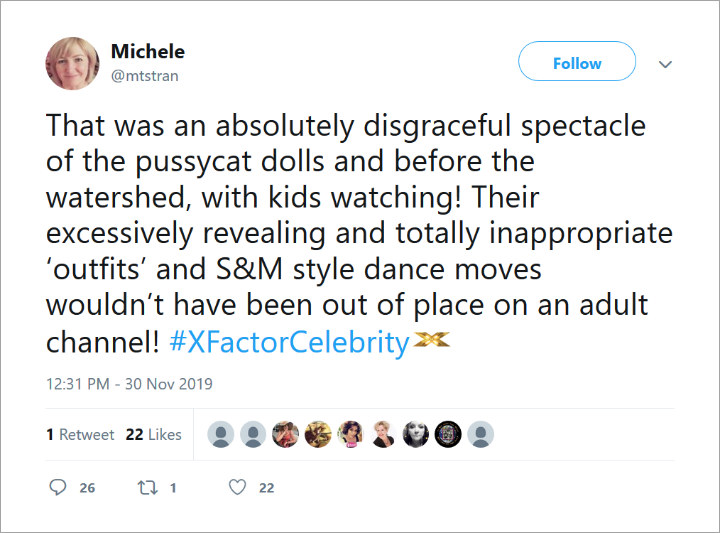 Another added: "What the hell - pussycat dolls nearly naked nearly lap dancing - my 9 year old daughter is watching this with me - seriously - it's just wrong! No wonder kids have massive issues with self-image, this should not be allowed!" 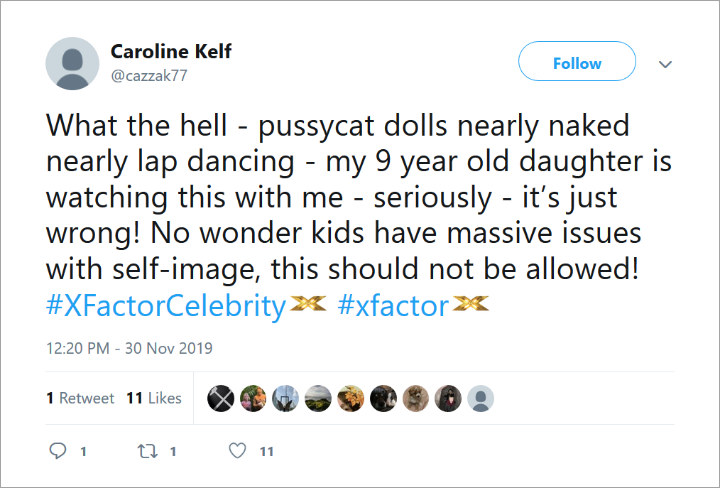 The group have now announced a reunion tour, with dates booked for the U.K., Ireland, New Zealand, and Australia next year (20).

The Pussycat Dolls Push Back U.K. Reunion Concerts to October