Many fans express their love for the 'Break Up with Your Girlfriend, I'm Bored' singer and her natural hair after she offers a rare glimpse of it in an Instagram Story video.

AceShowbiz - Ariana Grande has given her fans a rare look at her natural hair. The 26-year-old actress/singer is known for her signature long, sky-high ponytail, but her true texture is actually much curlier and thicker than what people usually see.

On Monday, November 25, the "Thank U, Next" hitmaker took to her Instagram Stories to share a black-and-white video of her sporting her natural curls. In the brief clip, Ariana was filming her reflection in the mirror with her hair being pulled up into a high ponytail. She ran her fingers through the ends as she held her phone with the other hand. She captioned it with "the most hair." 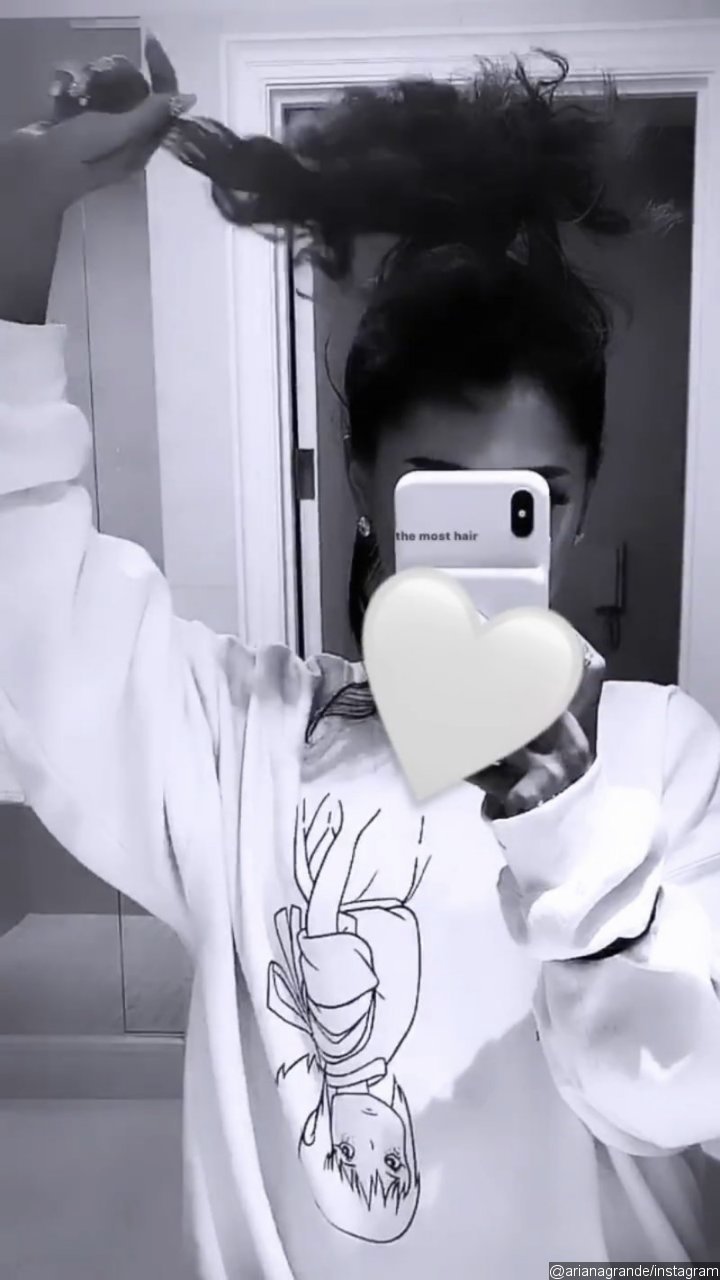 Her fans are simply obsessed with her natural curls, as one asked on Twitter, "you [sic] hair is insane. when will we see you on stage w it?" Another would love to see more of Ariana's natural hair, writing, "I LOVE YOUR NATURAL HAIR SO MUCH!! PLS WEAR IT LIKE THAT OFTEN." Another chimed in, "KEEP UR HAIR LIKE THIS ALL THE TIME ISS HELLA CUTE."

Ariana previously showed off her natural hair sans extensions in February. At the time, the former "Victorious" star revealed that she had been trying to grow out her hair after it was damaged due to bleaching when she dyed it platinum blonde. "they gotta grow first ! that blonde last year …..... tarnished. BUT they’re like halfway back. :)," she responded to a Twitter user.

She also once explained that her natural hair was damaged when she bleached and colored it bright red for her Nickelodeon show "Sam & Cat". Explaining why she always has the same ponytail style, she confided with her fans, "My actual hair is so broken that it looks absolutely ratchet and absurd when I let it down. As annoying as it is for y'all to look at the same hairstyle all the time, it's all that works for now (and I'm comfortable for the first time in years)."

'AGT': Julianne Hough and Gabrielle Union Criticized for Their Appearance Through 'Excessive Notes'