The 'Ad Astra' star and the 'Arrested Development' actress have been quietly hanging out for months, and most recently were seen attending the Wilding Cran Gallery together.

AceShowbiz - Brad Pitt has been keeping his love life out of the spotlight following his split from Angelina Jolie, but he couldn't stop people from speculating about whom he's currently dating. The actor is now rumored to be romantically linked to actress Alia Shawkat, who is 25 years his junior.

According to various sources, the 55-year-old actor and the 30-year-old actress have been quietly hanging out for months. But it's not until now that their dating report emerged, following their latest outing together.

Over the weekend, the "Moneyball" star and the "Arrested Development" alum were spotted visiting an art exhibit at the Wilding Cran Gallery together. In photos shared by Instagram user Meral Duran, the two of them were seen talking to different persons at the gallery. The two showed no PDA, but at one point Brad smiled while looking at Alia's direction.

They also had dinner together the same night. In a picture taken by an eyewitness, Alia and Brad, still in the same outfits they wore at the gallery, were seen sitting in the opposite direction to each other at the restaurant. 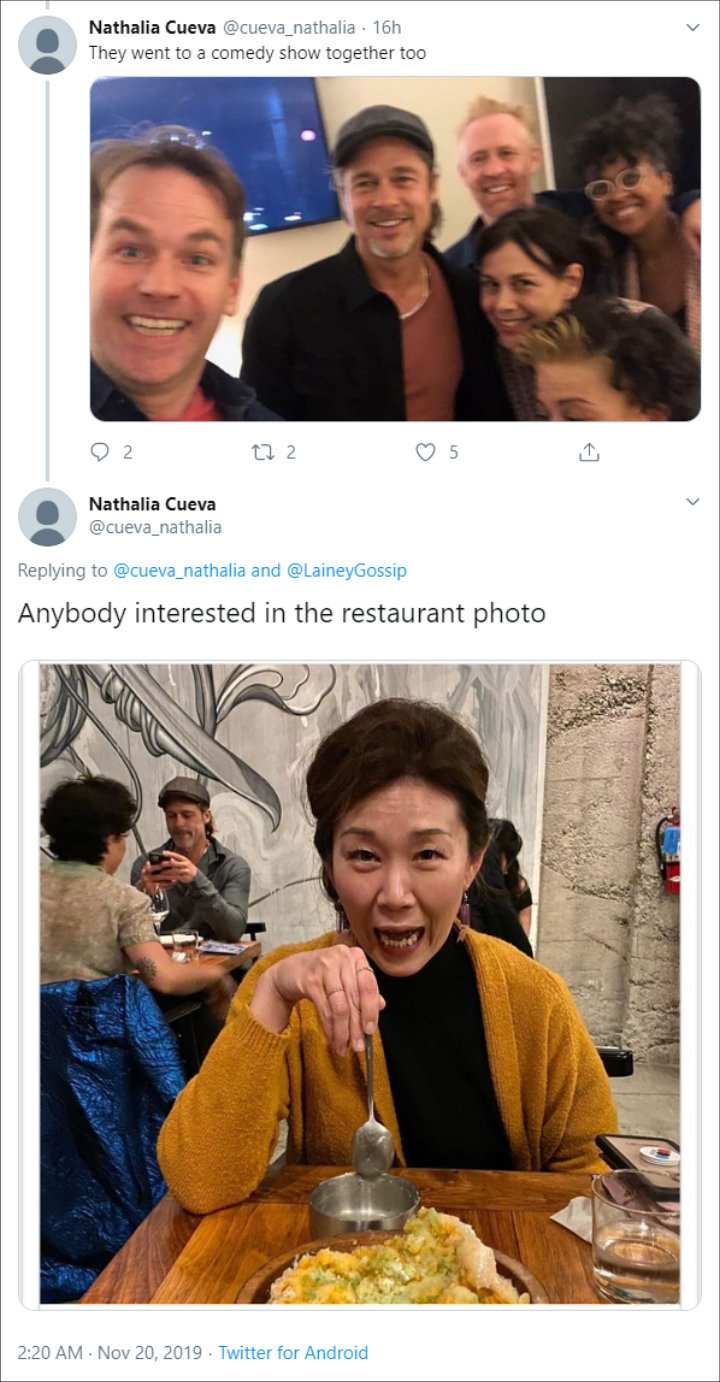 Brad Pitt and Alia Shawkat have been spotted together on different occasions.

That reportedly was not the first time they were seen together. The father of six and the "Search Party" star attended comedian Mike Birbiglia's one man show in Los Angeles, "The New One", in October, during when the alleged couple was photographed backstage with Mike after the show. Brad and Alia also attended Ethan Cohen's "A Play Is a Poem" in L.A. back in September and were seen leaving the event in the same car.

It's not clear if they are dating or just hanging out together, but some social media users have reacted to the news. "Alia Shawkat and Brad Pitt are probably not dating but they also could totally be dating and I'm freaking out," one wrote on Twitter.