The 'Real Housewives of New Jersey' star and her husband reportedly won't go near each other during Teresa and their daughters' stay in his native country to visit the former jailbird.

AceShowbiz - Teresa Giudice and Joe Giudice's reunion in Italy was reportedly not as beautiful as it's seen in photos. The reality TV star and her four daughters recently traveled to the European country to visit the girls' father, but it apparently didn't go smoothly for the couple.

According to Radar Online, things were tense between Teresa and Joe during her stay in his native country. "Teresa and Joe are arguing a lot, and won't go near each other," a source tells the site before Teresa and her daughters returned to the U.S.

The source says while the girls were enjoying their time with their dad, it's not so much fun for Teresa. "The girls are very happy with their dad and love seeing him, but Teresa has a different attitude. Things are tense," the source dishes.

Of the family's new photos taken in Italy that showed them cheerfully smiling to the camera, the source claims, "All of the photos of them together seem forced."

The so-called insider additionally explains why the couple only grew apart after their reunion in Italy. "The ladies both don't like how Teresa treated Joe during his prison stint and didn't want to see her and blame her for all of Joe's problems," so the source claims.

Teresa and her four daughters, Gia, Gabriella, Milania and Audriana, flew from New York's JFK airport to Italy on Thursday, November 7. The 49-year-old businessman moved to his native country while awaiting final decision on his deportation appeal. 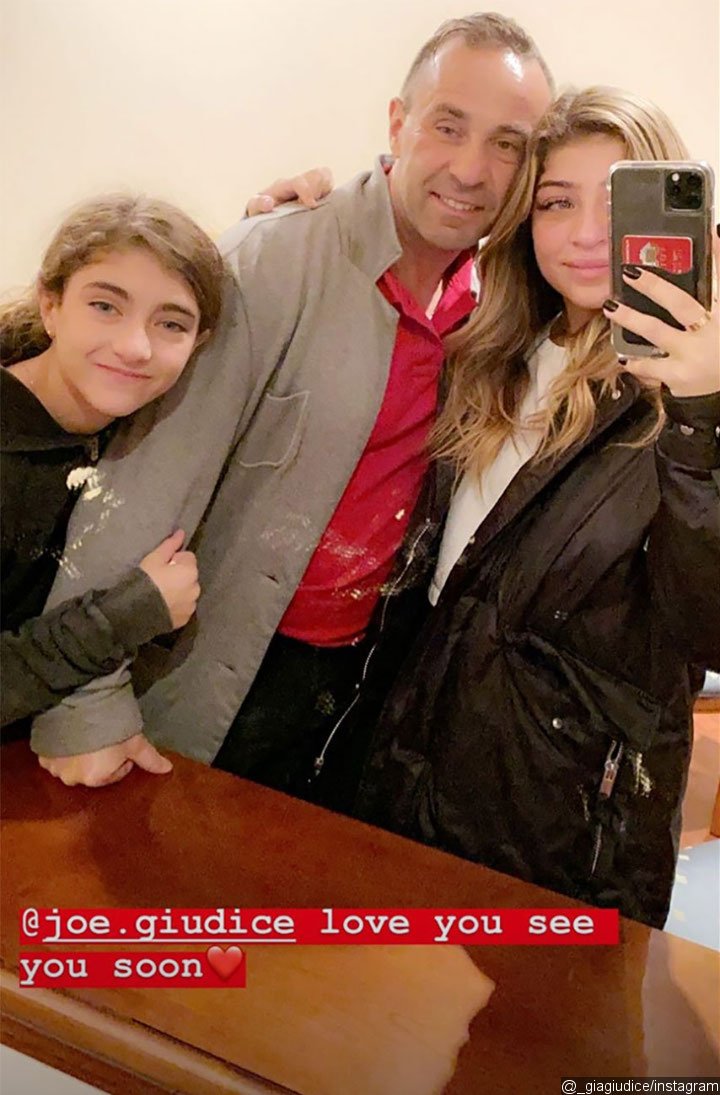 Gia Giudice shares her photo with father Joe as she and her family return to the U.S. after visiting him in Italy.

The family has now returned to the U.S., with Gia sharing a selfie of her with her sister Audriana and their father Joe on Instagram Stories and writing in the caption, "Love you see you soon." Gia and Audriana were holding tightly onto their father as their eyes looked teary in the image.

Artist of the Week: Kanye West