Also mourning the loss of 'The Marvelous Mrs. Maisel' actor from suspected drug overdose are Amazon as well as show creators Amy Sherman-Palladino and Daniel Palladino.

The actor, who played the Gaslight comedy club emcee Jackie, was found unresponsive from a suspected drug overdose in his New York City apartment, and was subsequently pronounced dead at the age of 60.

Show bosses at Amazon led the tributes to Tarantina online, writing on the series' official Twitter page, "The Gaslight won't be the same without you. Thank you Brian Tarantina for sharing in all of the laughs. Sending love to his family and friends in this difficult time." 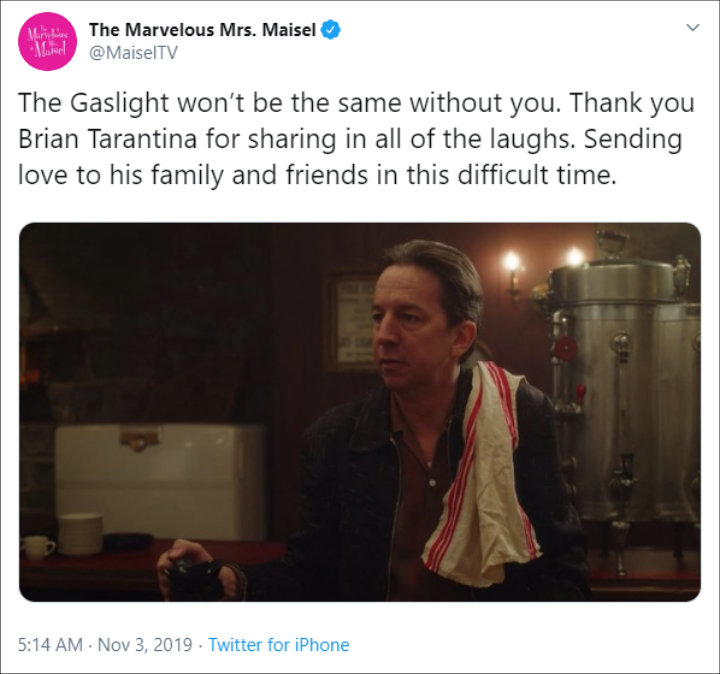 "The Marvelous Mrs. Maisel" creators Amy Sherman-Palladino and Daniel Palladino also issued a joint statement expressing their heartache at the loss of Tarantina, who also worked with Amy on "Gilmore Girls".

"For over twenty five years, Brian Tarantina has been in our lives," they shared. "He was in Amy's first pilot. And he's been in every significant thing we've done since."

"He came in with that voice and that timing and he made every scene better. And weirder. Every moment was completely unique. You can't describe a guy like Brian, you just had to be there. And lucky for us, we were. We love him and will forever miss him." 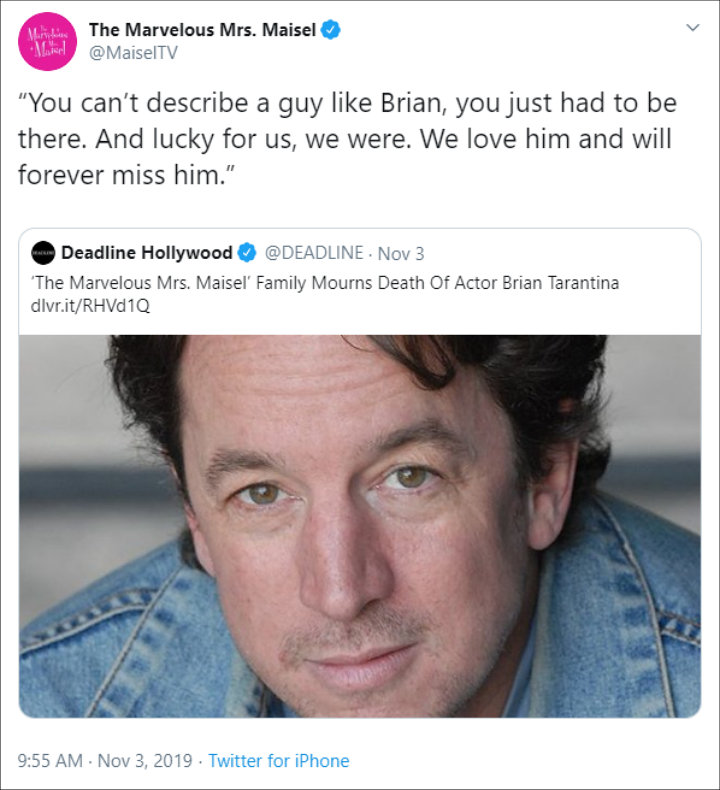 And the show's leading lady, Brosnahan, posted a photo of her late co-star on Instagram on Sunday and wrote, "So deeply sad to hear about the passing of Brian Tarantina. He was hilarious and talented and kind and an all around golden f**king weirdo. Our family of weirds won't be the same without him."