During an Instagram Live stream, the 'Wrecking Ball' singer tells her female followers that they 'don't have to be gay' because 'there are good people with d**ks out there.'

AceShowbiz - Miley Cyrus has come under fire for appearing to suggest that being gay is a choice.

The singer spoke with fans during an Instagram Live stream on Sunday, October 20, where she launched a scathing attack on her ex-husband Liam Hemsworth, before telling fans she rebounded with ex-girlfriend Kaitlynn Carter because she "thought all guys were evil."

However, Miley is currently dating pop star Cody Simpson, and has apparently brushed off her same-sex relationship as a one-off, telling fans, "There are good men out there, guys, don't give up."

"You don't have to be gay, there are good people with d**ks out there, you've just got to find them. You've got to find a d**k that's not a d**k, you know?" she continued. "I always thought I had to be gay, because I thought all guys were evil, but it's not true."

The "Slide Away" singer's comments were met with outrage from fans, who slammed her comments as being "so insulting," and accused her of "using the queer community as a stop-gap because she couldn’t find a boyfriend." 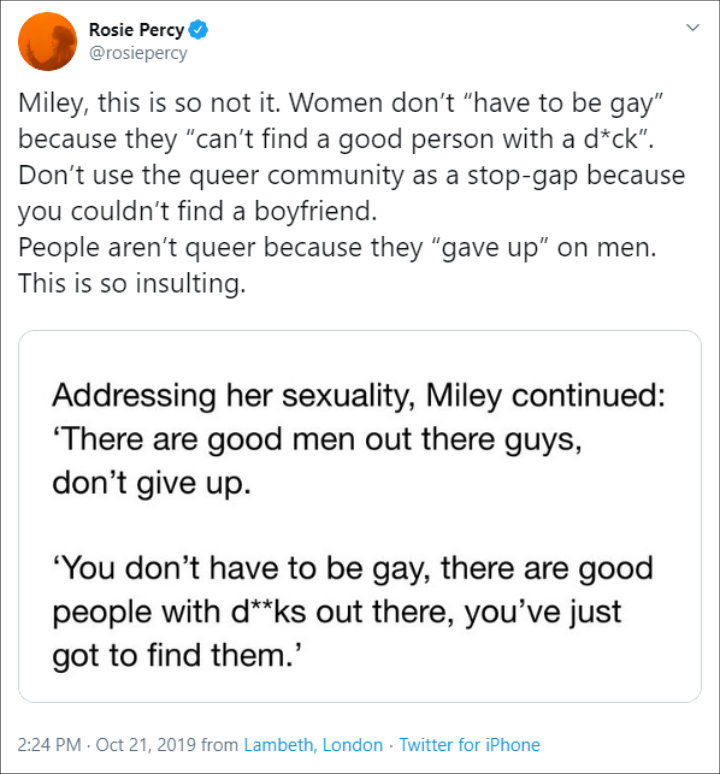 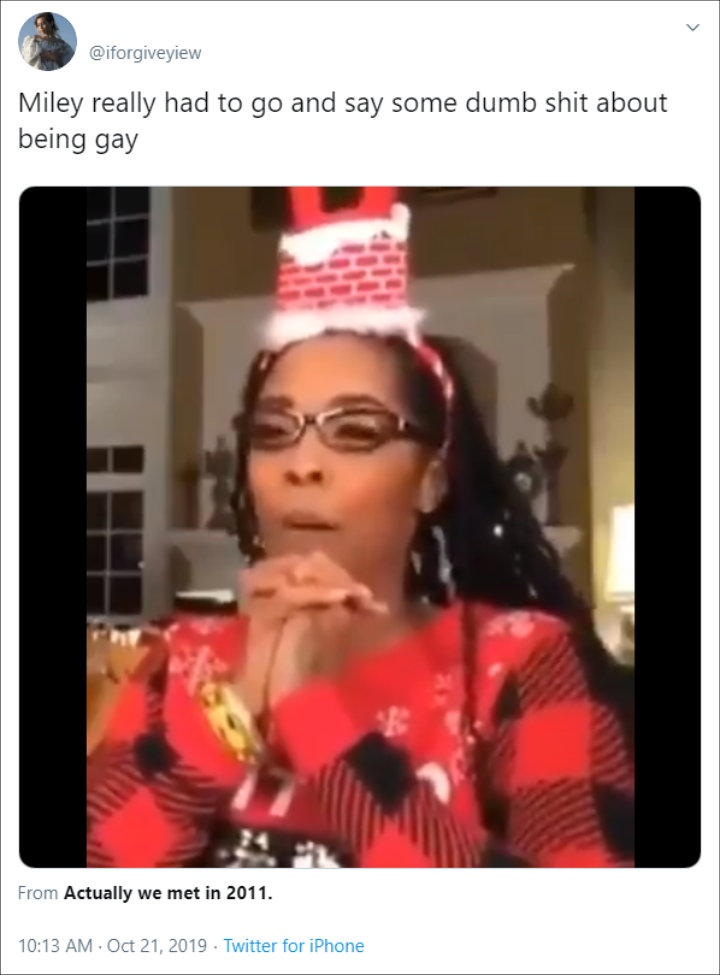 "Miley really had to go and say some dumb s**t about being gay," remarked another angry fan, while one wrote, "Bro miley saying you don't have to be gay there are good men out there.... my good sis about to be dragged." 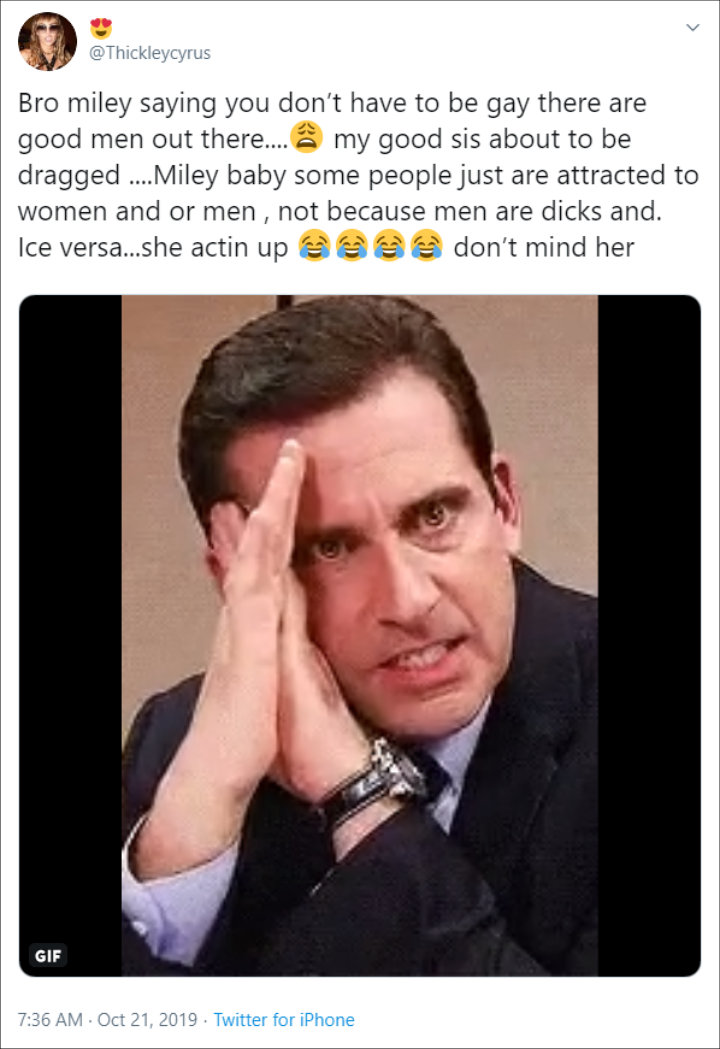 Miley is yet to respond to the criticism.

Miley Cyrus Has a 'Reunion of the Decade' With Emily Osment