New Couple Alert! Olivia Culpo and Christian McCaffrey Have Been Dating for Months

It is reported that the 27-year-old former Miss Universe and the 23-year-old NFL star are romancing each other for a quite some time after having 'met through mutual friends.'

AceShowbiz - Olivia Culpo apparently is off the market. If a new report is to be believed, the former Miss Universe is currently having a romantic relationship with NFL star Christian McCaffrey for a quite some time.

A source spills to HollywoodLife.com that the stars "have been quietly dating for several months now." The insider goes on saying that the 27-year-old beauty and the 23-year-old athlete "met through mutual friends. Things are going great between them."

It is said that the Sports Illustrated Swimsuit model has a lot in common with the Carolina Panthers player. "It has been an easy fit because they like a lot of the same things like working out and having dinners with friends," shares the source.

Additional, Christian is allegedly "smitten" with the "I Feel Pretty" star, and fortunately, his feeling is reciprocated. The informant goes on saying that Olivia has been a supportive girlfriend by attending "a handful of his games to support and cheer him on. She really likes how grounded and considerate he is to her. They are just a normal couple and Olivia loves that."

Olivia also showcased her cooking skills to him as Christian took to his Instagram Stories on Thursday, October 17 to share a photo of Olivia cooking in the kitchen. In the snap, the model was seen wielding a spatula. "Egg sammie's on a Thursday," so he captioned the photo. 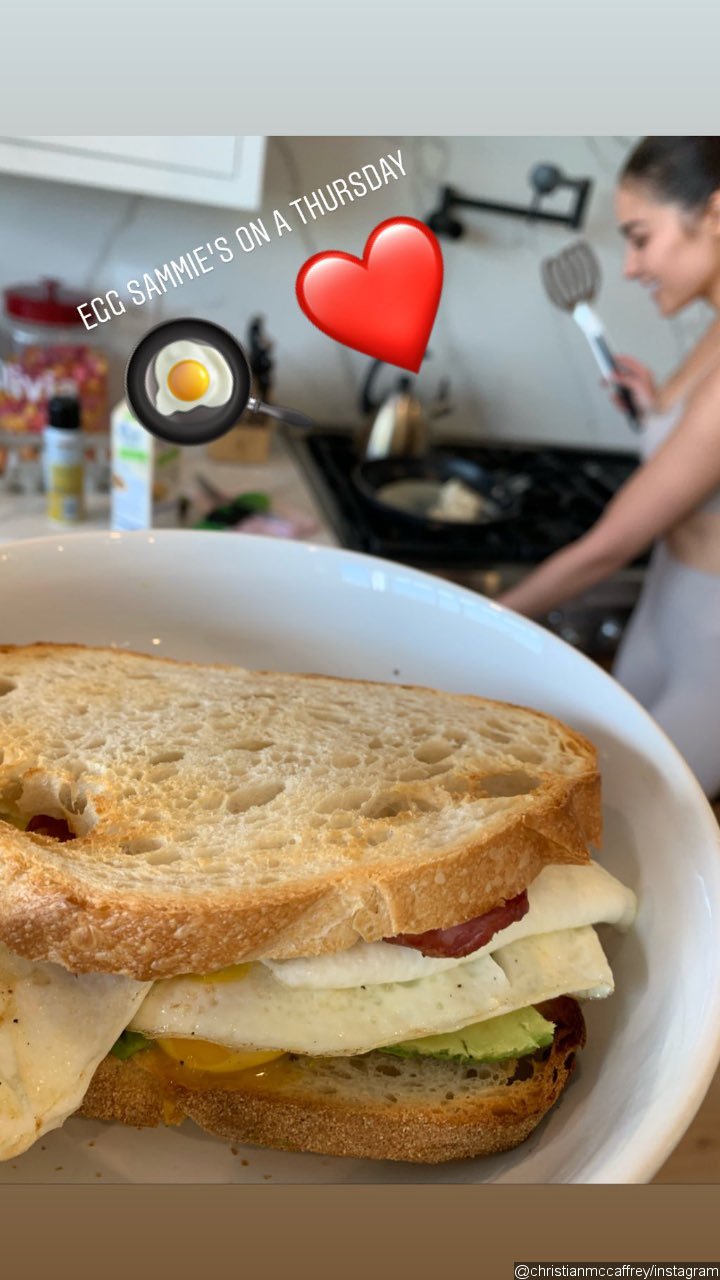 The pair first sparked dating rumors after they were spotted vacationing together in Cabo. The pair were also seen holding hands amid the romantic getaway. Later on, they went to Mexico with Olivia's friend Kristen Louelle and her husband and former Carolina Panthers player Tyler Gaffney.