Taking to her Twitter account, the Olympic gymnast expresses condolences to the victims' families as saying, 'I do want to express my sincere condolences to everyone affected by this terrible tragedy.'

AceShowbiz - Simone Biles has broken her silence after her brother Tevin Biles-Thomas was arrested for triple homicide. Taking to Twitter on Monday, September 2, the Olympic gymnast admitted that she is "still having a hard time processing last week's news."

Expressing her condolences to the victims' families, Simone continued, "My heart aches for everyone involved, especially for the victims and their families. There is nothing that I can say that will heal anyone's pain, but I do want to express my sincere condolences to everyone affected by this terrible tragedy."

She concluded her message by asking "everyone to please respect my family's privacy as we deal without pain. XO." 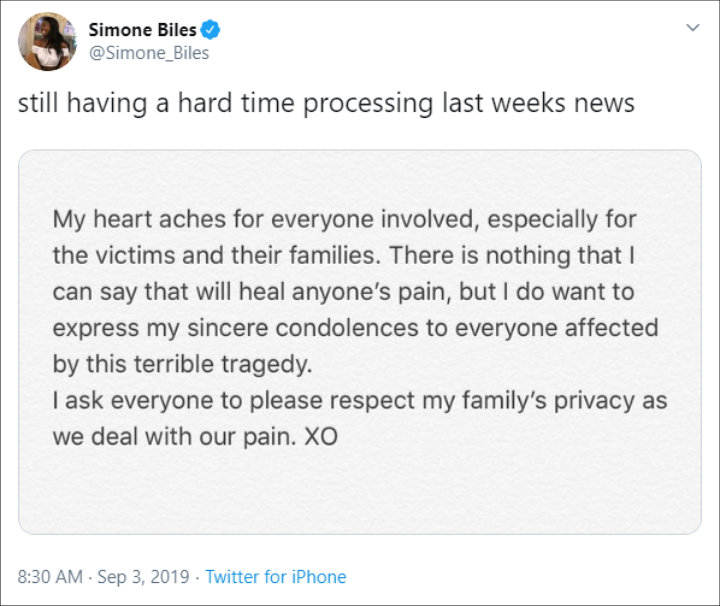 Tevin is facing murder, attempted murder and felonious assault charges in connection with a New Year's Eve party shooting that killed three people. Cleveland police said at the time of the shooting, a group of men showed up to a party uninvited and were asked to leave. However, moments later, it's reported that Tevin shot fire into the crowd of people.

Delvante Johnson, 19 and Toshaun Banks, 21, were killed at the scene. Meanwhile, Devaughn Gibson, 23, died at a hospital. Two other people were wounded in the shooting. Tevin himself is being held at Liberty County Jail in Florida and is expected to appear in court on September 13.

Following the arrest, Simone has been keeping a low profile, though she was able to spend time with friends over the weekend. "Girls Day to drink happy thoughts," she wrote alongside a photo of herself with two of her friends in denim shorts and bikini tops. The trio then headed to a pool party at Cle Houston in Texas to celebrate Labor Day weekend with a larger group of friends. In a video posted on Instagram Stories, they were seen dancing to Chris Brown's "No Guidance" featuring Drake. 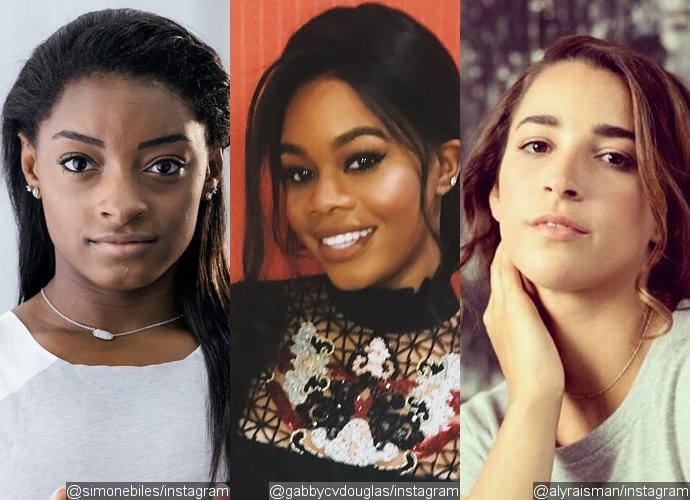 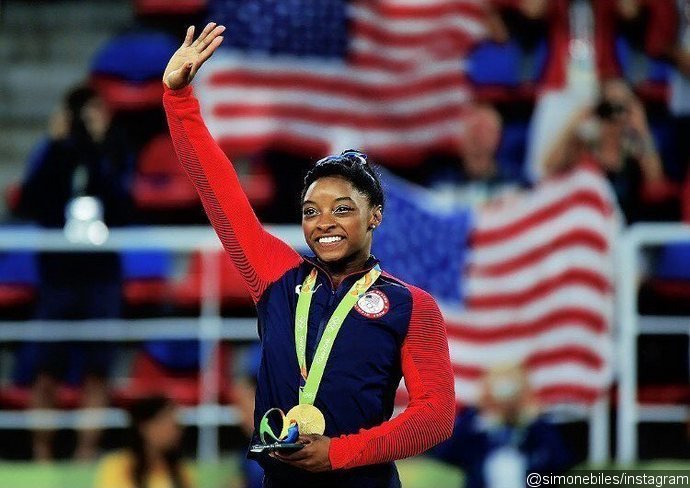 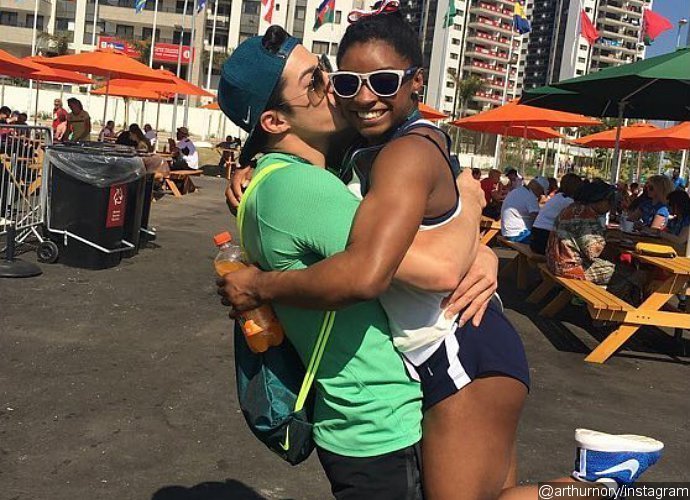 Uh-Oh! Simone Biles' 'Boyfriend' Tells Zac Efron to Back Off After the Actor Kissed Her