The former Victoria's Secret model is enjoying a romantic getaway with her Tokyo Hotel guitarist husband, Tom Kaulitz, weeks after tying the knot for the second time off the coast of Capri.

AceShowbiz - Heidi Klum is celebrating her honeymoon by stripping down on social media.

The former Victoria's Secret model tied the knot with Tokio Hotel guitarist Tom Kaulitz for the second time earlier this month and on Sunday, August 18 she posted a picture of herself on Instagram bearing her breasts while sailing on a boat.

"All I see is WATER," she captioned the picture. 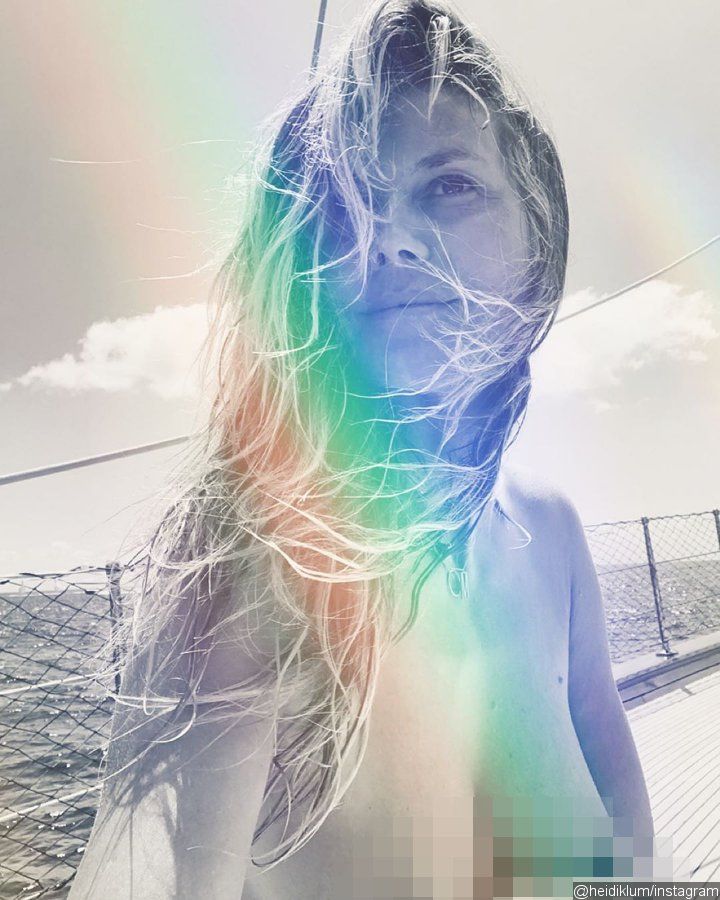 And in another picture, Klum showed off a gold wedding band while laying on the beach.

The German beauty and Kaulitz first wed in a private ceremony in July and then celebrated their nuptials again on a yacht off the coast of Capri.

Michael Sheen: Just for the Record, I Was Single When I Met Anna Lundberg