Telling his ex-girlfriend not to use their wedding video to promote her book, the rapper also urges the former Disney darling to 'stop being intentionally hurtful to people healing.'

AceShowbiz - Bella Thorne might have patched things up with Tana Mongeau after they were publicly beefing on social media, but it's not the case with her other ex Mod Sun. The exes recently got caught into a heated exchange on Twitter over their wedding video that the Disney alum posted on Instagram to promote her upcoming book.

Mod Sun was clearly unhappy with the move and he wasn't even afraid to let Bella know. Taking to Twitter, the rapper wrote, "Seriously....don't use our wedding video to promote ur book. Don't disrespect my idea of what love is...if you were faking it that day then u really are an amazing actress." He then told the "Famous in Love" alum to "stop being intentionally hurtful to people healing."

But Bella didn't back down just like that, providing receipts which revealed that Mod Sun didn't object to Bella sharing the video for her book promotion. Explaining that he told her that when they had broken up, she said, "U just keep lying and u won't stop. I was trying to remember how beautiful we were sad. V sad u brought us to this." 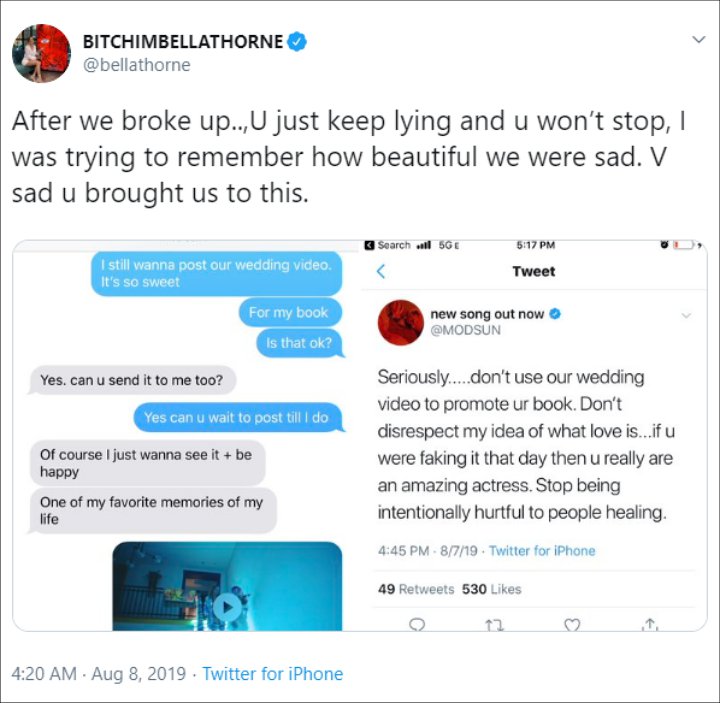 In his defense, Mod Sun pointed out the text exchange happened on May 2, when the two were still trying to make things work. He said, "I said u could THEN + I'm shocked u did NOW. What I think is disgusting is ur PS remark where u lied + discredited our entire marriage in one sentence. I haven't lied once u know it." 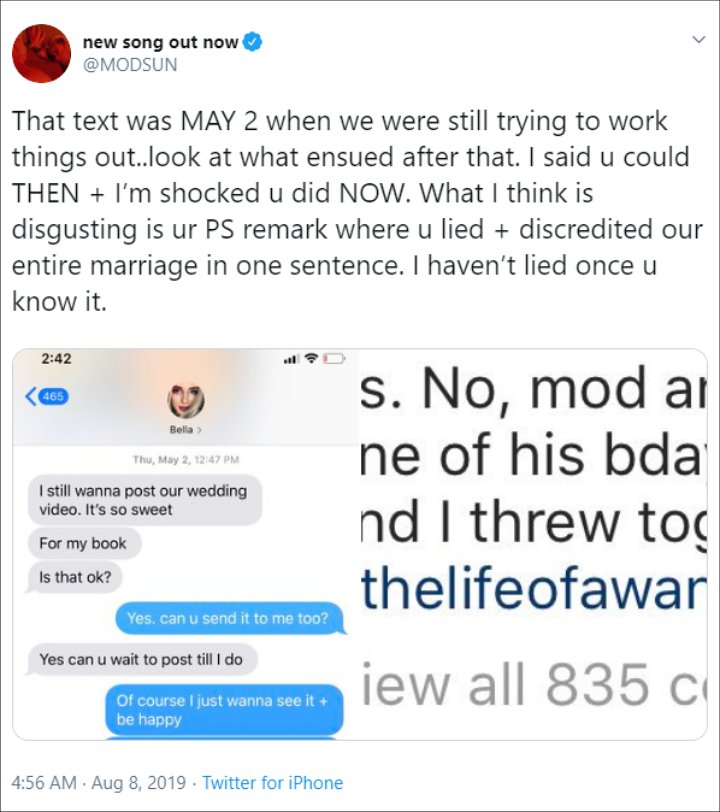 He clearly wasn't satisfied because in a separate post, he went on accusing the "Midnight Sun" star of claiming an artwork that Mod Sun did as hers. "That's so disrespectful. I can't support," he stressed. Bella, on the other hand, still stood by her claim and pointed out that they broke on April 15, on the anniversary of her father's death. 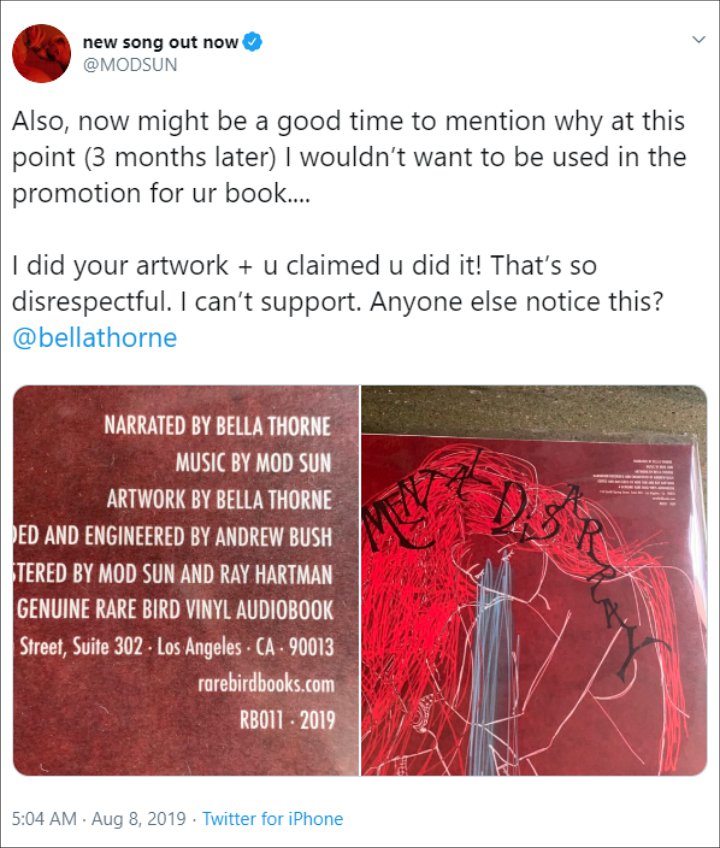 Mod Sun accused Bella Thorne of claiming his artwork as hers.

Bella started dating Mod Sun in October 2017, before she announced that they had broken up through an Instagram photo two years later.