The fashion mogul and twin sister of Mary-Kate Olsen has been spotted wearing a ring on her wedding finger when stepping out in Los Angeles with her boyfriend of two years.

AceShowbiz - Child star-turned-fashion mogul Ashley Olsen has set off engagement rumours by stepping out in Los Angeles on Monday, July 29 with a ring on her wedding finger.

The designer was photographed out on the town with her artist boyfriend Louis Eisner wearing a black band on her ring finger, leaving gossips speculating about a possible wedding.

The private couple has been together for close to two years and have only been snapped out in public together a handful of times. Before their Monday sighting in Los Angeles, they were most recently seen out celebrating Louis' 33rd birthday in New York City in June. Ashley's identical twin sister Mary-Kate Olsen also attended the birthday bash with her husband Olivier Sarkozy. 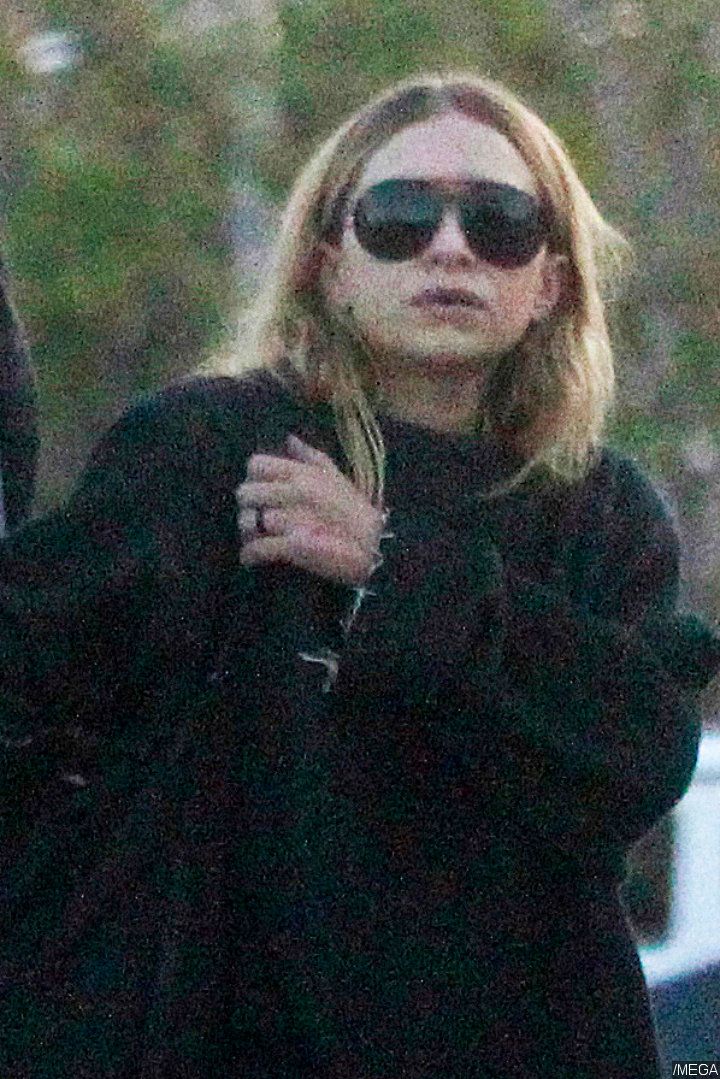 Ashley Olsen was spotted sporting what looked like an engagement ring.

Ashley has yet to comment on rumours she is engaged.

Kristen Stewart Pleads With Ghosts to Leave Her Alone