When asked about the Posh Spice during an appearance on 'The Lateish Show with Mo Gilligan', the Scary Spice spills on what her bandmate told her mother at a summer party.

AceShowbiz - Mel B (Melanie Brown) has claimed Victoria Beckham (Victoria Adams) is keen to reunite with the Spice Girls for a one-off Glastonbury performance next year (20).

The "Wannabe" hitmaker recently completed a 13-date trek across the U.K. with bandmates Emma Bunton, Mel C (Melanie C) and Geri Horner (Geri Halliwell) as part of the group's "Spice World - 2019 Tour". And while Victoria was noticeably absent from the line-up, Mel claimed she told her mother she'd love to hit the stage with her former bandmates to celebrate the 50th anniversary of the iconic British music festival.

"Funnily enough, my mum was at her mum's summer party and Victoria was there, and she did actually mention to my mum that she'd love to do Glastonbury for their 50th next year," Mel revealed during an appearance on the U.K.'s "The Lateish Show with Mo Gilligan" on Thursday (July 25).

"It's not just me saying it, she actually did say that to my mum."

When Mo Gilligan asked if Mel thought the fashion designer was serious about a comeback, the star replied, "I hope so!"

Mel first declared the girls want to headline next year's Glastonbury during an appearance on the BBC Radio 2's "The Zoe Ball Breakfast Show" last week.

"You know what, it just happens to be Glastonbury's 50th anniversary next year," she shared. "I think that'd be a really good thing to do."

Arnold Schwarzenegger Goofs Off With Sylvester Stallone and Dolph Lundgren 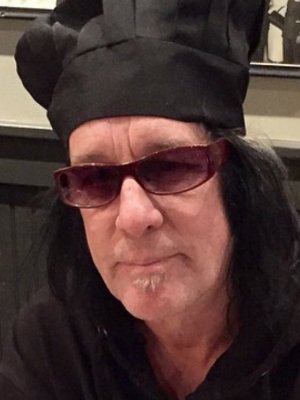