After the unveiling of 21-strong competition selection drew much criticism, artistic director Alberto Barbera stresses half of the competing films in the Horizons category are directed by women.

AceShowbiz - Venice Film Festival bosses have been attacked for including Roman Polanski and only two women filmmakers in competition at this year's event.

Barbera stressed that half of the films in competition in the festival's Horizons category are directed by women and that the overall line-up features a number of movies with women characters at their heart, but that hasn't appeased the critics, who have condemned the decision not to include more female filmmakers - while making a place for accused rapist, Polanski, who is in exile in Europe after fleeing the U.S. following a sex crime in the late 1970s.

Author Melissa Silverstein, who is the founder of campaign group Women and Hollywood, has tweeted, "1 rapist. 2 women directions in competition at Venice. What else am I missing?" 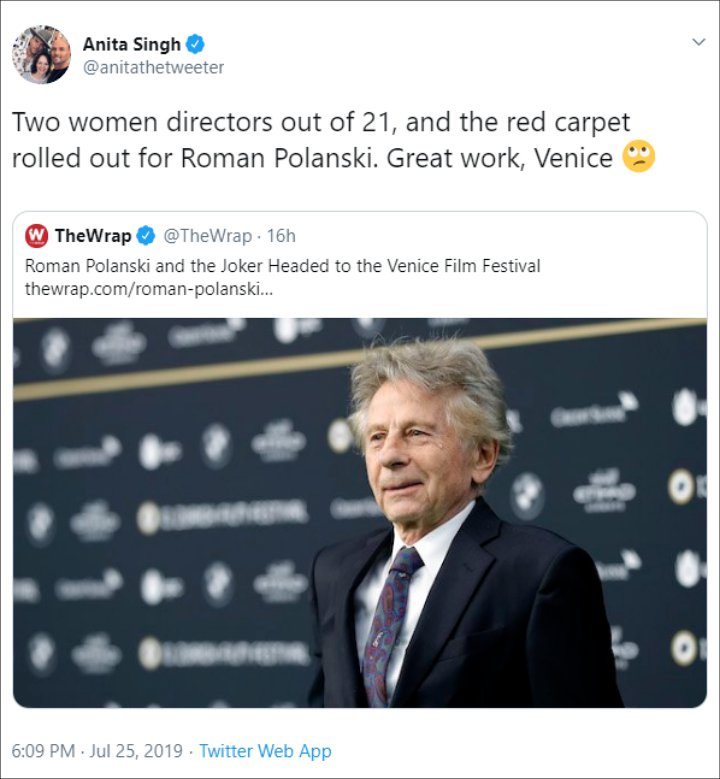 Barbera has addressed Polanski's inclusion, insisting the filmmaker's latest project, "An Officer and a Spy", is a terrific movie and shows the director "at the top of his game."

"He is one of the last great masters of European cinema, and he's more than 80. At his age, he's able to make a film that is an extraordinary reconstruction of a historical event," Barbera says.

Polanski was arrested and charged with drugging and raping a 13-year-old girl at a Hollywood party. He pleaded guilty to unlawful sex with a minor and he has been a fugitive of the U.S. ever since.

The filmmaker's new movie is an early frontrunner for the festival's top prize, alongside Steven Soderbergh's financial thriller "The Laundromat" and Joaquin Phoenix's turn as Batman's top nemesis in "Joker".

The festival runs from 28 August to 7 September.

Danny McBride: Kanye West Wants Me to Play Him in a Movie About His Life