In some photos that surface online, the former Good American Jeans model can be seen walking around the music video set in a bedazzled two-piece bikini with a black cover-up.

AceShowbiz - Jordyn Woods is slowly turning into a music video star. Following her appearance in Justin Roberts' music video for "Way Too Much" and Gunna's "Baby Birkin" music video, the 21-year-old beauty is set to be featured in Rick Ross' "Big Tyme" visuals. Recently, she was spotted on the set of the music video in a couple of outfits that would set pulse racing.

In some photos that surfaced online, Jordyn was seen holding a red solo cup in a bedazzled two-piece bikini with a black cover-up that she draped around her body. The former Good American Jeans model additionally let her curly hair down and kept her accessories to minimum, only sporting a silver ring and a bracelet. 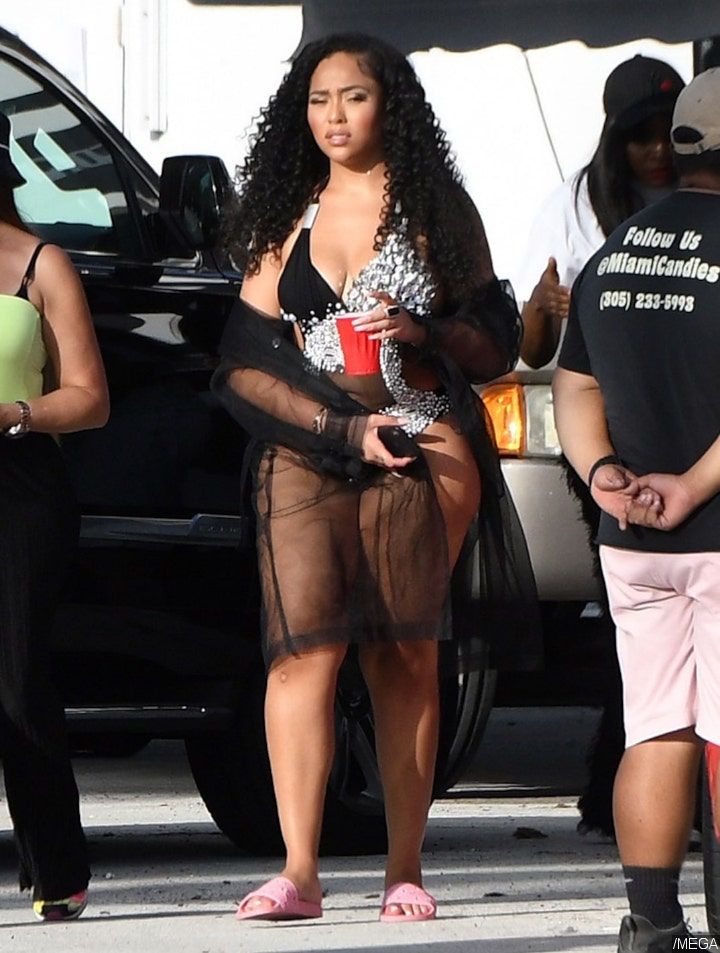 Jordyn Woods rocked a bedazzled two-piece bikini with a black cover-up that she draped around her body.

Later on, Jordyn changed her outfit to a stunning dress that featured a thigh-high slit as well as diamond earrings. Adding glamor to her look, the former "Life of Kylie" star wore a pair of black high heels. 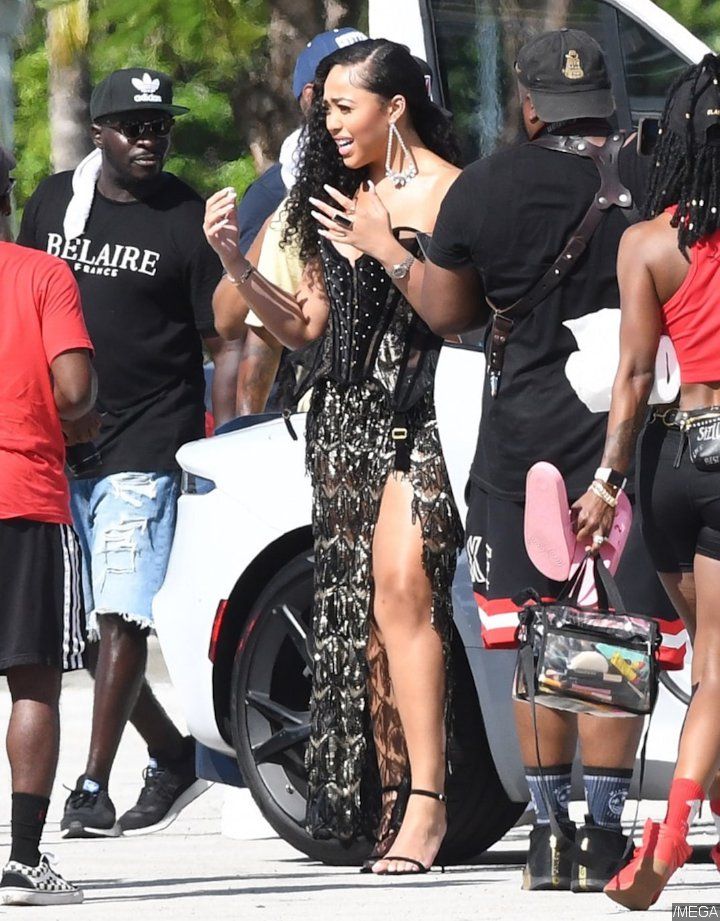 Jordyn Woods looked glamorous in a black dress that featured a thigh-high slit.

Jordyn also shared footage of her on the set of the music video with her Instagram followers. In the caption of one video that showed her striking several poses in her black dress, Jordyn wrote how excited she was to be the star in the upcoming visuals. "This was a moment for me because Ross was my dads fav so I had to do it. Happy to be apart of this," she penned.

It remains unclear when the music video is set to be released.

This arrives after Jordyn shut down reports which stated that she was "unbothered" by Kylie Jenner's girls trip to Turks & Caicos. Stressing that media needs to "publicize better headlines," Jordyn said on Twitter, "Who's writes (sic) the article? Who decides what is posted on blogs? And why is there a new story every other day explaining 'how I feel' about something I've never spoken to anyone about?"

Jordyn Woods' Fans Call Her Out for 'Unnatural Shape' of Booty