'Captain Marvel' actress Lashana Lynch is said to take over the 007 codename from Daniel Craig in the upcoming James Bond movie directed by Cary Fukunaga.

AceShowbiz - There's a new 007 agent in town when "Bond 25" hits theaters next year. Words on the street are Lashana Lynch will be introduced as the next 007 in the upcoming installment of the hit franchise, which is currently being filmed under the direction of Cary Fukunaga.

Daily Mail reports that feminist screenwriter Phoebe Waller-Bridge ("Fleabag", "Killing Eve") intervened to pass the torch to Lynch. The "Captain Marvel" actress, however, is not replacing Daniel Craig as James Bond, since she only takes his secret agent number after he leaves MI6.

"There is a pivotal scene at the start of the film where M says 'Come in 007', and in walks Lashana who is black, beautiful and a woman," a so-called insider tells the site. "It's a popcorn-dropping moment. Bond is still Bond but he's been replaced as 007 by this stunning woman."

"Bond 25" begins with Craig's character enjoying his retirement in Jamaica. When his old friend Felix Leiter (Jeffrey Wright) from the CIA turns up asking for help, he comes out of his retirement to rescue a kidnapped scientist.

"Bond, of course, is sexually attracted to the new female 007 and tries his usual seduction tricks, but is baffled when they don't work on a brilliant, young black woman who basically rolls her eyes at him and has no interest in jumping into his bed. Well, certainly not at the beginning," the source goes on dishing.

The source also claims that the phrase "Bond girls" is now forbidden, saying, "We were all told that from now on they are to be addressed as 'Bond women'."

The news about Lynch being introduced as the new 007 has since received mixed reactions from fans. Some disagree that the movie may pass over the 007 codename to another character. "well that makes NO sense unless it IS Daniel Craig in retirement .introducing a new bond by bringing him out of retirement is dumb unless we ALREADY know him ! otherwise he/she may aswell be 006 or 008 with a different alias just in the Bond universe . not sounding good thus far," one wrote on Twitter.

Another offered a suggestion, "This is a joke not a real story. Does not make sense rationally. Why not just create another story line all together. If by some chance this is real happens they will disenfranchise the entire fan base going back 50 years. Fake news is real."

Some others are disappointed that Lynch won't actually be the next Bond. "The press is reporting this as a win for progressives but it's like they're a little too scared to make that leap. Missed opportunity," one commented.

Another added, "Well that sucks.. Give the 007 title to a black woman, only to take it away mid movie. Why not have her keep the title, but be trained by Daniel Craig or something and eventually have him pass the torch," calling the headlines "clickbait."

MGM has not responded to the debate as news about the black female 007 is not confirmed yet.

The movie is currently filmed in London after shooting in Jamaica and Norway, and will next move to Italy. Rami Malek, Lea Seydoux, Naomie Harris, Ralph Fiennes, Ben Whishaw and Billy Magnussen also star in the movie, which is due out on April 8, 2020 in the United States. 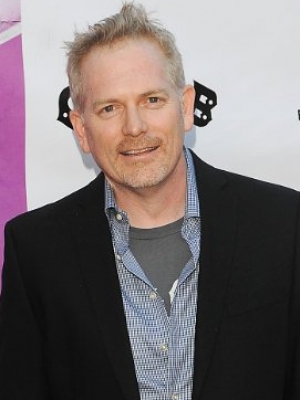