Fellow 'Glee' actresses, Jenna Ushkowitz, Heather Morris and Amber Riley, have also taken to social media to pay tribute to their former co-star who died of an accidental heroin overdose in 2013.

AceShowbiz - Lea Michele paid a sweet tribute to her late ex Cory Monteith on the sixth anniversary of his death on Saturday (July 13).

The 32-year-old "Glee" star has always marked the passing of her former boyfriend, who died at the age of 31 of an accidental heroin overdose in a hotel room in Vancouver on 13 July, 2013.

Lea and Cory met on the set of Ryan Murphy's hit musical TV show in 2009, and she dated the actor until his tragic death. On Saturday, the "Scream Queens" star honoured Cory with a touching post on Instagram.

"The light always remains (heart emoji)," Lea captioned the post on Twitter, alongside a picture of a sun peeking out from the clouds over a peaceful ocean. 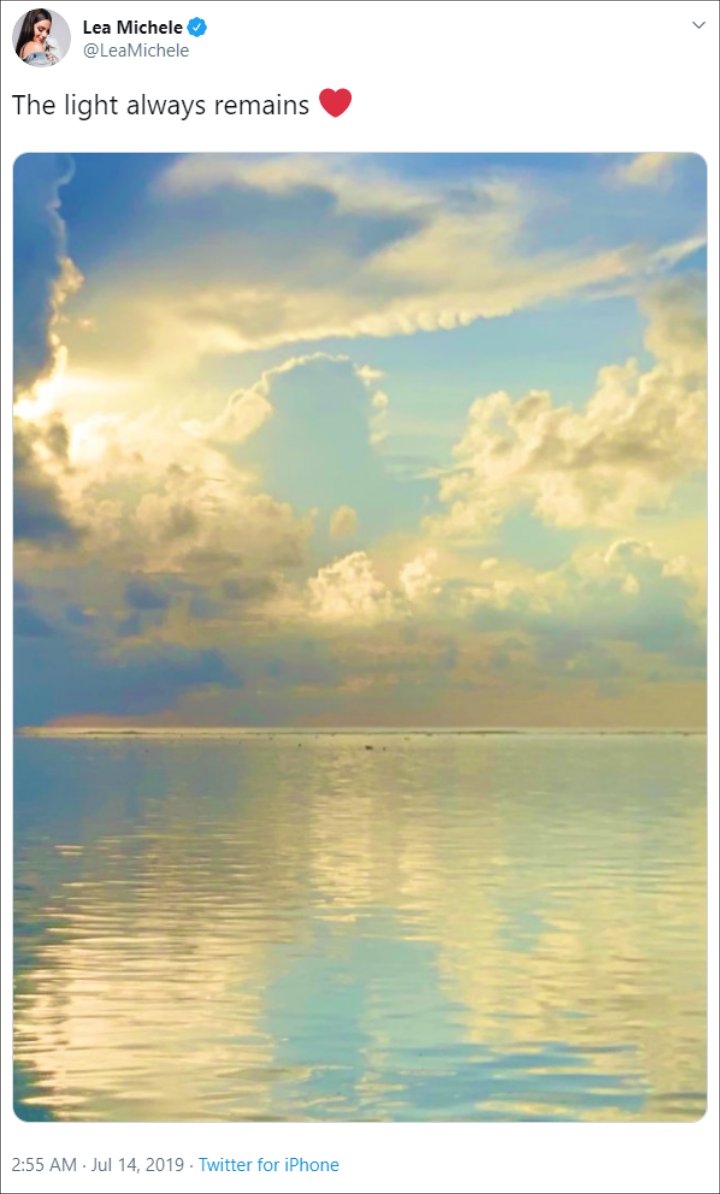 Lea Michele pays tribute to Cory Monteith on 6th anniversary of his death.

Earlier this month, Lea, who wed Zandy Reich in March, showed off a tattoo that bears the name of Cory's character on "Glee" - Finn. She also has the number five - Finn's football jersey number - inked on her skin.

Jenna Ushkowitz, who played Tina on "Glee", also paid tribute to Cory on social media on Saturday, writing, "Miss you, pal," while castmate Heather Morris added, "Missing him a lot lately," and Amber Riley posted, "6 years without those bear hugs."

Ed Sheeran Blames Anxiety for Him Closing Off From Reality