Trouble in Paradise? Kris Jenner and BF Corey Gamble Look Cold Towards Each Other During Vacay

While strolling through holiday resort Italian Riviera, the 'Keeping Up with the Kardashians' star and the road manager are barely smiling and talking to each other.

AceShowbiz - Is there trouble in Kris Jenner and Corey Gamble's relationship? Despite spending the Fourth of July holiday together in the romantic city Portofino, Italy, the lovebirds didn't appear to be happy at all. Instead, they looked cold towards each other.

In some paparazzi photos, Kris and Corey were seen strolling through holiday resort Italian Riviera, barely smiling and talking to each other. Furthermore, the two seemed to be keeping their distance when they attended a gathering aboard a boat in the city, with the matriarch appearing downcast at some point. 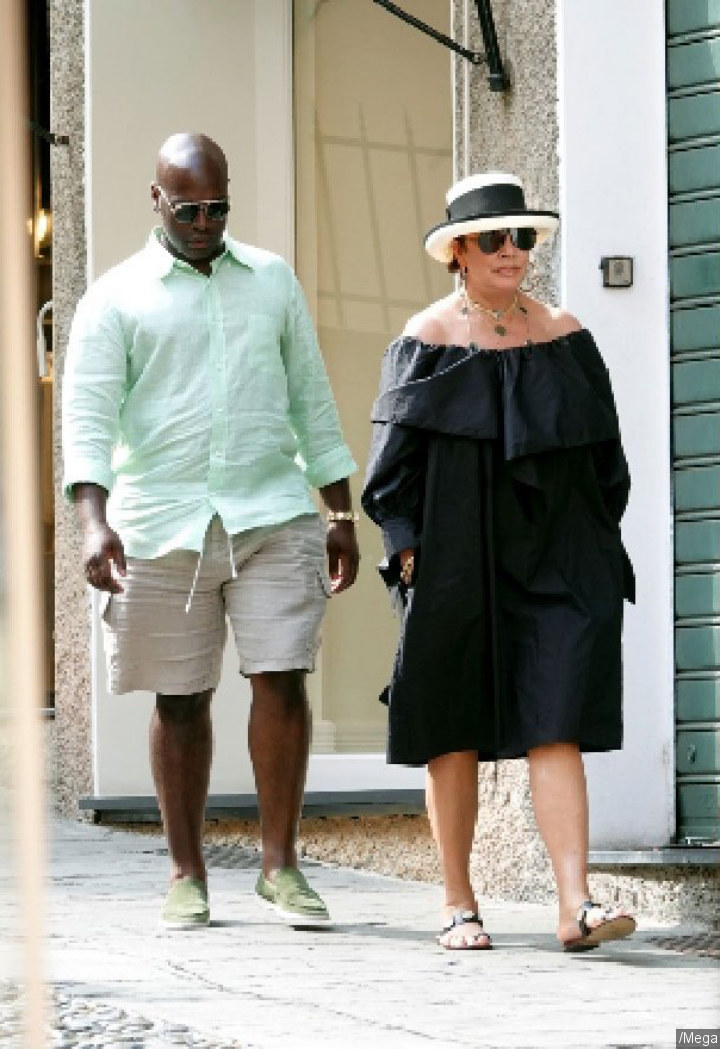 Kris Jenner and Corey Gamble looked cold towards each other during vacation.

The gloomy mood aside, Kris looked stunning during their outing. The "Keeping Up with the Kardashians" star slipped into a black bardot dress that she complemented with a black ribbon straw hat. She additionally teamed her look with gold hoop earrings and black aviators. On the other hand, Corey wore a mint-colored shirt and khaki shorts.

This isn't the first time Kris and Corey were hit with breakup rumors. Back in March 2017, the 63-year-old momager was said to be dumping her longtime boyfriend because she "needed some space so that she could focus on her family and the show." A source said at the time, "She said that she was getting side-tracked with this relationship and that she needed to put her family before her own needs and wants. Kris just really wants to focus on the show right now to ensure that her family stays on air."

Kris and Corey started dating in the fall of 2014, after meeting at designer Riccardo Tisci's 40th birthday party in Ibiza, Spain. Their relationship initially raised eyebrows due to their big age gap, but the pair were still going strong.

Prior to this, she was married to Caitlyn Jenner for more than 20 years and to the late Robert Kardashian.

A Major Character May Return on 'Stranger Things'