AceShowbiz - An interesting thing happened in the Tuesday, June 25 episode of "America's Got Talent". The episode featured an unconventional Golden Buzzer pick which shocked everyone including judges Simon Cowell, Howie Mandel, Gabrielle Union and Julianne Hough.

First up was opera singer Nick and violinist Lindsay Williams. The married duo kicked off their performance as a musical act, which made Simon press his buzzer in rejection. The pair, however, put a twist on the perfomance as halfway through, Lindsay began tossing sharp objects at a wooden board behind her husband while he continued his song. That apparently wasn't enough to make Simon change his mind. However, the other judges gave the couple "yes," so they moved on.

The next performers were best friend dancers Izzy and Easton. Their performance was mind-blowing and almost not surprisingly, it earned them four "yes" votes. Following them was Lamont Landers. He sang "Let's Stay Together", but was stopped by Simon immediately. He suggested Lamont to come back later with another song, and when he kept giving Simon a hard time, Simon told him, "You're getting on my nerves."

Lamont eventually left the stage, and came with a new performance. This time around, he managed to turn the table as it was such an epic performance. Simon even gave him a standing ovation.

An act named Death later took to the stage to do a standup routine. The judges gave him "no" and he was eliminated. Next up was a choir from South Africa. It was inspiring and the judges sent them to the next round.

The next performer were Italian psychologists. As they brought a virtual reality software that aids mental health and helps people face their fears, they invited Howie, who is known for having a few fears, onstage. After completing the task, Howie overcame his fears. The judges voted them "yes."

Emanne Beasha, a 10-year-old opera singer, amazed everyone with her powerful voice. She also got four "yes" from the judges. Joining her in the next round was Lucas and his childhood dog "Falco", who offered an entertaining performance.

Meanwhile, Verba Shadow, a 3D theatre group from Ukraine, hit the stage to tell an unbelievably moving story. The judges gave them a standing ovation and voted them through.

Concluding the night was Ben Trigger, a dancer from Australia. He hit the stage to dance with so much energy albeit bizarre. At one point, he stripped himself and went to the judges' table. He lied across the judges table at the end, he pushed the Golden Buzzer for himself, sending the crowd wild. Obviously, the Golden Buzzer didn't count, but since judges thought it was hilarious, they gave them four yeses.

Cardi B Is a Criminal in 'Press' Music Video Trailer

'AGT' Recap: 5 Acts Sent to the Live Shows in First Round of Judge Cuts 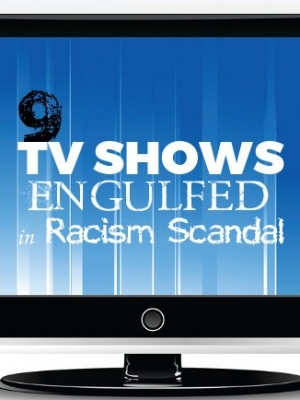