Having said that she would rather just make peace with her million stretch marks and eczema, 'The Good Place' actress later points out that even foundation gives her rash and clogs her pores.

Kim announced the expansion of her KKW Beauty line earlier this month, with the release of a body make-up collection, and celebrated the launch by sharing a close-up video of a model applying the make-up all over her body with a brush.

But "The Good Place" star Jameela made it clear she wasn't a fan of the product, branding it "a time-consuming, expensive hassle" as she retweeted the clip.

"Hard pass. God damn the work to take it all off before bed, so it doesn't destroy your sheets... I'd rather just make peace with my million stretch marks and eczema," she commented on Monday, June 24. "Taking off my mascara is enough of a pain in the a**e. Save money and time and give yourself a damn break."

Jameela was then challenged by journalist Rebecca Reid, who asked why mascara and facial foundation were fine but body make-up was bad, to which the 33-year-old replied, "Personally I rarely use foundation for this reason, it gives me a rash, clogs my pores and is a pain to take off. I can't imagine what it would take to cover my whole body. Very tedious and costly."

"I said I was personally passing on the product and expressed my entirely valid and appropriate concern for the amount of money and time and extra pore clogging this will cost women," she added.

The British actress later explained that her legs are covered in "huge patches" of pigmentation loss due to severe eczema, as well as stretch marks and scars, but insisted, "I *refuse* to have these normal human marks weaponised against me." 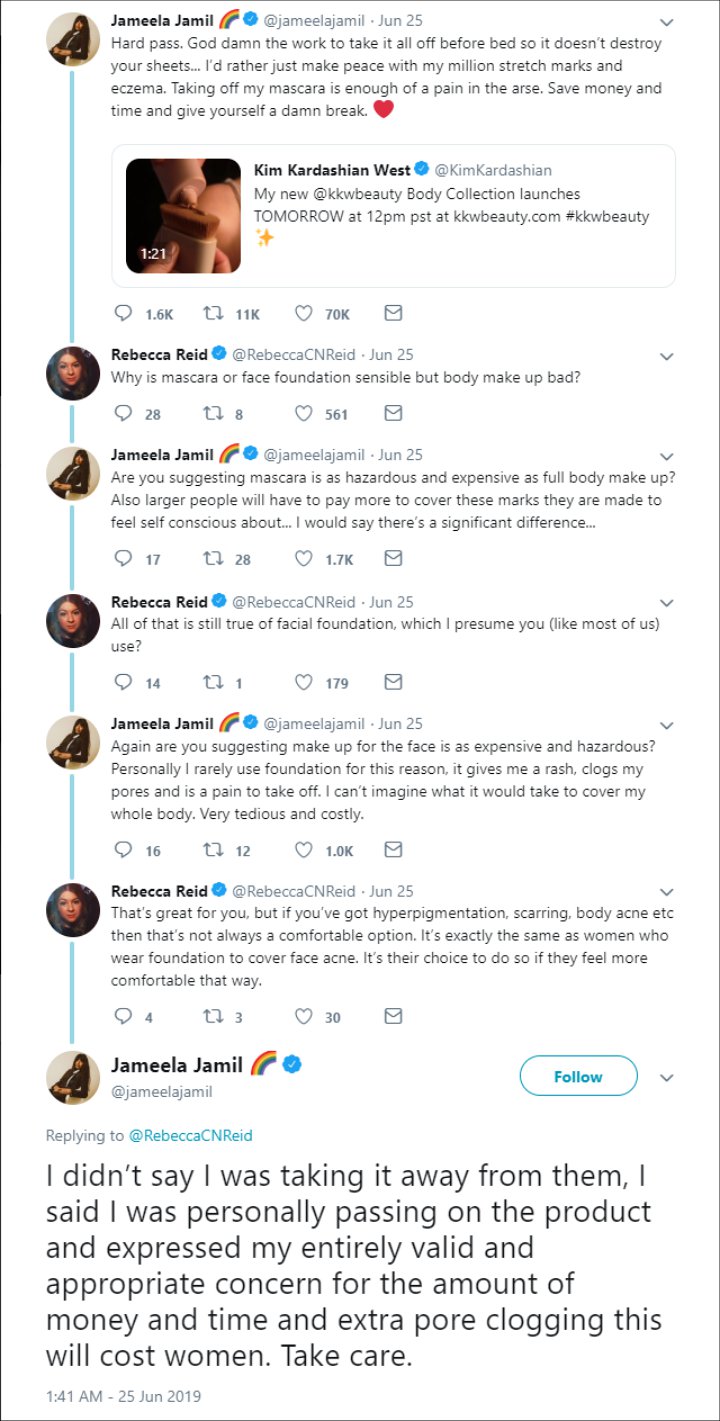 Kim has yet to respond to Jameela's comments.

Jameela Jamil Weighs In on Kim Kardashian's Corset Post: There's No Point in Screaming at Her