The Canadian hip-hop superstar's epic expression while belting out his native country's national anthem ahead of the game prompts a lot of social media users to create memes.

AceShowbiz - Drake's appearance at the NBA Finals continues to make headline, but this time, it's not due to his sideline antics. The Canadian hip-hop superstar has successfully sparked new memes after he was caught belting out "O Canada" before the Toronto Raptors took on Golden State Warriors at Scotiabank Arena in Toronto, Canada on Monday night, June 10.

While most people stood still during the rendition of Canada's national anthem, the "Hotline Bling" rapper was caught on camera swaying side to side with his eyes closed. He was so into his rendition that he looked like he was singing a soul song rather than the national anthem. Making it more funny, Drake raised his arms in the air before clenching his fist after the final note, prompting the woman behind him to laugh.

That woman wasn't the only one who was entertained by Drake's epic rendition of "O Canada" as social media users started making memes with a screenshot of the rapper singing the anthem. Many of them replaced the lyrics to the national anthem with their own favorite songs, with one quoting several lines from Garth Brooks' "The Dance". There was also a person who wrote lyrics to John Denver's "Take Me Home, Country Roads" in the caption of the screenshot.

Despite how passionate his rendition of "O Canada" was, Toronto Raptors eventually lost the game that night. This prompted Bow Wow to troll Drake, who is widely known for making fun of players and fans of opposing teams. Taking to Instagram Stories, the "Growing Up Hip Hop: Atlanta" star posted a photo of the "God's Plan" hitmaker wearing a Golden State Warriors jersey while Kevin Durant stood in the background. "Not tonight," he wrote on the picture. 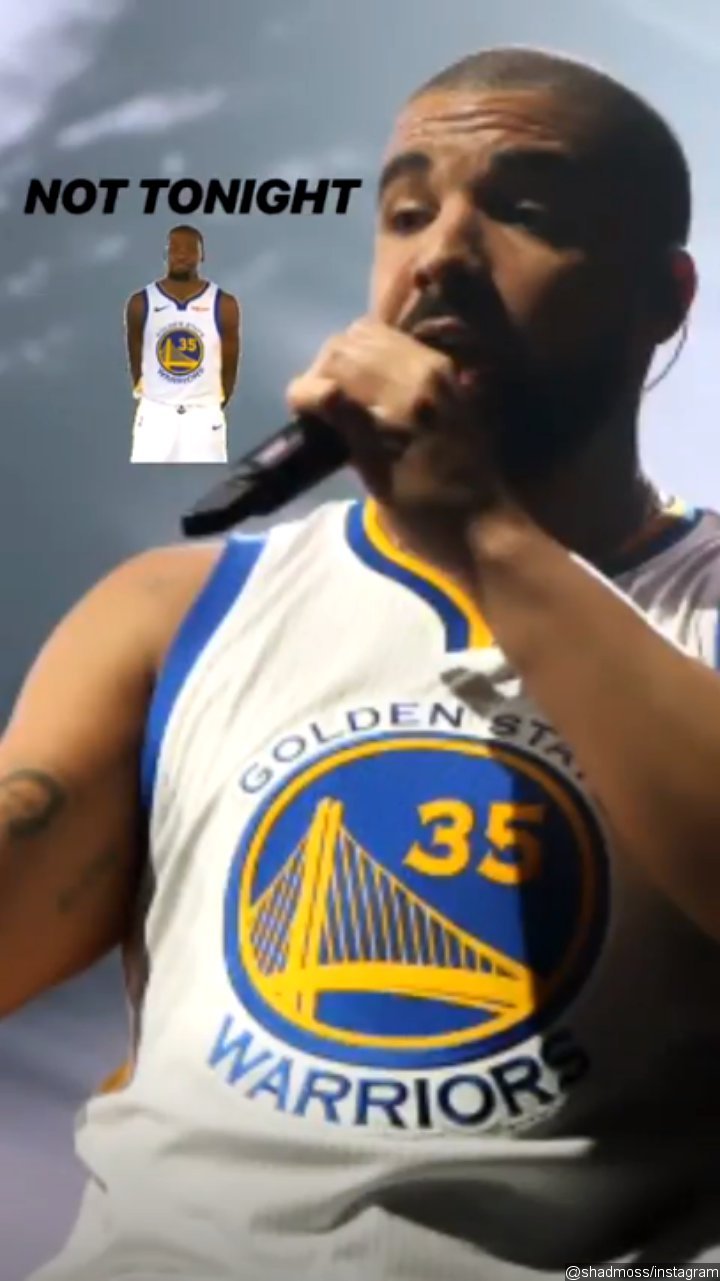 Even though Toronto Raptors lost, the team is still leading the series with 3-2. Should they win the NBA Finals, it will be their very first NBA Championship title.