Confirming their romantic relationship for the first time, 'The 100' co-stars make use of their individual Twitter account to express their happiness over their recent nuptials.

AceShowbiz - "The 100" co-stars Eliza Taylor and Bob Morley are a married couple.

Eliza, who has worked together with Bob on the hit U.S. science-fiction show since 2014, revealed they are now husband and wife on Twitter on Friday, June 07, the first time they have confirmed their relationship.

"Recently I married my best friend and soul mate @WildpipM (Bob's Twitter handle) We are very happy and ask that you keep your comments kind and respect our privacy at this time," she wrote. 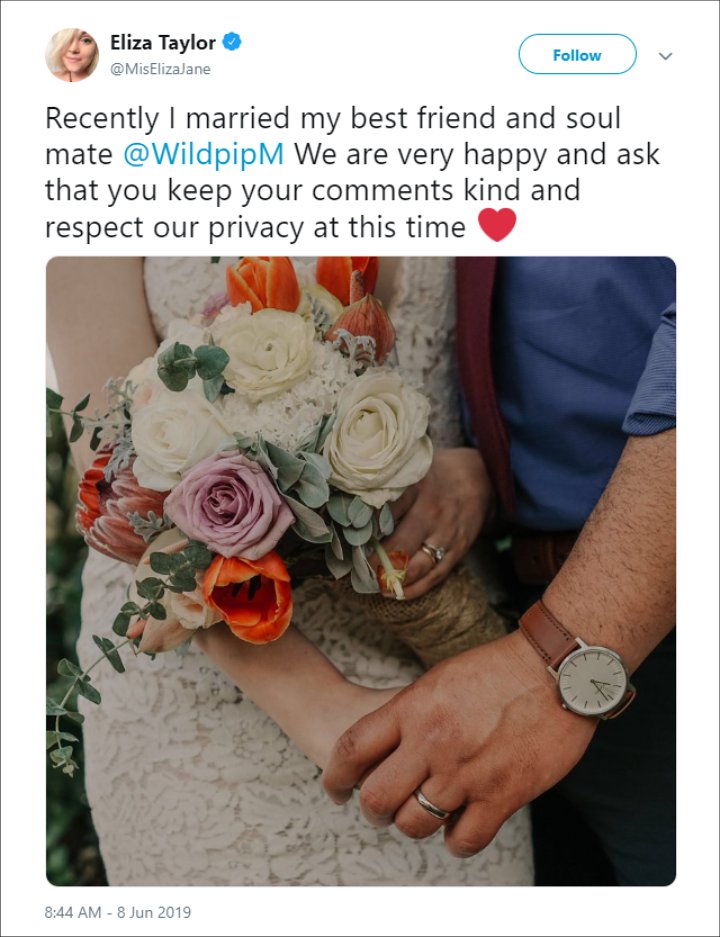 In his own tweet, Bob added: "It is with such a full heart that I call @MisElizaJane my wife This is something we both cherish very deeply and are beyond happy. Please remember to be respectful and kind to one another. Be well be kind."

Bob Morley revealed that he was 'beyond happy' following his marriage to his 'The 100' co-star.

They have not confirmed any other details of their nuptials.

Eliza plays the lead, Clarke Griffin, one of 100 delinquents sent back to Earth to discover if the planet is habitable again in "The 100", while Bob stars as Clarke's rival for leadership, Bellamy Blake.