Dennis Quaid, 65, All Smiles While Stepping Out With 26-Year-Old Girlfriend

The 'Day After Tomorrow' actor has been reportedly dating University of Texas student Laura Savoie, who is almost 40 years his junior, for the past few months.

AceShowbiz - Dennis Quaid has apparently found himself a new woman. The veteran movie actor has been reportedly in a relationship with University of Texas student Laura Savoie, who is almost 40 years his junior.

According to PEOPLE, the pair have been together for the past few months. They were first spotted together on May 14 after enjoying a meal at celebrity hotspot Craig's in West Hollywood, California. In photos which have circulated online, the two lovebirds looked happy as they walked together hand-in-hand. 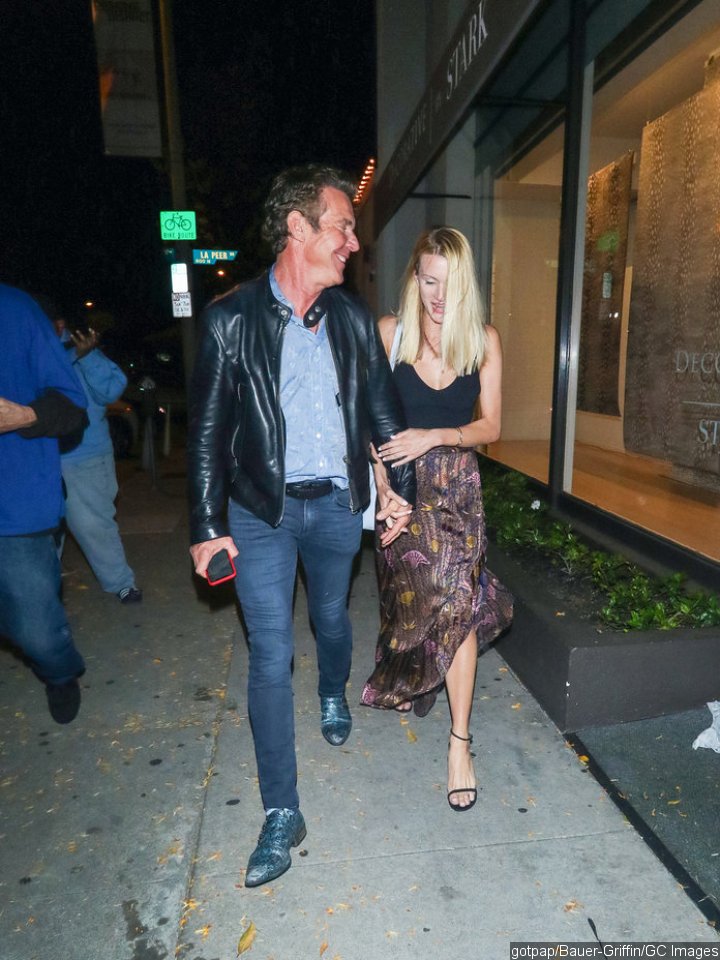 Us Weekly reports that Laura posted several pictures of her with the 65-year-old actor on her private Instagram page. In one post, she declared her "love" for the "Far from Heaven" actor. She also shared a picture that showed the pair embracing each other and captioned it, "Never been happier."

Laura is originally from St. Louis, Missouri and attended undergrad at Pepperdine University, where she graduated as valedictorian in 2015. She went on to receive her master's degree at the University of Notre Dame. She is currently working towards her PhD in accounting at the University of Texas at Austin in their McCombs School of Business and expects to graduate in 2021.

Dennis is not the only celebrity whom Laura has dated. She was previously in a relationship with "Entourage" alum Jeremy Piven during her stay in Malibu.

As for Dennis, he has been married three times, to actress P. J. Soles from 1978 until 1983, to Meg Ryan from 1991 until 2001, and to Kimberly Buffington from 2004 until 2018, when their divorce was officially finalized. The Golden Globe-nominated actor dated 32-year-old Santa Auzina shortly after announcing his split from Kimberly in 2016, but it's not clear when they split.

'LHH' Star Rah Ali Confirms Death of Newborn Daughter: 'I Felt Like I Lost My Soul'