Taking the stage at the Low Memorial Library of Columbia University, New York, the 'American Idol' alum honors the late Queen of Soul with a rousing rendition of 'Amazing Grace'.

The "American Idol" protege took to the stage at the Low Memorial Library of Columbia University, New York to honour the Queen of Soul, where she stunned audiences with a rousing performance of the late star's hit "Amazing Grace".

Speaking to The Associated Press following the performance, the 37-year-old gushed over the profound impact the star had on her life and career.

"She's always with me, I feel," she reflected. "I always keep her in my mind and in my heart, and try to lead in a way that I know that she would want me to."

Aretha, who died from pancreatic cancer at the age of 76 last August, was posthumously awarded the Pulitzer Prize Special Citation honour, becoming the first individual woman to earn the prize since the accolade was first presented in 1930. Organisers of the event said they were honouring the star for "her indelible contribution to American music and culture for more than five decades".

Upon receiving news of the accolade, the "(You Make Me Feel Like) A Natural Woman" star's team took to Instagram with a celebratory post, writing in the caption: "The queen still reigns."

Jennifer, who is set to play the soul legend in an upcoming biopic, also revealed the "Respect" hitmaker chose her personally for the role.

"(Aretha) called me when I was on Broadway and she was like, 'And I've made my decision, and it is you'. I was like, 'Yes ma'am, I'm ready. I will give it every bit of my all'," Jennifer recalled. "Even when I auditioned for 'American Idol', I sang 'Share Your Love with Me' by Aretha Franklin... Even when I did 'Dreamgirls, they were like, 'What's going to be the next big role that you would play, or that you feel could measure up to this?'."

"Fifteen years later, it has manifested," she concluded. 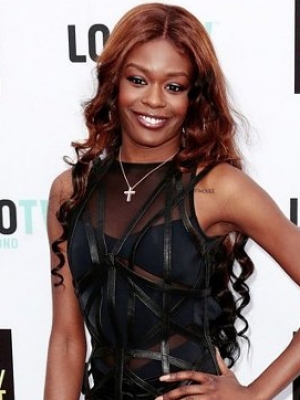