Mandy Moore Kicks Off Her Quest to Hike Mount Everest

A longtime hiking enthusiast, the 'This Is Us' actress has been documenting the start of her nine-day trek to the mountain's base camp in Nepal led by Alpine guide and friend Melissa Arnot.

The "This Is Us" star, a longtime hiking enthusiast, kicked off a nine-day trek to the mountain's base camp in Nepal on Monday, May 20, accompanied by friends including experienced Alpine guide Melissa Arnot, and she has been sharing footage from her journey so far on Instagram.

"Today's the day," Mandy captioned a photo of her crew. "Couldn't be more thrilled and grateful to be on this journey with this group.... and with our fearless leader @melissaarnot at the helm. Stay tuned for updates in stories!."

She went on to post a series of snaps of the picturesque view as the group began the climb, as well as snaps of the donkeys they encountered along the way. 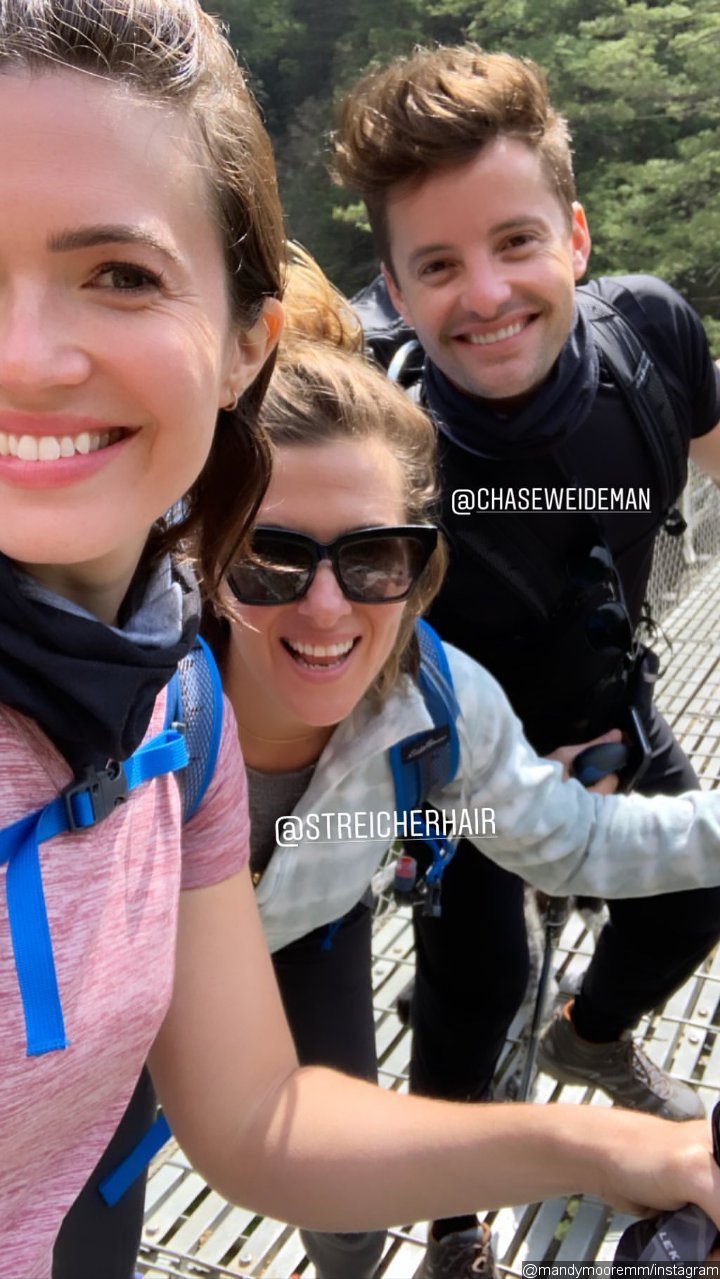 Mandy Moore shared pictures of her and her friends climbing the mountain.

"Traffic was a little intense," she wrote over one image of a group of mules blocking their path. 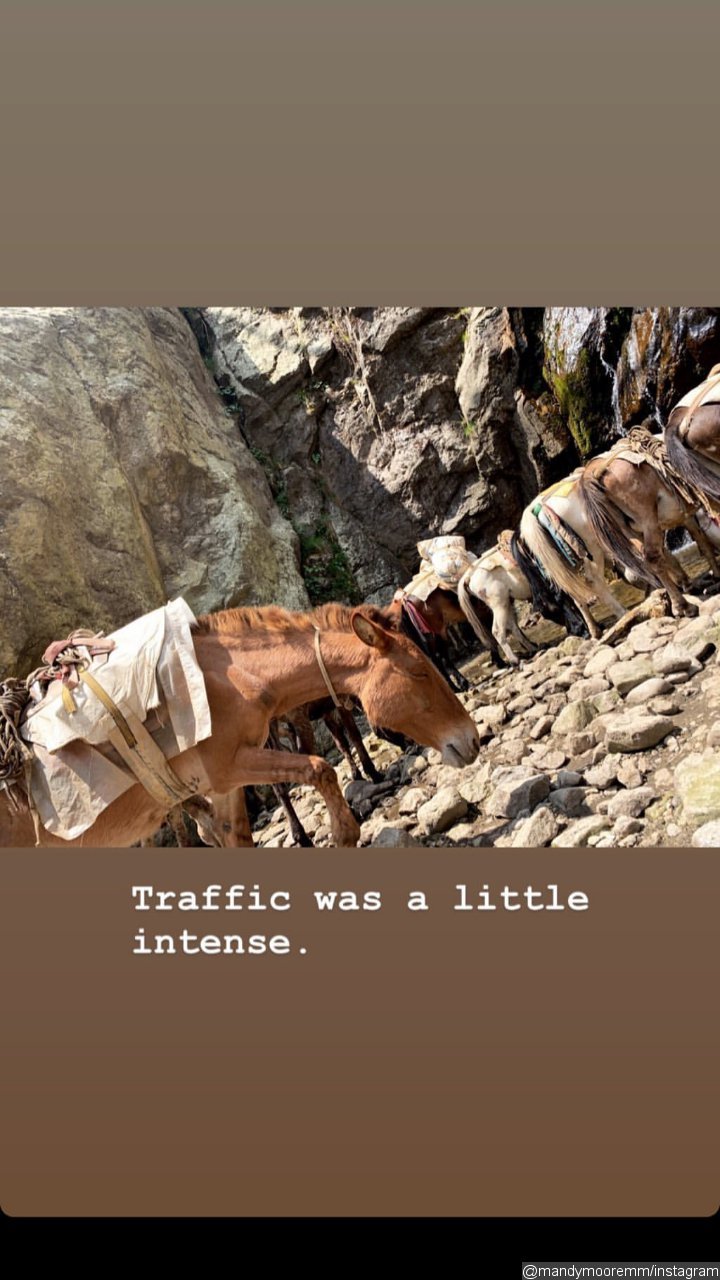 Mandy and her pals also had to cover their faces to avoid breathing in the dirt as they walked behind the animals.

"These guys kick up a lot of dust," she explained in another photo, although she admitted she had a soft spot for the donkeys.

"See?" she added, pointing out a cloud of dust, before adding, "But they sure are cute". 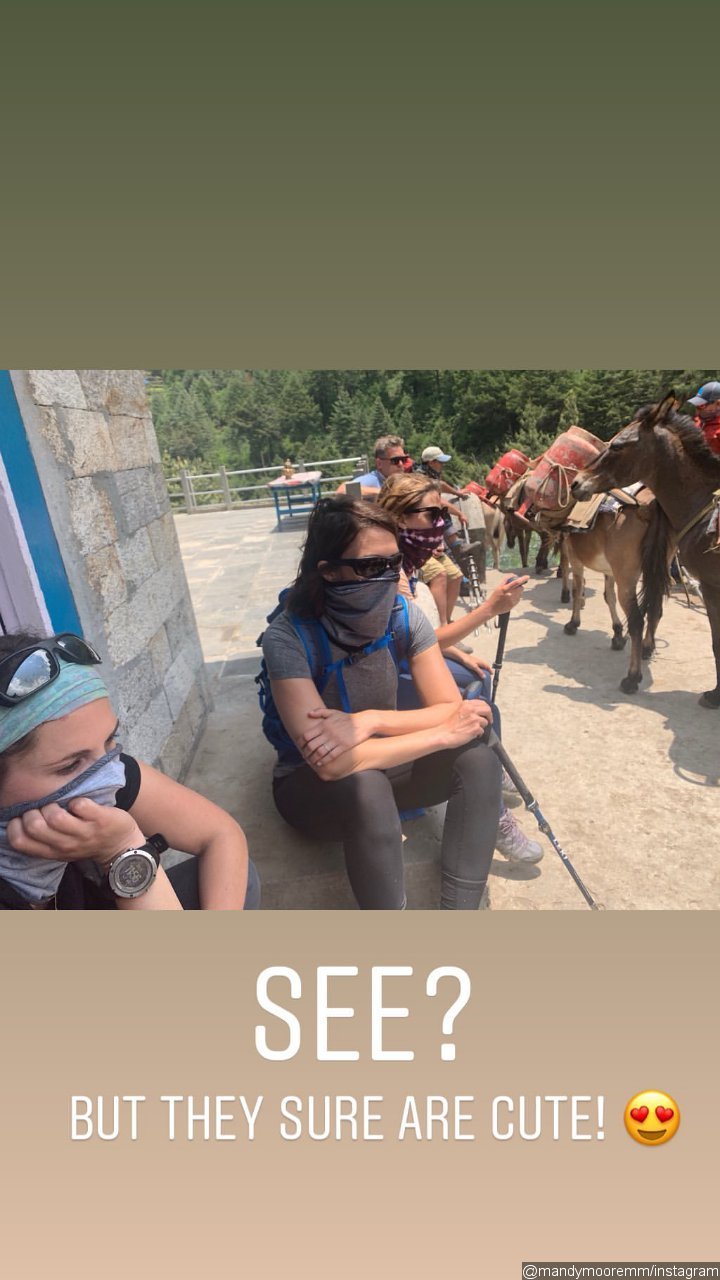 Mandy Moore said she and her pals had to cover their faces to avoid breathing in the dirt.

Mandy went on to upload shots from their resting place in Monjo, Nepal, where she and her pals admired the scenery.

"Taking in the view from our teahouse," she captioned the video.

And the group even managed to find a restaurant broadcasting the series finale for "Game of Thrones", which premiered on Sunday: "Never seen an episode but very happy my friends get to watch the GOT finale that they missed while we've been trekking in Nepal," she wrote alongside a video clip of her excited pals.

The Mount Everest adventure isn't the first major hike Mandy has undertaken - she previously enjoyed treks in New Zealand and in Chile, where she honeymooned with new husband Taylor Goldsmith, and she conquered Africa's Mount Kilimanjaro in April, 2018, after which she made it clear Everest was on her bucket list.

"I would love to do Everest base camp, because I'm very much into the hiking and climbing now," she told U.S. talk show host Ellen DeGeneres last year.

Laura Bell Bundy 'So Blessed' With Birth of First Child

Mandy Moore on Moving Past Self-Doubts and Self-Criticism: None of That Matters