The 19-year-old YouTube star looks carefree while leaving Bootsy Bellows in West Hollywood with some pals at 2 A.M. while her parents are entangled in the college admissions scandal.

AceShowbiz - Olivia Jade continues to enjoy her life like normal while her parents Lori Loughlin and Mossimo Giannulli are entangled in legal drama due to their alleged involvement in the college admissions scandal. The 19-year-old influencer was partying with her friends in Los Angeles on Wednesday, May 15.

Olivia was spotted leaving Bootsy Bellows in West Hollywood around 2 A.M. Looking carefree, the YouTube star stepped out with some pals. She rocked a black top, denim jacket, checkered pants, a black beanie and black Dr. Martens boots for the outing. 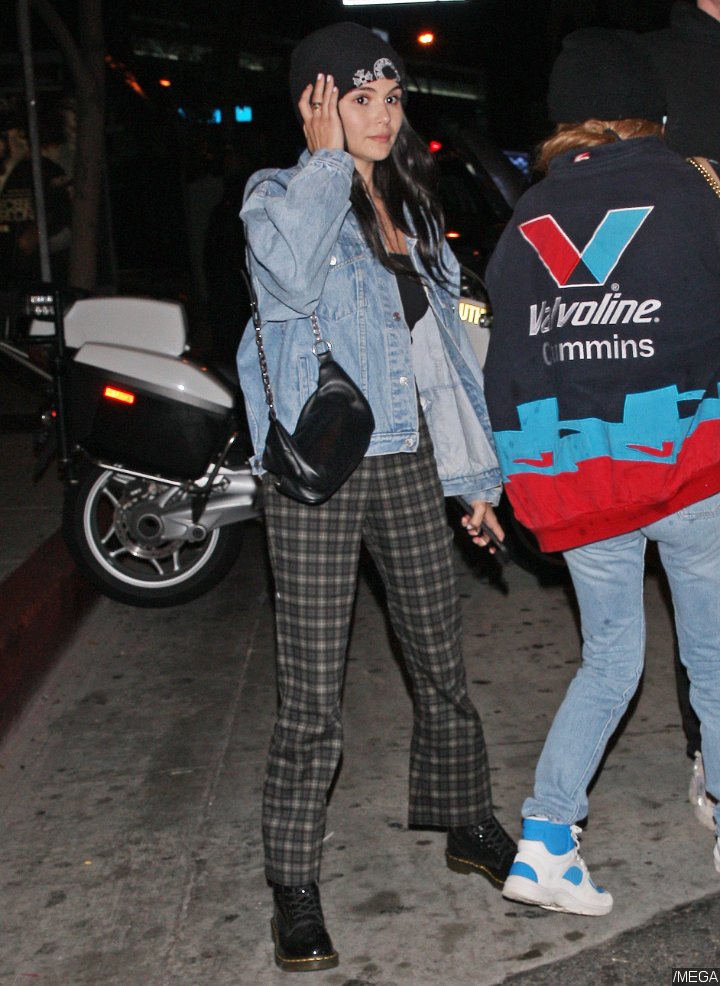 Olivia Jade leaves a nightclub in West Hollywood with friends.

Last month, Olivia was caught on camera partying with fellow YouTube celebrities at the home of YouTube star David Dobrik in Studio City, CA. Another YouTuber, Heath Hussar, shared videos of the party though Olivia reportedly tried to be careful and asked the group "to make it a cellphone-free zone." She has reportedly moved out of her parents Bel-Air mansion amid the legal drama.

Olivia's parents Lori and Mossimo have officially pleaded not guilty to the charges of mail fraud and money laundering conspiracy. They are accused of paying $500,000 fake charity to get their two daughters into the University of Southern California as part of the school's crew team - even though neither of them participated in the sport. They turned down a plea deal because it included jail time.

In related news, Olivia's high school counselor will be summoned as a witness in the college admissions case against her parents. According to TooFab, the Marymount High School staff member was involved in an altercation with her dad Mossimo after the counselor questioned her supposed rowing credentials.

The counselor reportedly learned from admissions staff at USC that Olivia's sister Isabella had applied as a member of the rowing team, but Marymount itself didn't have any such team. The scam ring leader Rick Singer told the Justice Department that the counselor "did not believe that either of the Giannulli daughters participated in crew, and was concerned that their applications may have contained misleading information."

If convicted, Lori and Mossimo face up to 20 years in prison on each charge.