The elaborate fashion display does not end on the pink carpet as the 'Dark Horse' singer changes her short bejeweled dress into a burger costume inside the event.

AceShowbiz - Katy Perry stunned as she dressed as chandelier at the 2019 Met Gala on Monday, May 6. But that wasn't her only jaw-dropping look that night as the pop star later turned into a cheeseburger inside the venue.

Pictured inside the Metropolitan Museum of Art in New York City after walking the pink carpet, Katy wore a plastic cheeseburger ensemble designed by Moschino. The costume looked juicy with tomatoes, lettuce, cheddar cheese and pickles layered together in between two buns. 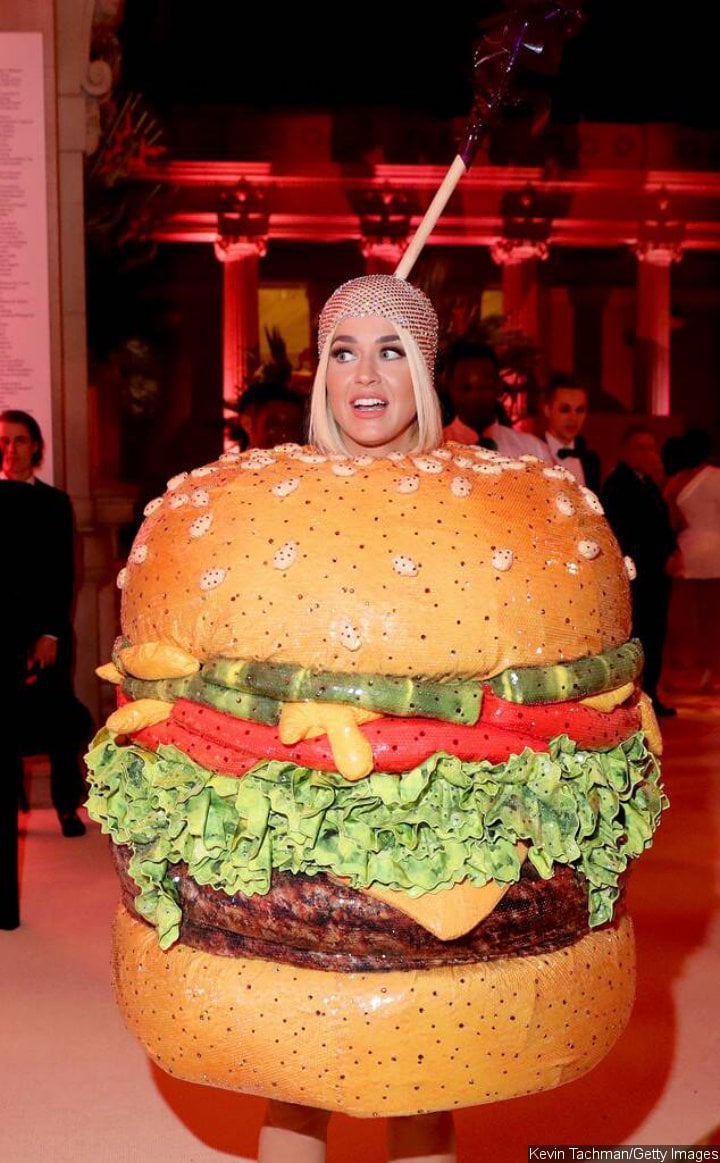 Katy Perry traded her chandelier ensemble for a cheeseburger costume inside the Met Gala.

Earlier that night, Katy arrived in a double chandelier ensemble, also designed by Moschino. The short bejeweled dress was covered in Swarovski crystals and featured two tiers of lightbulb flames around her waistline and her head. She wore matching bejeweled headpiece and jewel-encrusted shoes.

Needless to say, the "Firework" songstress' look at the annual fund-raising event became the talk of the town on Twitter. Many commented that her chandelier dress reminded them of "Beauty and the Beast" character Lumiere.

Also channeling a character from a fairytale at the Met Gala was Zendaya Coleman. The former Disney Channel star oozed a princessy vibe in a black-and-blue corseted Tommy Hilfiger ballgown with white puffy sleeves and a full A-line skirt.

Carrying a small pumpkin clutch, she showed a little bit magic with the help of her stylist Law Roach, who acted as her fairy godmother. Zendaya's dress lit up as Law waved his magical wand on the 22-year-old star.

Zendaya's look paid tribute to her and Law's professional journey together from Disney to the next chapter of Zendaya's acting career. The two of them have worked together since the "Spider-Man: Far From Home" actress was a teenager.

Zendaya later had a Cinderella moment as she lost one of her glass slippers when she walked up the stairs to make her way into the gala.

Taking to Instagram, she showed behind the scenes of her lit-up dress.