AceShowbiz - Sigourney Weaver has surprised the students who put on an ambitious high school production of horror movie "Alien".

The 69-year-old stopped by North Bergen High School in New Jersey on Friday, April 26 to congratulate the stunned cast of "Alien: The Play".

As the excited teenagers cheered and clapped for their idol, Sigourney - who portrayed heroine Ellen Ripley in three films of the franchise - praised the cast on the success of their production.

"I'm so excited to be here. I'm representing all the Alien fans from all over the universe," she said. "I think what you're doing is so cool and so important."

The students made their own costumes for "Alien: The Play" from recycled materials in a painstaking tribute to the iconic sci-fi horror movie, that opened almost 40 years ago in May 1979.

New Jersey state senator Nicholas J. Sacco also shared a video of the moment on Twitter, and wrote, "Sigourney Weaver visiting the NBHS cast and crew at their encore performance of Alien after national media recognition was unbelievable!! #alien #Alien40th." 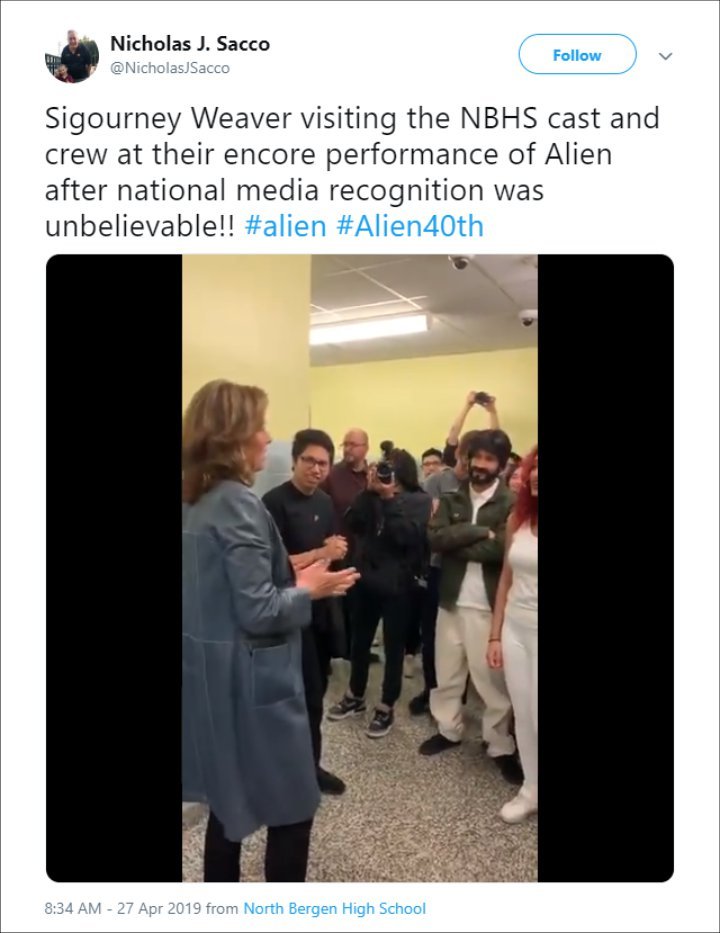 The actress previously praised the cast and crew of the play in a video she shared on the "Alien" movie's official Twitter account after clips from the high school production went viral.

"I saw a bit of your production of Alien. I just want to say it looked incredible. You put so much heart and soul into that and the alien, I must say, looked very real to me," she gushed. "I just want to send our compliments, not only from me, but from James Cameron and the original screenwriter, Walter Hill. We all say bravo, well done. And just one more thing - you know, the alien might still be around. So when you're opening your locker, just do it very slowly."

The film's director Ridley Scott reached out in a letter he sent to the school's drama department too, and thanked them for choosing his movie to transform into their play. 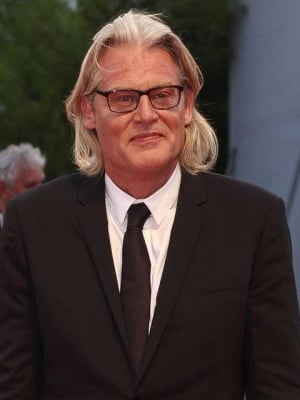