When informing his followers about the loss of Magnus, the 'Avengers: Endgame' actor shares what he will miss from the 700-pound beast that lived in his Washington farm.

AceShowbiz - Chris Pratt is mourning the death of his beloved boar.

The 700 pound (317.5 kilograms) beast, named Magnus, passed away earlier this week, beg April 22 and the "Avengers: Endgame" star took to Instagram on Friday to share the sad news with fans.

"RIP 'Magnus' Our magnificent gentle Tamworth giant fell ill and passed away two days ago," he wrote. "This was a hard one. He was as cuddly as a 700lb boar could be. We'll miss him."

"He had the biggest nuts of any mammal I'd ever seen in person. I'll miss seeing those bowling ball size testicles waggle to and fro as he rooted for hazelnuts in the hay."

Phaedra Parks and Bravo Reportedly Discussing Her Return to 'RHOA' 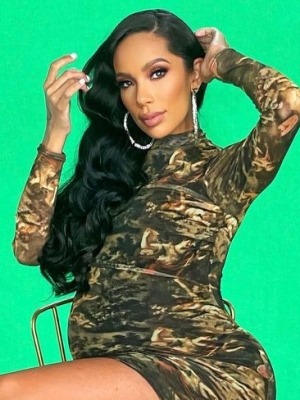