Alex Trebek to Take Hiatus From 'Jeopardy!' Amid Cancer Battle Before Returning for Season 36

In a Twitter video from the last day of taping, the 78-year-old assures fans that he is 'feeling good' despite reports, adding that he will be 'continuing with my therapy.'

AceShowbiz - Alex Trebek is taking some time off from "Jeopardy!". In a video posted by the TV show's Twitter account, the host has announced that he will be focusing on getting treatment for his stage 4 pancreatic cancer.

In the video that was shared on Wednesday, April 17, the game show host said, "Hi, everyone. Some of you may recall that at the beginning of this season I promised you that we had some surprises in store for you." Trebek went on saying, "Well, of course, I had no idea at that time that there were some suprises in store for me as well."

"So here, on the last day of taping for our 35th anniversary season, I wanted once again to thank you for your continuing messages of encouragement and support, particularly the many cards I've received from young people," he added. "I'm touched beyond words." 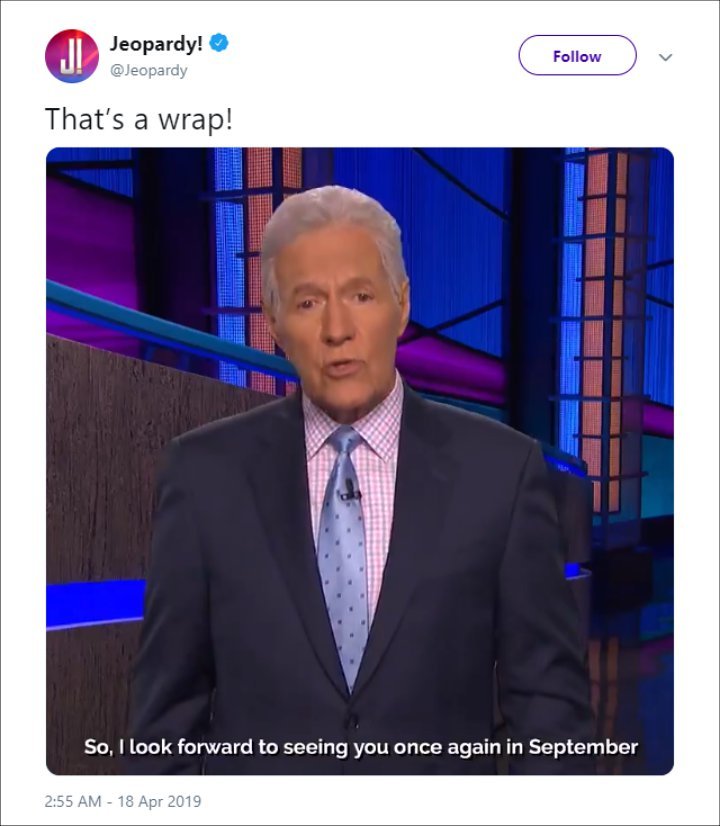 He also assured fans that he was "feeling good" despite reports. "I'm continuing with my therapy and we...[are] already working on our next season, the 36th year of 'Jeopardy!'," he continued. He concluded his video, "I look forward to seeing you once again in September with all kinds of good stuff."

Trebek announced in a video posted to the show's official YouTube account earlier this month that he was diagnosed with the serious illness. "Now, normally, the prognosis for this is not very encouraging, but I'm going to fight this," the 78-year-old TV personality said. "And I'm going to keep working and with the love and support of my family and friends -- and with the help of your prayers also -- I plan to beat the low survival rate statistics for this disease."

"Truth told, I have to [keep hosting] because under the terms of my contract, I have to host 'Jeopardy' for three more years," Trebek, who has hosted the game show since 1984, joked. "So help me. Keep the faith, and we'll win. We'll get it done."

According to the American Cancer Society, pancreatic cancer, on average and across all stages, has a 5-year survival rate of 9%. Have a speedy recovery, Trebek!

Report: John Cena Is in Talks for 'The Suicide Squad', Dave Bautista Is Out

'Jeopardy!' and 'Wheel of Fortune' Decide to Tape Without Audience Due to Coronavirus Outbreak

Alex Trebek Has Rehearsed His Goodbye Prior to 'Jeopardy!' Impending Exit 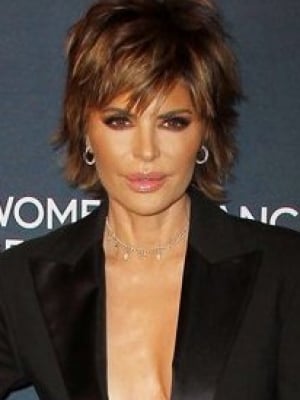