When promoting for his new Netflix comedy series, 'Turn Up Charlie', the 'Luther' star shoots down speculations that he will take over Daniel Craig as the coveted 007 agent.

AceShowbiz - Idris Elba knew he was stirring up trouble when he hinted at rumours of his involvement in a future James Bond movie on Twitter, but insists it was all just "a joke."

The "Thor" star has long been a fan favourite to take over as the suave superspy when Daniel Craig steps down from the coveted role, and last summer (August 2018), Idris sent social media users into a spin after sharing what appeared to be a very telling tweet.

"My name's Elba, Idris Elba," he posted, mimicking the famous line uttered by Bond throughout the film franchise.

He then appeared to shoot down the speculation by adding, "Don't believe the HYPE..."

The Brit has spent the months since continuing to dismiss the gossip, although he had a little fun at the Golden Globe Awards in January when he crossed paths with Craig, and shared a funny photo of himself giving his fellow actor a sideways glance as Elba played up the uncomfortable situation.

Now Idris is clearing up the rumours once and for all, claiming his Twitter post was all in jest - and there's nothing more to it.

"I took the p**s a little," he tells The Hollywood Reporter, "but I was also reminding people that I never (officially) got referred to as James Bond. So, I was like, 'Hello, my name is Elba. Idris Elba.' It was a joke. I swear to God."

Idris' comments emerge days after he ruled himself out of the running to succeed Craig as 007.

"Bond is one of the biggest franchises in the world, and for that reason, whoever ends up playing it, lives it. You're THAT character, and known as that character for many, many years," he told the Daily Mail's Event magazine. "I'm creating characters now that can still live alongside Idris. Not ones that take over me and solely define me."

Instead, Idris is enjoying being able to take on a variety of different projects. He is currently promoting his new Netflix comedy series, "Turn Up Charlie", a show he co-created after tiring of the drama and action gigs he was being inundated with.

"I'm a goofball all day, and my kids and people who know me see it, but nobody was offering me those roles," he laments to The Hollywood Reporter.

"My career is more like a buffet, and I like it that way," he shares of his many TV and film roles, including hit detective drama "Luther" and upcoming movie musical "Cats", "It's what keeps me alive and interested."

In addition to his acting career, Idris recently stepped behind the camera to make his directorial debut with "Yardie", and he is building up his resume as a top DJ, landing a coveted set at California's Coachella music festival next month.

"I want to be Donald Glover," he explains of emulating the actor, rapper, and "Atlanta" creator. "He's the man. He literally does it all." 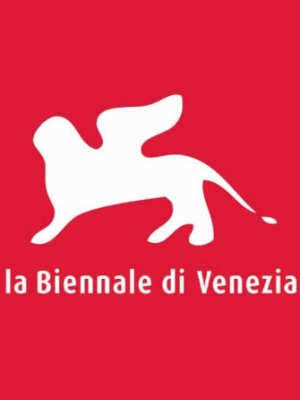