Claiming that the project is based on a true story, the 'Bye Bye Bye' singer reveals it will revolve around two girls, who won an RV on 'The Price Is Right', as they follow the band on their final tour.

AceShowbiz - Lance Bass is developing a movie about an *NSYNC fan story.

The boyband star, who was a part of the chart-topping group along with Justin Timberlake, JC Chasez, Chris Kirkpatrick, and Joey Fatone, is developing the project through his eponymous production company.

It will tell the story of two *NSYNC superfans who devoutly followed the "Bye Bye Bye" singers on their final tour.

"A lot of scripted stuff this year," Lance smiled to Variety of his upcoming work commitments. "In fact, one really great scripted film that we're working on right now is based on a true story that happened on the road with *NSYNC. So I'm still in the boyband world! But it's about girls. It's a really fun story about these girls that win a Winnebago on 'The Price Is Right' and follow us on tour - which randomly happened."

The fans appeared on the U.S. game show in 2001, hosted by Bob Barker at the time, and won a recreational vehicle (RV), which allowed them to follow the boyband around the country on what turned out to be their last-ever tour.

Carson Daly covered their trip at the time as part of an MTV special. During the programme, the girls were told by Lance that the group would pay whatever taxes they owed on the vehicle.

"One of their sponsors backed out, so they're a little low on cash right now," he told them. "But you know what? We're gonna sponsor you. We're gonna pay for your taxes and stuff. All right? So we're gonna make up what they did. So if you want to sponsor the Bob Barker-mobile, give them a call."

Lance also revealed that he could see the project being turned into a Broadway musical too. 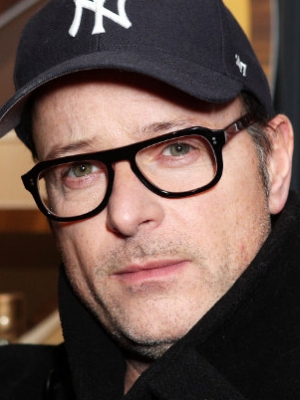