AceShowbiz - David Beckham and his children attended the London Fashion Week to support Victoria Adams a.k.a. Victoria Beckham at her Autumn/Winter 2019 fashion show on Sunday, February 17. While the family looked stunning as usual, 7-year-old Harper managed to steal attention thanks to her new hairstyle, which just so happened to bear striking resemblance to Anna Wintour's signature bob.

Sitting front row with her retired soccer player dad, Harper sported glossy bob with blunt fringe, teaming it with a black top and a matching skirt. Interestingly enough, Anna sat right beside the father-daughter duo at the fashion show. Thus, people couldn't help but see the similarity between the two ladies.

Even David himself admitted that his daughter's hairstyle looked similar to the Vogue editor-in-chief's signature bob. Taking to Instagram Stories, he posted a picture of Anna and Harper sitting side by side. "Harper & Anna, Who wore it better. Both Amazing," he wrote in the caption. Victoria posted the same picture to her own account and added several crying-laughing face emojis on the image. 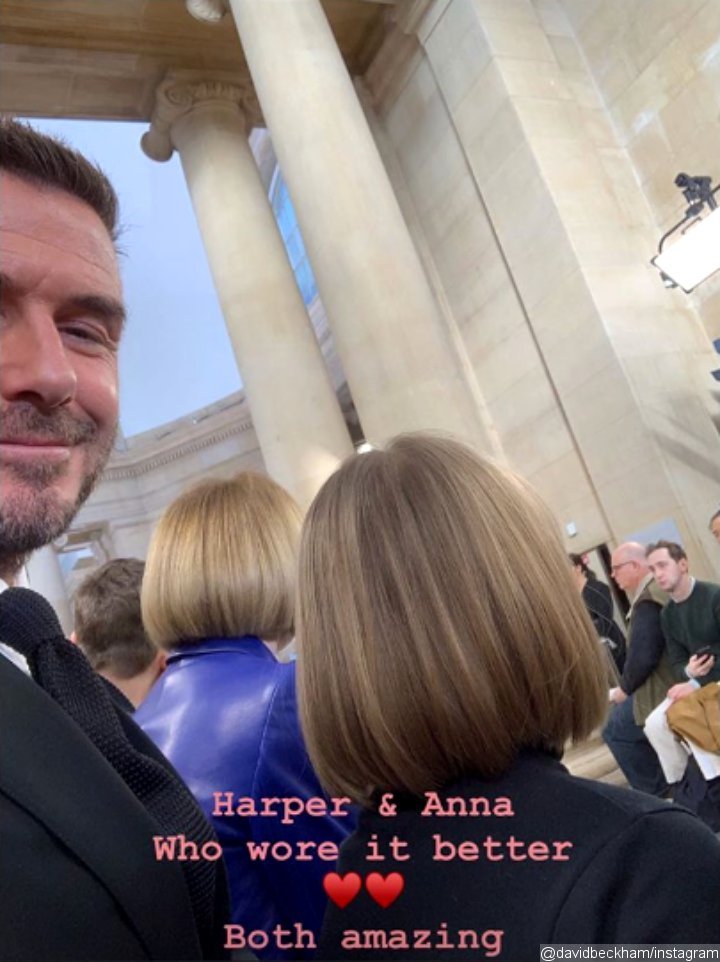 Not stopping there, David shared a picture of him, Harper and Anna at the show. However, he added a bob hair on his image to make it look like he was sporting the same hairstyle. "Who wore it better?? I cannot compete with Anna & Harper," he captioned the picture. 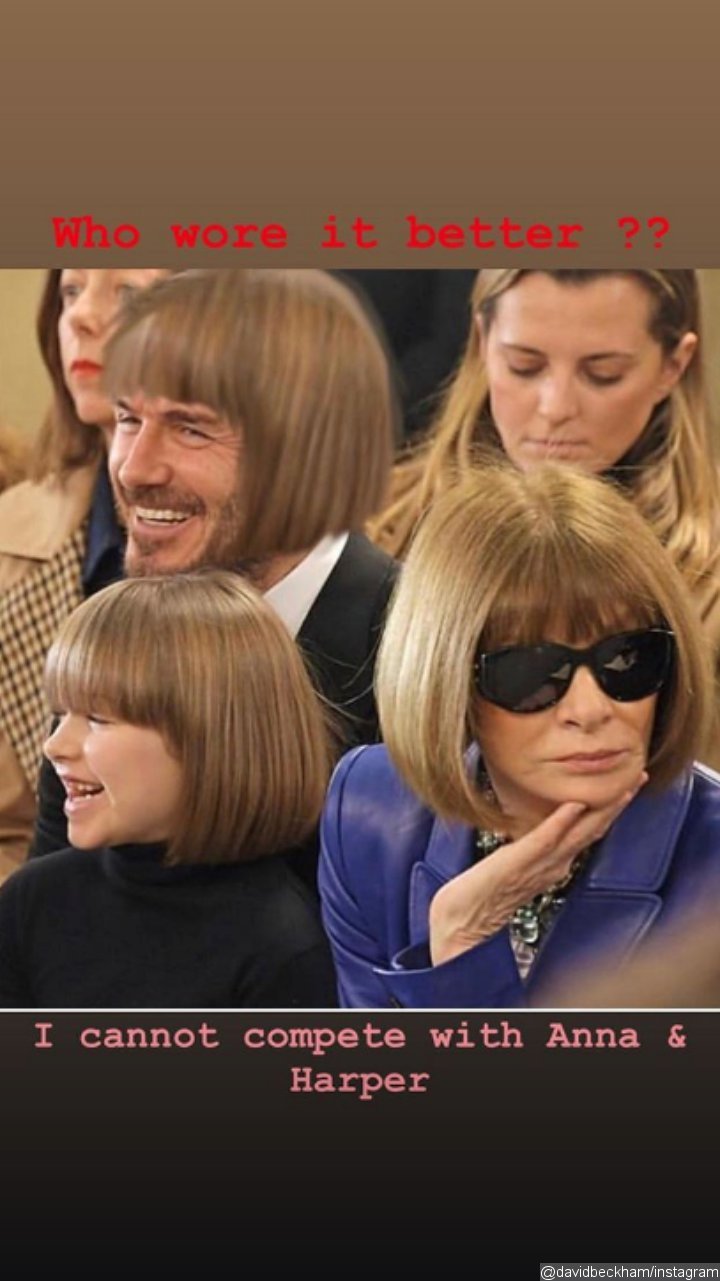 Harper and Anna's twinning moment aside, Victoria's show was a success. The former Spice Girls member showed off her collection which included tomato red dresses, silk blouses as well as tweedy coats. "It's the first time I've worked with a narrative," she said of her collection. "There's something quite cinematic about this collection. It's as if throughout the show each look is a different scene of life. The A to Z of her life."

David Beckham's Father Gets Engaged to Girlfriend During Coronavirus Lockdown