The 46-year-old is going emotional in the new trailer for the much-anticipated season 9 special, which will kick off on February 20.

AceShowbiz - Teresa Giudice is getting emotional in the upcoming season 9 reunion of "The Real Housewives of New Jersey". Bravo has just released a new trailer of the three-part special which sees the 46-year-old mother of four crying when the topic of her husband Joe Giudice, who will be deported to Italy after he finishes serving his jail time, is brought up.

In the new footage, host Andy Cohen can be heard asking Teresa, "What you're saying is that you will go your separate ways?" That is when Teresa breaks down in tears.

Multiple sources tell PEOPLE that "Teresa told Andy that if Joe gets deported, she's not going." It is also said that Teresa has told Joe about it "over the phone, and that he understood."

This is shocking since Teresa said at a previous reunion that she would consider moving overseas with her husband. "I mean, Italy's a beautiful place to live. I wouldn't mind, you know, I'm just saying. Listen, whatever God has planned for me, that's what's going to happen. I will embrace it the best I can."

During the reunion, Andy allegedly pressed the TV star about the status of their marriage and she did confirm that they would split. "She didn’t really express any sadness about that," a second source revealed. "She just focused instead on the girls. It was very matter of fact."

Previous report suggested that Teresa decided to divorce Joe just hours after a judge officially ruled in immigration court back in October that Joe must be deported from the United States due to his fraud charges. "She is talking about divorce, absolutely," said a source at that time. "There is no way Teresa is going to uproot her life. He did this, why should she suffer?"

"Teresa won't be moving to Italy with Joe, period," claimed the source. "In no uncertain terms would she even consider uprooting her life with the girls and moving." While it is such a devastating decision, Teresa was allegedly "confident that staying in the United States is what's best for her and her daughters at this time." Another source spilled, "Teresa is still deeply hurt and upset that this entire situation has happened to her family and since Joe has been away, [she] has had a lot of time to reflect on everything."

"The Real Housewives of New Jersey" season 9 reunion will start airing on Wednesday, February 20 at 9 P.M. on Bravo.

'RHONJ': Joe Giudice Fires Back at Joe Gorga After Being Accused of Cheating on Teresa 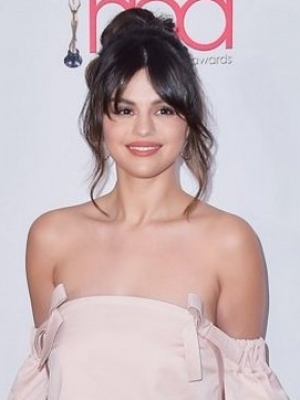