The 'Hate It or Love It' hitmaker, who once dated the 'Stronger' rapper's wife, unveils the risque tune at a listening party for a new album in Los Angeles.

AceShowbiz - The Game has risked incurring the wrath of Kanye West by opening up about his rough sex with the "Stronger" rapper's wife Kim Kardashian on a new track.

At a listening party for a new album in Los Angeles on Thursday night (January 24), The Game unveiled the tune, in which he boasts about bedding the reality TV star.

According to TMZ, the track features the lyrics: "I held Kim Kardashian by the throat, n**ga/I made her swallow my kids until she choked, n**ga", and it even features an apology to Kim's husband: "I should apologise cause 'Ye my folks, n**ga."

The Game and Kim briefly dated before she started romancing Kanye.

The rap star, real name Jayceon Taylor, previously claimed he had slept with all three Kardashian sisters in the lyrics to another raunchy song, 2016's "Sauce", on which he rapped, "I used to f**k b**ches that Usher Raymond passed on/Then I f**ked three Kardashians/Hold that thought."

Kourtney Kardashian and Khloe Kardashian subsequently insisted that's not true, two years after The Game himself admitted he had never been romantic with Khloe after spending time together following her split from ex-husband Lamar Odom.

"Those are just rumours," he said of the relationship claims back in 2014. "It's funny, man, 'cause me and Khloe, we're cool. People don't know, but I've been knowing Khloe for 12 years, you know what I'm saying? I went and dated Kim for a while. A little short while. Me and Khloe are cool."

Kim has never commented on her apparent fling with The Game.

The Game Asks Fans to 'Pray for Me' in Heartbreaking Post 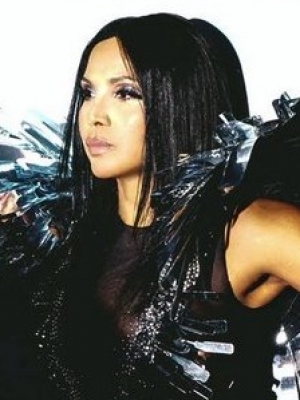