'Ghostbusters 3' May Have Four Teen Leads

Words on the street is that the new movie from Jason Reitman will feature new characters, two boys and two girls.

AceShowbiz - As "Ghostbusters 3" has been officially announced with very little being shared about the details, a new report has emerged about the characters. According to The Hollywood Reporter's Borys Kit, the new installment of the supernatural comedy franchise will have four teenagers as its lead characters.

"The main characters will be 4 teens: 2 boys, 2 girls, per sources," Kit tweeted shortly after Jason Reitman made the announcement that he's going to direct the third movie. The entertainment journalist additionally revealed in another post that the project "has been using the codename RUST CITY during its stealth development."

The main characters will be 4 teens: 2 boys, 2 girls, per sources. https://t.co/jwcSlpz3CY

The movie has been using the codename RUST CITY during its stealth development. https://t.co/cvfgOcU0QO

"Ghostbusters 3" will serve as a continuation to the 1984 movie and is not related to the all-female reboot "Ghostbusters (2016)" which was directed by Paul Feig. "I've always thought of myself as the first 'Ghostbusters' fan, when I was a 6-year-old visiting the set. I wanted to make a movie for all the other fans," Reitman told Entertainment Weekly. "This is the next chapter in the original franchise. It is not a reboot. What happened in the '80s happened in the '80s, and this is set in the present day."

Reitman, whose father Ivan Reitman directed the first two movies in the "Ghostbusters" film franchise, co-writes the new movie along with "Monster House" and "Poltergeist" remake filmmaker Gil Kenan. "This is very early, and I want the film to unwrap like a present. We have a lot of wonderful surprises and new characters for the audience to meet," Reitman teased.

The plot is still under wraps and it's currently unknown if there's any of the original cast members like Dan Aykroyd, Ernie Hudson or Bill Murray will return for the upcoming movie. Harold Ramis, one of the original actors in the first two movies who also co-wrote the scripts with Aykroyd, passed away in 2014.

Filming is expected to start in a few months for a summer 2020 release. Ivan Reitman is still involved in the upcoming movie as producer. 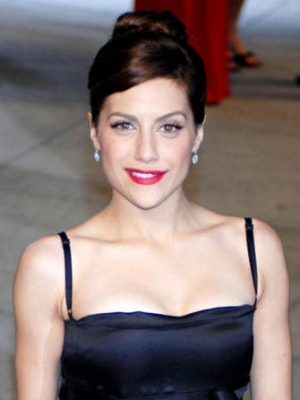