The 'Bumblebee' star and the British actress are all smiles as they pose side-by-side at various ABB FIA Formula E events in Morocco over the weekend.

AceShowbiz - Justin Theroux and Elizabeth Hurley bonded in Morocco over the weekend. They spent time together as they attended three different events in the city of Marrakesh on Friday, January 11 and Saturday, January 12.

The duo was matching in black at a cocktail party ahead of the ABB FIA Formula E 2019 Marrakesh E-Prix at the Amanjena Resort on Friday night. The 53-year-old beauty dressed to impress in a black knee-length dress with a detailed, floral lace print and long sleeves, paired with strappy heels.

Justin also wore an all-black ensemble consisting of a black jumper, slim-fitting jeans and black boots. He accessorized with a golden necklace. The two looked chummy while chatting with another man at the party. 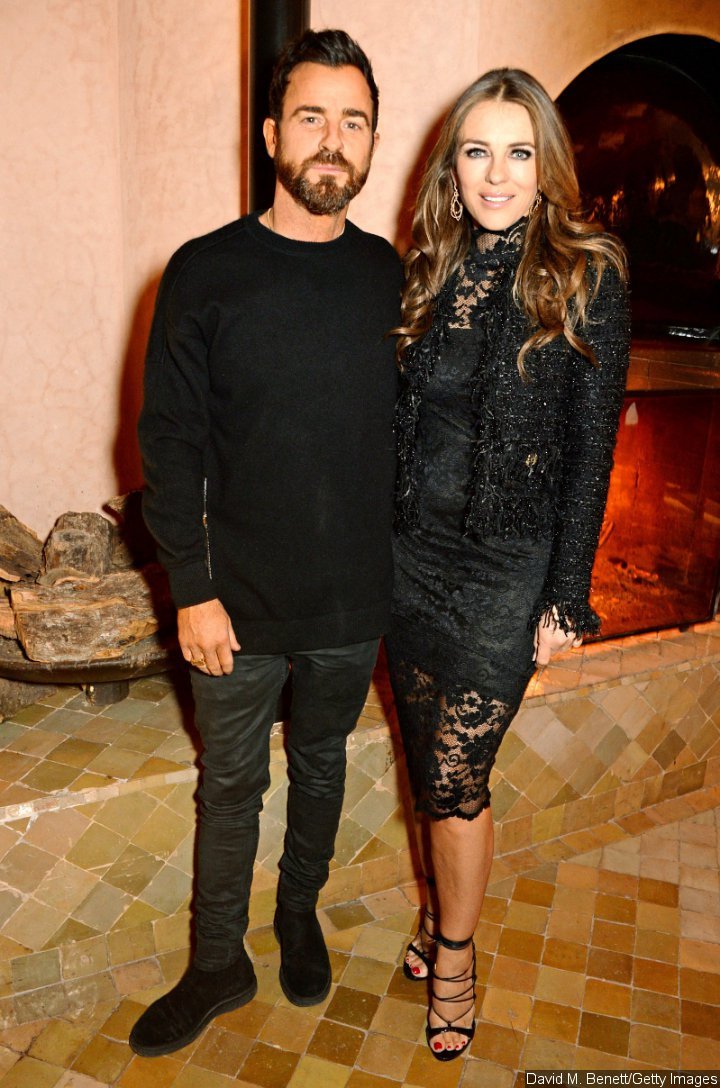 Justin and Elizabeth were matching in black at a cocktail party at the Amanjena Resort.

Justin and Liz were also all smiles while posing side-by-side at the Saturday race event. "The Leftovers" alum opted for a casual look in a dark denim, a blue T-shirt and a black jacket, finished off with black aviator sunglasses. The British actress, meanwhile, stunned in a long-sleeve white lace dress, nude heels and two-toned sunglasses.

Elizabeth shared her pictures from the event. In one image, she flashed a smile as she walked along with Justin. "The Royals" star also posed with Spanish bullfigther Cayetano Rivera and English socialite Tamara Beckwith at the event.

Later that night, they were spotted together again at the ABB FIA Formula E Championship Dinner. Elizabeth showed off her enviable curves in a burgundy gown with a slit way down the front. As for Justin, the 47-year-old actor/screenwriter looked sharp in a black jacket and jeans.

The two didn't show any PDAs, but Radar Online reports that "it looked like sparks were flying" between them in Morocco. 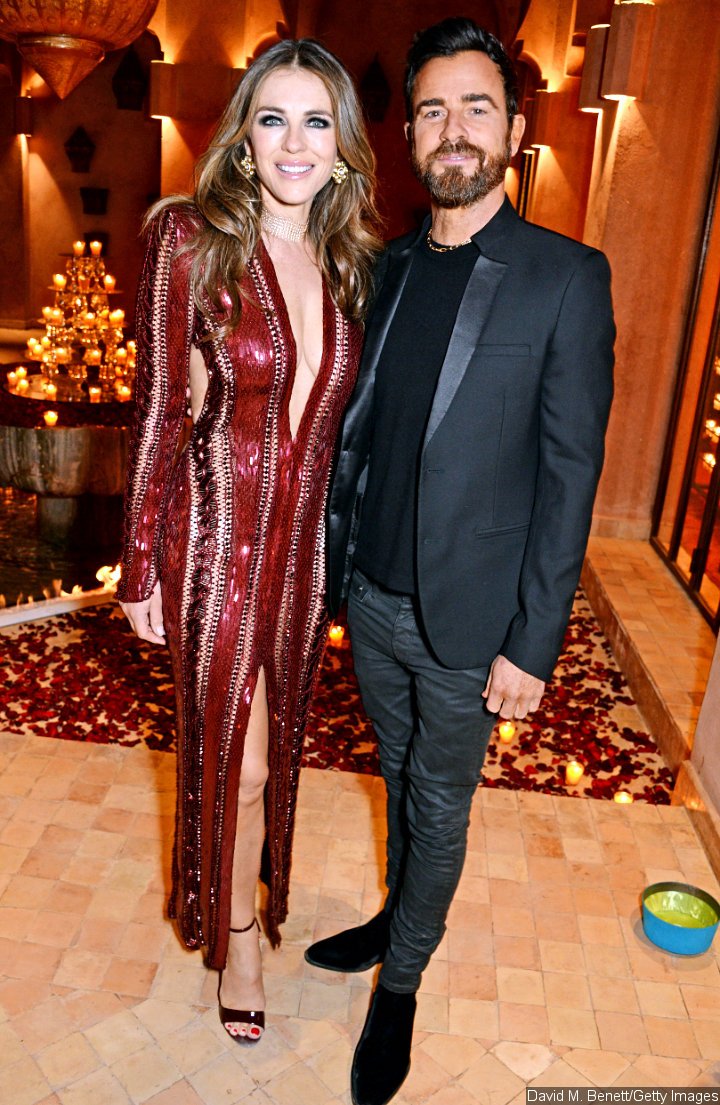 Justin has never been in a public relationship since separating from Jennifer Aniston in 2017, after two years of marriage. He was previously in a relationship with stylist Heidi Bivens for 14 years until 2011.

As for Elizabeth, she was married to Indian textile heir in 2007, but announced her split in 2010. Their divorce was granted in 2011. They don't have any children together, but Liz is a mother to 16-year-old Damian Charles Hurley, from her brief relationship with businessman Steve Bing.