P. Diddy and Fox Deny Having Issues Over 'The Four'

Both the rapper and the network shut down claims that they have problem renegotiating his return to the singing-competition show.

AceShowbiz - P. Diddy has denied he is having problems renegotiating his return to Fox show "The Four: Battle for Stardom".

According to editors at Page Six the music talent show, which debuted in January 2018 and returned for a second season in June, may be cancelled due to the hip-hop icon's multi-million dollar salary.

Diddy, real name Sean Combs, reportedly takes home $1 million (£791,000) per episode. However, as the show didn't perform well in the second season, TV executives are reportedly considering dropping it unless cuts are made to his salary.

"The show tried to get Diddy to lower his rate, and he won't," a source told the publication. "They're not bringing the show back because of that. The decision isn't definite yet, but it's not likely that it will return."

The 49-year-old, who stars alongside fellow panellists DJ Khaled and Meghan Trainor with singer Fergie (Stacy Ferguson) as the host, is also reportedly not keen on returning for a third season in the summer.

But the entrepreneur has emphatically denied he has any issues with the network.

"(This) story is completely false," Diddy told Page Six in a statement. "I have a great working relationship with Fox. They have been great partners with me and my family, and this is not how I conduct business. I love this show. It is very special to me."

However, an insider told the publication that while the show has not been cancelled it has yet to be scheduled "on the current slate for mid-season".

Meanwhile Fox moved to shut down talk that Diddy may be replaced, insisting they would not continue the show without him.

"We have a huge amount of respect for (Diddy) and he has been central to 'The Four'," a representative for Fox told Page Six. "We would not do another instalment without him. We have a partnership that has worked well for both of us, and we look forward to continuing our relationship with him and his company."

'The Favourite', 'Roma' and 'Green Book' Among The Producers Guild Awards Nominees

P. Diddy and Fox Deny Having Issues Over 'The Four' 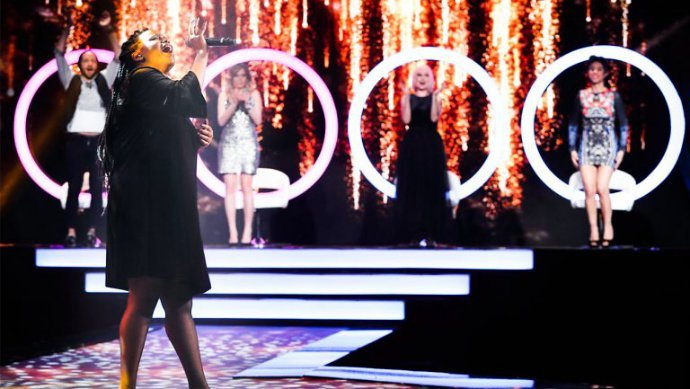