The 22-year-old model is spotted cozying up to the 'Spider-Man: Far From Home' actor while strolling the streets in the City of Love.

AceShowbiz - Jake Gyllenhaal has not confirmed his relationship with Jeanne Cadieu, but they clearly have no problem with flaunting their romance in Paris. The lovebirds were pictured together in the French capital on Wednesday, December 26, less than a week after news that they're dating broke.

The two looked relaxed as they strolled the streets, smiling while Jeanne pointed at something that caught her attention. The 22-year-old model held onto her 38-year-old boyfriend's arm during the casual outing.

Jake bundled up in an olive green bomber jacket featuring an extended collar with baggy black sweatpants and white tennis shoes. He also wore a green beanie and designer shades. He kept his hands warm by putting them inside his jacket pockets.

As for Jeanne, she looked effortlessly elegant in a black coat with matching leggings and boots. She had a gray scarf wrapped around her neck, while her long brunette tresses were let loose and fell on her shoulders.

It was previously reported that Jake and Jeanne have been dating since June this year. They have no intention to go public with their romance just yet, even not following each other on social media, though the "Nightcrawler" star joined Instagram earlier this month.

The two have reportedly taken their romance to Europe, with them being spotted hanging out in London in July and Greece in August. Earlier this month, the new lovers were also pictured with a friend while strolling the street in New York City. 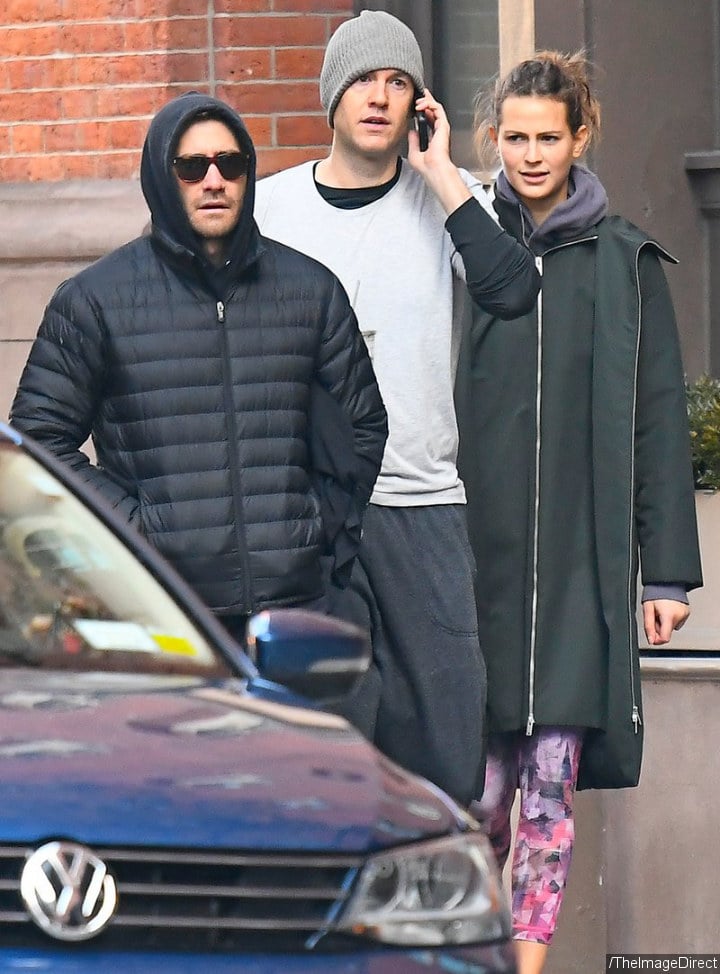 Jake Gyllenhaal and Jeanne Cadieu were spotted with a friend in New York City earlier this month.

Despite their big age gap, they click with each other. "Jeanne is very mature for her age. She's quirky, smart and loves history, reading; she's a really great and well-rounded person," a source told Us Weekly earlier this month. "She and Jake really took things slow, but are now pretty serious."

Rihanna Pays Tribute to Late Cancer-Stricken Fan: You Will Never Be Forgotten