The intimate outdoor ceremony, which is attended by the likes of Audrina Patridge and Mischa Barton, is televised for 'The Hills' reboot.

AceShowbiz - Spencer Pratt and Heidi Montag confirmed their love to each other once more. To celebrate their 10 years of marriage, the pair decided to renew their wedding vow on Wednesday, December 19.

To do that, the couple threw an outdoor ceremony along the coastline of Santa Barbara, California. The celebration was not a formal one, so the majority of the guests wore cocktail attire. In some photos which surface online, Heidi was wearing a white mini dress with sheer tulle skirt, carrying a bouquet of white and pink roses. Meanwhile, Spencer was wearing a black suit. 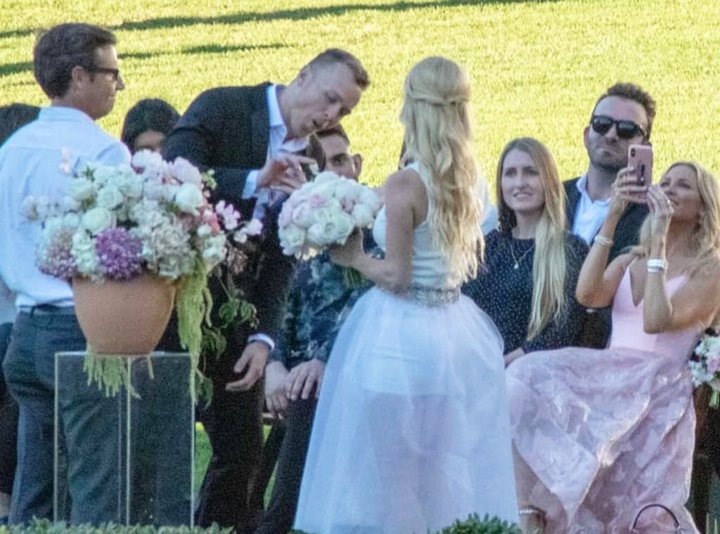 Spencer plucked a flower out of Heidi's bouquet.

Attending the ceremony were "The Hills" cast, including Audrina Patridge, Frankie Delgado, Jennifer Delgado, Jason Wahler, and Ashley Wahler. Also attending the event were newcomers Mischa Barton and Brandon Lee. The invited guests were seen smiling as they watched Spencer pluck a flower from Heidi's bouquet. 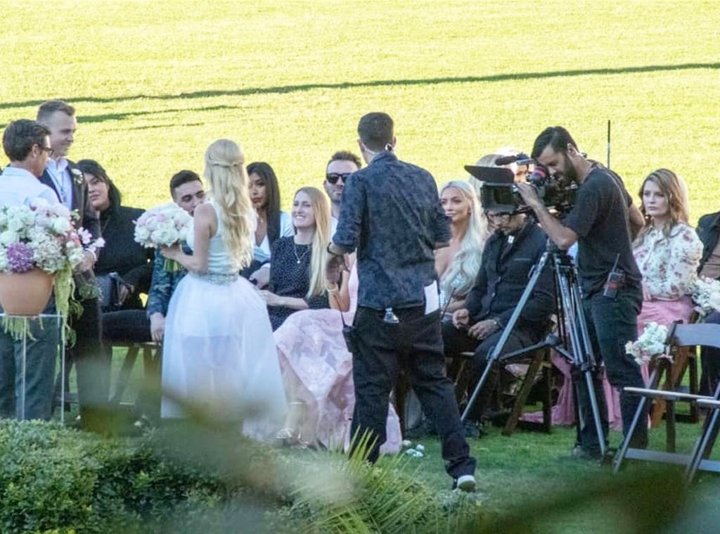 The wedding was recorded.

Back in August, Heidi and Spencer told E! News about their plan to spend their 10th anniversary. "We are going to renew our vows. We'll have Gunner [Stone, their baby] there and it'll be really fun," she said at the time. Spencer chimed along with his wife, "Hopefully we're going to Cabo and having lots of skinny margaritas." 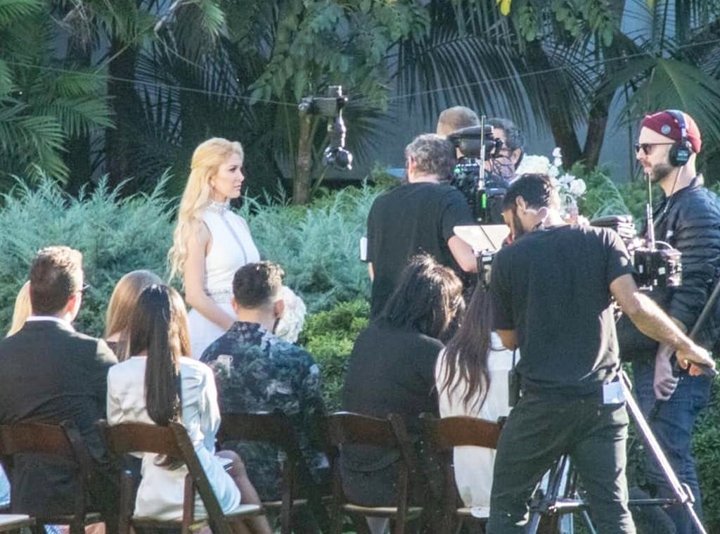 Heidi walked down the aisle.

Aside from talking about renewing their vows, the pair also dished on "The Hills" reboot. "Spencer's been trying to get 'The Hills' reboot since it ended," Heidi said. "I loved season one because that was just the magic and the beginning of it all and not knowing where it's going, so for me that's always nostalgic."

The ceremony is going to be featured on The Hill: New Beginnings" that will be aired in September, 2019. Mischa and Brandon will also join as new members of the cast, replacing Lauren Conrad and Kristen Cavallari who were confirmed to not take part on the reboot.